Currency markets were left a bit bewildered after US President Trump gave a much-anticipated speech to a joint session of Congress. The US Dollar edged fractionally lower from intraday highs as Trump spoke only to find a floor and erase much of the drawdown in the minutes after the address concluded.

The President seemed to be trying for conciliation, revisiting the uplifting themes he touched on in his victory speech on election night and marking a stark contrast with his otherwise combative rhetoric. That probably encouraged investors to some extent.

Substantive details about the administration’s fiscal policy proposals were decidedly absent however. Trump signaled his support of free trade – soothing worries about his prior protectionist pronouncements – but otherwise repeated familiar generalities about deregulation and infrastructure spending.

This leaves investors with relatively little to chew on as they try to figure out what the White House economic platform will mean for near-term growth and inflation trends. These will in turn shape speculation about the trajectory of Federal Reserve monetary policy.

Still, investors seem to be giving the US President the benefit of the doubt. The greenback’s post-speech recovery was accompanied by a parallel rise in benchmark Treasury bond yields, Asian stocks and S&P 500 futures. This hints the so-called “Trump trade” got a fillip.

The anti-risk Japanese Yen dutifully declined as risk appetite firmed. The New Zealand Dollar likewise plunged as the spread between local front-end bond yields and US equivalents narrowed to the smallest in 16 years. The Australian Dollar managed to hold up however, buoyed by supportive GDP data.

Looking ahead, PMI readings from the UK and the Eurozone are unlikely to make much of a splash considering the BOE and the ECB seem firmly locked in wait-and-see mode. The same consideration will probably mean that German CPI and unemployment data likewise pass with little fanfare.

From there, the ISM gauge of US manufacturing as well as the Fed’s favored PCE inflation gauge are expected to put factory-sector activity and economy-wide price growth broadly in line with recent trends. The Fed Beige Book survey of regional conditions seems likely to strike a similar tone.

This may ultimately see the spotlight centered on scheduled comments from Fed Governor Lael Brainard, a vocal dove. If she too seems to favor another rate hike sooner rather than later, the US currency may get a further upward push. The probability of a March increase is now priced in at 78 percent.

Are retail traders buying or selling the US Dollar, andshould you follow suit? Find out here ! 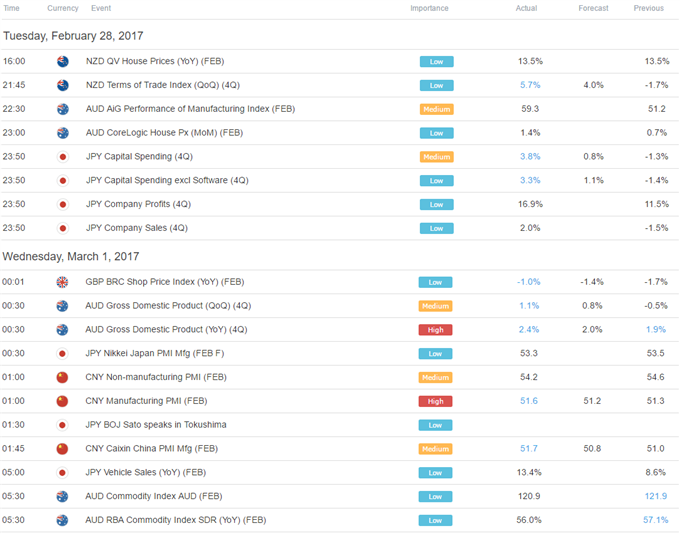 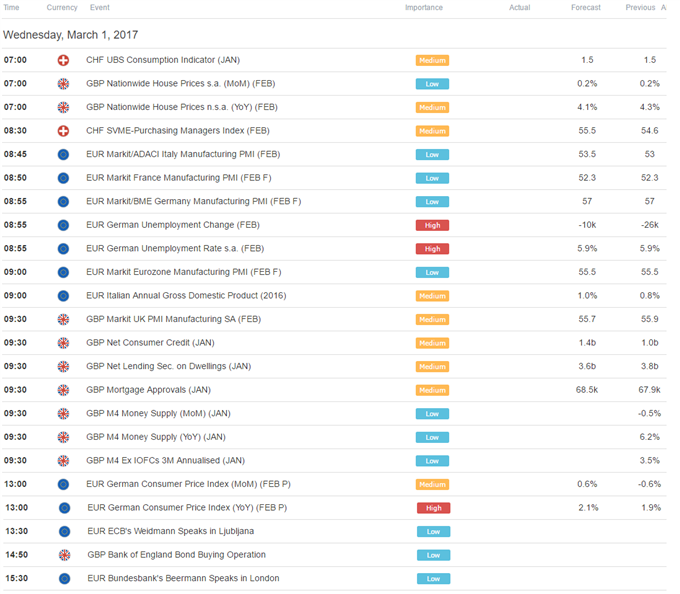