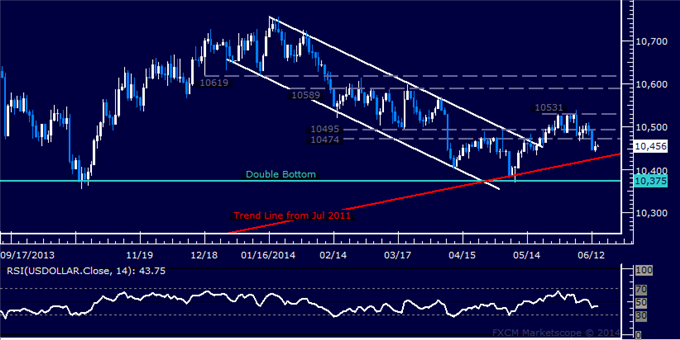 US DOLLAR TECHNICAL ANALYSIS – Prices paused for a breather after last week’s aggressive downturn. A move below resistance-turned-support in the 10474-95 area has exposed pivotal rising trend line support set from July 2011 (now at 10429). A breach beneath this barrier on a daily closing basis clears the way for a challenge of a double bottom at 10375. Alternatively, a reversal back above 10495 opens the door for another test of 10531, the May 28 high. 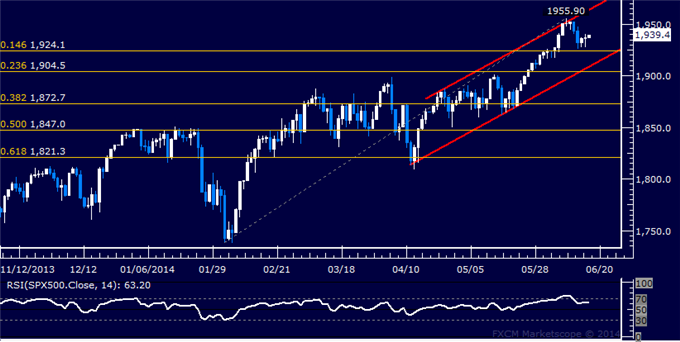 GOLD TECHNICAL ANALYSIS – Prices are moving lower after putting in a Bearish Engulfing candlestick pattern below support-turned-resistance at 1277.00, the underside of a recently broken Triangle formation. Near-term support is at 1248.96, the 23.6% Fibonacci expansion, with a break below that on a daily closing basis exposing the June 3 low at 1240.23 and the 38.2% level at 1226.81. Alternatively, a move above 1277.00 eyes yesterday’s swing high at 1284.77. 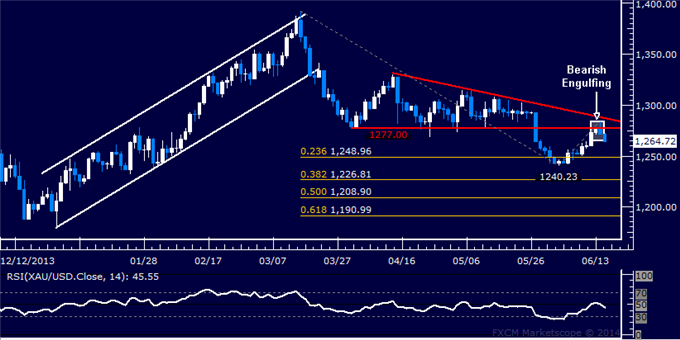 CRUDE OIL TECHNICAL ANALYSIS – Prices are stalling below resistance at 107.32, the 100% Fibonacci expansion, after jumping to the strongest level since mid-September 2013 late last week. Back-to-back indecision candles warn of ebbing bullish momentum and hint a reversal may be ahead. Support comes in at 105.96, the 76.4% Fib. A reversal below that initially aims for the 61.8% expansion at 105.12. Alternatively, a move above resistance targets the 123.6% level at 108.68. 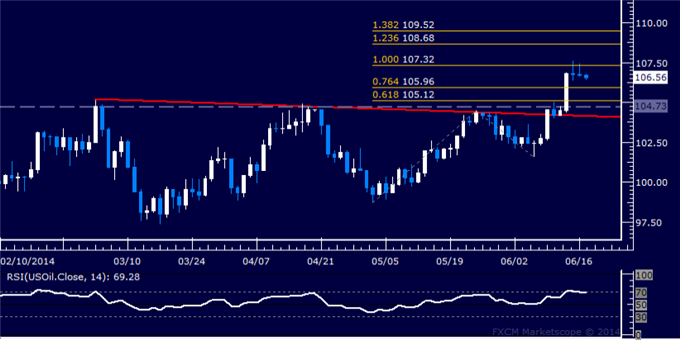