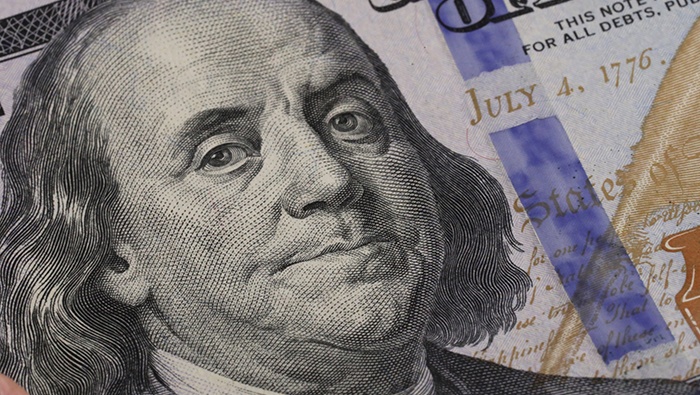 It was a bifurcated rate decision for the US Dollar as the currency caught a quick shot of strength on the statement release at 2pm, only for sellers to jump in to erase the entirety of that move starting at the 2:30 press conference. This led to a quick move right back to support, and sellers have continued to push since with places the USD below yesterday’s support, highlighting the unusual scenario of a ‘rate hike sell-off’ in a currency.

Interestingly, the same thing happened around the Bank of England earlier this morning, with the BoE hiking only for GBP/USD to pullback by more than 100 pips.

In the US Dollar, prices remain near a key spot of longer-term resistance. The price of 99.34 is a longer-term Fibonacci retracement that came in to hold the highs last week. This is also confluent with the topside of a bullish channel that’s been at work for almost a full year now.

On a shorter-term basis price have continued to pullback and are trading through near-term support of 98.32-98.45. There’s another major spot below that, spanning from 97.72-97.87. This is a zone of longer-term Fibonacci levels that came into play as resistance in late-February and early-March; and last week the bottom portion of that zone showed up as support.

This keeps the zone in play for further support potential, particularly if a higher-low develops above last week’s swing low at 97.71.

EUR/USD continues to show strength after stringing together a series of higher-lows and the grind-higher has been pushing through a number of resistance levels, such as the 1.1000 psychological level or the 1.1057 level, which was a prior point of support for a descending triangle formation.

And now, from a longer-term perspective, the mirror image of that formation has started to build, with resistance around the 1.1104-1.1140 area that came into play last week, combined with that rising trendline. This creates an ascending triangle formation.

If price can re-engage with resistance, we may have some bullish breakout potential to work with on the confirmation of the ascending triangle formation.

As looked at in the Tuesday webinar, I’ve started to line up GBP/USD for bullish themes. And into this morning, that theme was looking attractive with GBP/USD price action bouncing by more than 200 pips after the inflection with the psychological level at 1.3000.

The BoE threaded the needle, however, by initiating a rate hike without freaking out markets, exercising calm on forward-looking conditions that hasn’t unsettled market participants, at least not yet, and this led to a fast pullback in the pair.

But, bullish potential still remains, particularly if buyers come in to hold support above the bullish trendline that started to build off of the lows. This places possible supports at around 1.3070 or 1.3085.

As USD weakness has started to show, AUD/USD strength has come back into the equation. I’ve followed this pair as one of my favored bearish-USD scenarios. AUD/USD hit a fresh three-month-high last week before putting in a sizable pullback, which could’ve been highlighting reversal potential.

But so far this week bulls have answered the call. The big question now is whether that can continue and there’s a major spot on the chart, taken from the weekly, around .7367. This becomes the key level for buyers to test through by the end of the week, and for now, support potential remains between .7250-.7261 and a bit-lower, around the .7200 handle.

Yesterday’s reversal confirmed a morning star formation on the daily and, so far today, that pattern has continued to fill-in.

USD/CAD Back to Prior Range Support

As looked at in the Tuesday webinar there could be some longer-term bullish potential in USD/CAD. As shown on the weekly chart below, prices are building in an ascending triangle, often followed for bullish breakout potential.

Shorter-term, however, USD/CAD hasn’t been very bullish at all, with prices retreating right back to range support. But – given the early-month breach of that support, buyers showing up here to hold a higher-low can keep the focus on the longer-term bullish backdrop, particularly for those that are looking at bullish USD strategies in response to the ‘rate hike sell-off’ that’s shown since yesterday’s FOMC.