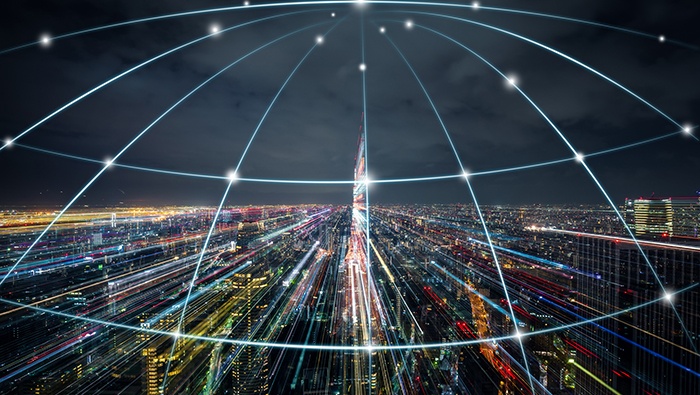 Fed week is finally here and this is the rate decision that’s been circled on the economic calendar for quite some time, as the FOMC is expected to hike rates for the first time since 2018. The bank has instituted a number of stimulus programs since that last hike in December four years ago, and at this point inflation continues to run-higher which will likely necessitate more tightening out of the Fed throughout this year.

The big question at this point is how much additional tightening will be necessary, and this is a question that’s clouded with opacity at the moment. While the Fed continued to ignore inflation last year under the presumption that it was ‘transitory,’ inflation has only continued to grow, illustrated by that 7.9% print from last week, setting another fresh 40-year high.

And as covered in this week’s equity forecast, there’s potential for even more inflation as a number of raw materials have spiked since the sanctions imposed on Russia after their invasion of Ukraine. This could serve to put the Fed even deeper into a corner, with even stronger inflation rates that necessitate much more tightening to tame. In response, the yield curve has seen some very fast compression, with the 2/10 Treasury spread at its tightest since 2019, just ahead of the pandemic. Notably, this indicator has inverted three times in the past 20 years, the first two of which occurred in front of the tech bust and then the global financial collapse.

This is a bearish signal and it’ll often show up ahead of recessions. The fact that investors and funds will take a lower rate of return for a longer-term of investment highlights distortion, along with some pessimism from professional investors. Those investors on the long end of the curve might not even be looking to hold the investment to term, but there’s motivation to play the principal pop on the expectation that rates will drop and bond values on the long end of the curve will see some appreciation as rates go down.

At this point the S&P 500 is holding support at a key spot on the chart, around the January lows and just a bit-higher than the February lows. There’s a confluence of Fibonacci supports from 4186-4211 that’s been helping to buoy price near the lows over the past couple of months and that’s in-play to start the week. This could be a challenging area to sell at given the series of higher-lows and the tendency for buyers to show in that zone.

Taking a step back highlights the importance of this support zone. The Fibonacci level at 4101 helped to catch the February low and at this point, that constitutes the 10-month low in the index. A breach of that support opens the door for a run down to the 4k level, where a Fibonacci level is confluent with the psychological level.

And below that is a mass of support around the 3800 level, and a run down there would mark the total sell-off from the January high at just beyond 20%, marking ‘bear market’ territory for the S&P 500. This would be around the area that I’d look for a bounce, especially if this zone comes into play quickly from a bearish breakout.

There’s a similar setup in the Nasdaq 100 right now, with prices posturing near support that’s so far proven stubborn and difficult to break. The decline from the prior high has been more pronounced, however, as the Nasdaq 100 is technically in ‘bear market’ territory already.

The support of note in the Nasdaq 100 is between Fibonacci levels at 12,894 and 13,050, the latter of which is currently helping to mark the 10-month low in the index.

Taking a step back on the chart highlights the importance of this zone. A breach of this support opens the door for a move down to next support, around 12,250 on my chart which would mark a fresh yearly low in the Nasdaq 100. Below that, around 11,700 is another key spot as this is the 50% marker of the pandemic move in the index, taken from the low in March of 2020 up to the high in November of last year.

As the Nasdaq 100 trades in ‘bear market territory’ as the S&P 500 gets closer and closer to the same, the Dow has held up fairly well, all factors held equal. There’s a confluent spot of support around 32,500 that’s held the lows over the past few weeks and the index is still around 11% from its prior all-time-high.

The Dow is exhibiting a similar pattern of digestion over the past few weeks as a key spot of longer-term support has come into play. If that support is breached, however, there could be a large move in store as the next major spot of support on my chart is around the 30k psychological level.

There is a zone of short-term resistance that, if tested through, could quickly open the door for bullish scenarios. That resistance is from a spot of prior swing support and spans from around 33,532 up to 33,613, and this is the area that caught last week’s swing high.

A push through this zone opens the door for bigger picture bullish reversal potential.