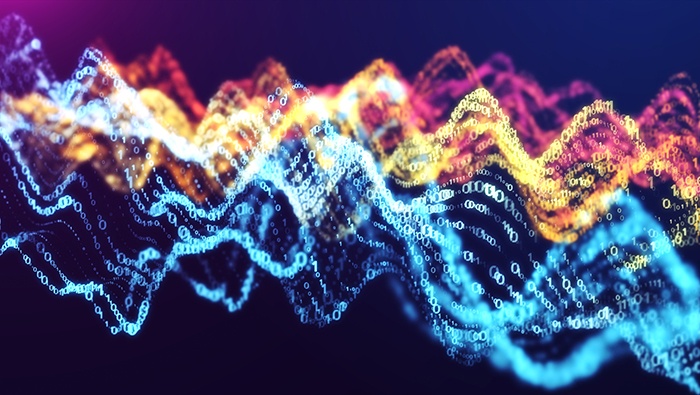 U.S. stocks are trading on their back foot as the world continues to diverge. Equities have been in a fragile state for most of the year but the reason for why has suddenly shifted. As the door opened into 2022 it became clear that the Fed was behind the curve with inflation and would likely need to make a sudden and drastic shift to monetary policy to get it under control.

The major problem now is that inflation seems like it will be far more difficult to get under control given the fast and sudden re-pricing of global commodities. Removing Russia from the Western economic machine has brought significant consequences with aggressive shifts to key commodity markets like Wheat, Nickel, Oil and Natural Gas. These commodities are very important to the continued operation of modern society and the fact that the supply/demand equilibrium has received a firm jolt of volatility, there could be even more trouble in getting inflation under control at the Fed.

So, the problem that had become bad may be set to become worse, and that ‘Fed put’ may be even further away than we thought it to be even a month ago, when markets were already expecting 6-7 hikes for this year.

Given recent moves in the yield curve combined with the fundamental risk outlay, along with how the Federal Reserve is currently positioned, it appears that we may be nearing the scenario of the Fed being forced to hike rates into a recessionary environment. This would be bad for stocks, especially if QE wasn’t an option given the rate of inflation.

The tech-heavy Nasdaq is already in a bear market, with Nasdaq 100 futures currently showing a -20.87% drawdown from the high that was set last November. But, at this point, we still haven’t even retraced 38.2% of the pandemic move, with that retracement just below current support, which plots around the 12,900 spot on the chart.

At this point the Nasdaq 100 is sitting on top of a confluent support zone just above the 13k level. A breach of that on the weekly chart opens the door for a push down to 12,500 and then another spot of support around 12,250. 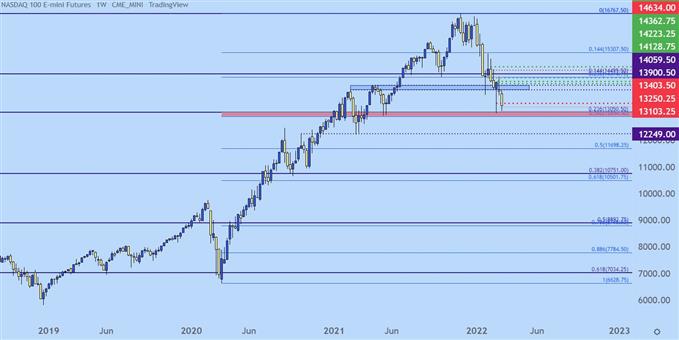 Is that support break about to go down? It may be as a sharp trend has developed since last Thursday that’s brought a continuation of lower-lows and highs. Overnight, a bit of support has developed and this may carry some pullback potential as shorts cover given that spot of long-term support looked at above. This opens the door for short-term resistance potential around 13,404, after which a big spot from yesterday comes into play at 13,547, which is the 61.8% Fibonacci retracement of the recent bounce move (shown in green below). 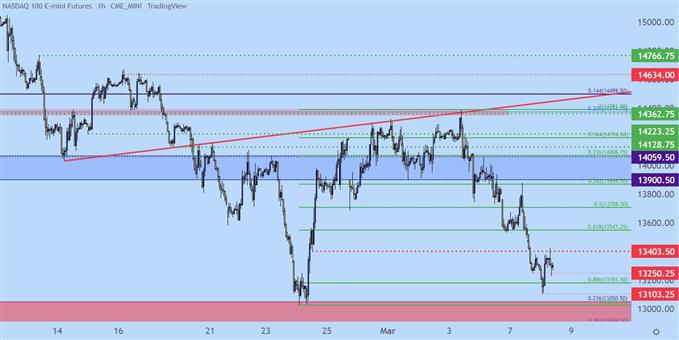 The bearish theme in the S&P 500 is less-developed than what’s looked at above in the Nasdaq 100 but there’s similar bearish leanings here.

As of right now prices have found support at the 23.6% retracement of the pandemic-move in the index. But the more important spot of support appears to be around 4100, after which the 4k psychological level comes into play. There’s a batch of supports around the 3800 level on the chart, which becomes another downside target. If price can push down to the red zone on the below chart, the drawdown from the January high would be just over 20%, putting the index in technical bear market territory. 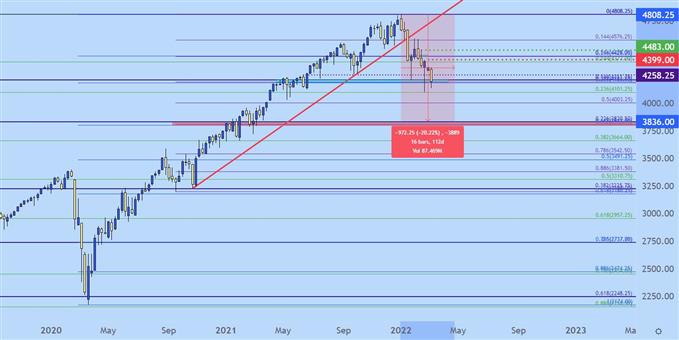 Shorter-term the S&P 500 is exhibiting the same bearish trend that’s taken-over in the Nasdaq over the past few trading days. And, also similar, there’s potential for a short-squeeze in here that could allow for prices to re-test for resistance at prior support levels of 4260 or 4300. But this is a market where I’m more inclined to look at selling rallies than getting in front of them, and that can keep emphasis on lower-high resistance, especially as the Fed remains in a blackout period.

Dow Sits on the Cliff of Support

The Dow looks less bearish to me than either of the two above indices. It doesn’t necessarily mean that it’ll stay that way, however. The longer-term chart highlights a major area of support that’s been holding the lows for now; but the recent string of lower-highs suggests that we’re not done seeing this zone tested just yet. And, eventually, as was seen in key spots of support on both the S&P 500 and Nasdaq 100, persistence from sellers could force a break before long.

The major spot of support in the Dow exists around the 32,500 area on the chart. 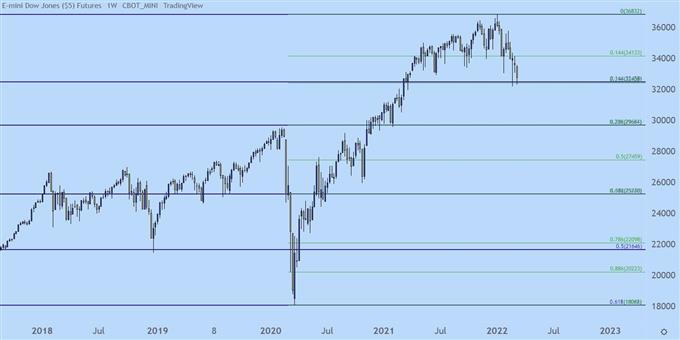 From the four-hour chart below, we can see where a range has developed with prices sitting very near support, which is right at that spot of long-term interest looked at above. A breach of this support zone brings fresh 11 month lows, and there’s not much on my chart for support until the 30k psychological level comes into play. 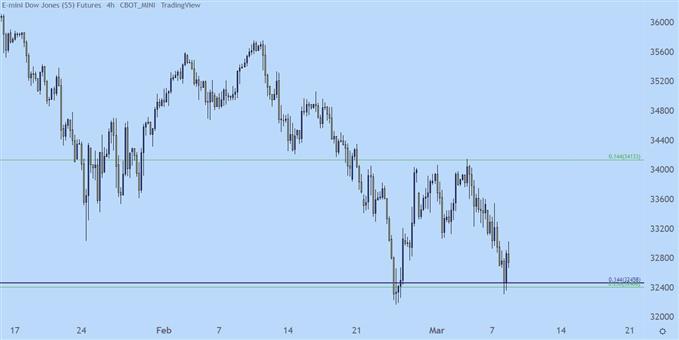