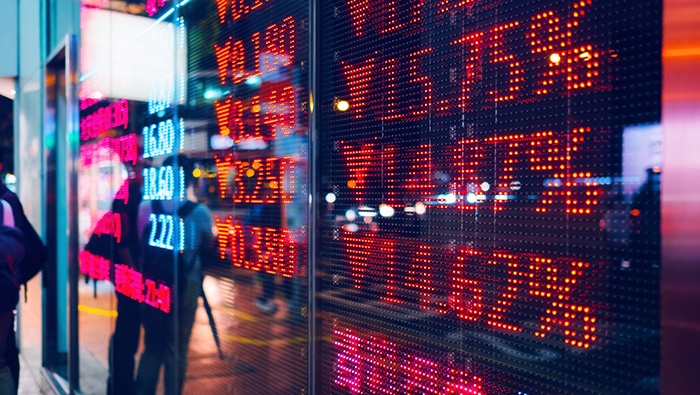 The US Dollar is pushing higher in a short-term trend that’s developed in the aftermath of last week’s CPI report. And that inflation report was another fresh 40-year high at 7.5%, beating both last month’s 7% and this month’s expectation for 7.3%.

But, the initial response was one of aggressive USD weakness as the Greenback spilled right back to prior support, erasing gains that took a week to build in just a couple of hours. But after support set-in between 95.14-95.23, another driver began to take-over, and that was a set of comments from the President of the St. Louis Fed, James Bullard.

Bullard said that he supported a 50 basis point hike in March to go along with 100 basis points of hikes ahead of July. This took even the most hawkish by surprise as few had expected the Fed to be that aggressive. He had more for this morning, as he even went so far as to say that the Federal Reserve’s credibility is on the line, although I’m sure most have their opinions formed on that matter already, one way or the other.

In short order a number of things had changed after that Bullard remark: USD strength started to tick back in as US Treasury Yields jumped, particularly on the short-end of the curve. And stocks started to turn-around, with both the S&P 500 and Nasdaq 100 retreating from resistance while giving back recent gains.

Probably the most noticeable change was in the US Dollar, which went from a hard and fast sell-off to a fairly aggressive up-trend in a short amount of time, pretty much on the basis of that Bullard comment last week. I was looking for USD weakness going into CPI, and that hard started to play out, helped along by a bullish breakout in EUR/USD. But, as EUR/USD started to catch resistance inside of the 1.1500 psychological level, the USD started to carve-out support and that trend has been running higher since then.

At this point, the USD has been posturing for most of the morning ahead of a big zone of resistance potential, taken from around 96.37-96.47. This can keep the door open for short-term reversal scenarios should the USD poke into this resistance zone without buyers continuing to drive. This would be looking for a closed bar wick on the four-hour or daily charts through that resistance zone to open the door for reversal scenarios.

Strong resistance zones can take a number of attempts before finally giving way, and that’s what’s showing in EUR/USD as the pair has caught another inflection in the 1448-1500 zone last week. From the longer-term Daily chart, the recent range stands out but the larger question is where bulls might stand-in. The next support potential on my chart is around the 1.1272 level, and below that is a major zone from 1.1187-1.1212.

From the hourly chart EUR/USD has continued to scale-down with a series of lower-lows and lower-highs. The 1.1300 level seems important, and if this can help to hold today’s low, with buyers posing a push back-above 1.1330, the door can start to re-open to reversal themes.

For USD strength to remain we’re likely going to need to see that coupled with a continued rise in rates. But, rates have already risen really fast, especially on the short-end of the curve.

The big mover last week was in the Two-Year Note, which set a fresh two-year-high, eclipsing levels that were in-play before the pandemic came into the equation.

The below weekly chart looks near-parabolic to my eyes.

Similarly, the 10 year treasury note has remained on the move, albeit to a lesser relative degree to the 2 year looked at above. While the 2 year is near parabolic, the 10 year is showing breakout symptoms after a continued topside climb.

In a move that’s somewhat disconcerting for growth expectations, yields on the long-end of the curve continue to lag. The 30-year note remains below last year’s highs and is in stark contrast to the near-parabolic like move in the 2-year and the bullish breakout move in the 10-year.

This highlights curve compression, which can also be read to believe that this rising rate cycle will be relatively short-lived. And, sure enough, some market participants have already started factoring in possible cuts in 2024 or 2025, after the run of hikes has been priced-in.

I was bearish on stocks throughout January, highlighting this in the weekly technical forecast in the middle of last month. This became more pressing after rate rallies began to create support tests in stocks, showing the possible pullback as markets geared up for a more-hawkish Fed.

At the end of January, I looked for a bounce as matters had materialized very fast… and that led to a strong bounce in early-February.

But then last week on Tuesday, I pointed out how those bear bounces were likely near-complete, and that’s filled in during the latter portion of last week.

At this stage I remain bearish, but I question the timing as, again, sellers pounced as soon as they could and markets are already very geared up for a hawkish Fed. So, if this is going to tip over it’s likely going to need an exogenous factor and trying to read the tea leaves, the most likely culprit in that case would be the Russia-Ukraine scenario.

If looking to play bullish themes this would be my preference for now. The S&P 500 continues to scale well on the Fibonacci retracement produced by the January sell-off.

I looked into this last Thursday, highlighting a second hit of resistance at the 61.8% retracement of that setup.

The low has now formed off of the 23.6% retracement from that same major move. Next resistance is the 38.2, at 4440, and short-term support is at 4381, with a hold here on the hourly or h4 chart keeping the door open to bounce potential.

The Nasdaq 100 has been my choice for short scenarios in stocks and the rate sensitivity of the index and the underlying equities continues to make that an attractive premise.

The low in the Nasdaq printed right at the 14,059 level that I highlighted in the equities forecast two weeks ago.