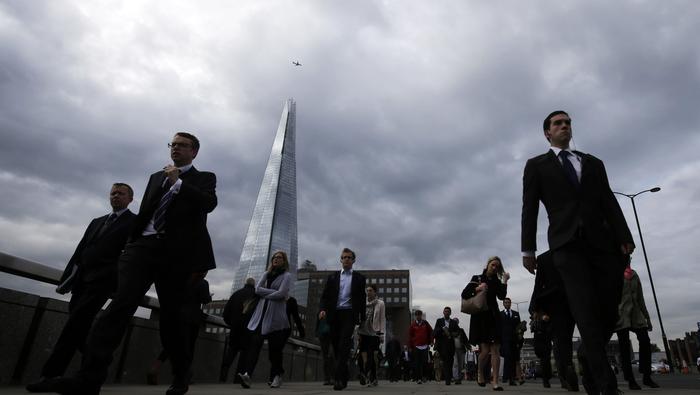 US Dollar Bulls Come Back to the Table, Busy Calendar Ahead

So that bearish backdrop in the USD after last week’s FOMC rate decision didn’t last long. After driving lower into the end of the week, the US Dollar has started February trade to a far different tune, jumping higher yesterday and continuing that ascent so far this morning. In a bifurcated move, those pairs that were most bright during the Dollar’s sell-off have shown a bit more volatility than commodity currency pairs such as AUD/USD or USD/CAD, which have actually shown a dash of USD-weakness so far this week.

On the driver-side of the matter, there’s a plethora of potential push points, including this morning’s Durable Goods numbers that are due at 10 AM ET. Tomorrow at the same time brings Services ISM, and this follows yesterday’s strong read on Manufacturing ISM. And Friday brings the big one, with January Non-Farm Payroll numbers set to be released at 8:30 AM ET; and not to be lost in the shuffle, Canada reports jobs numbers at the same time, setting an interesting stage for USD/CAD which has been in the midst of an aggressive rally over the past couple of weeks.

In the US Dollar, price action has jumped back above the 97.70-97.86 zone of resistance turned support, with last week’s low getting a bit of an assist from a prior bearish trendline connecting October and November swing highs.

The high flyer has come back to Earth following last week’s blistering bullish trend. The British Pound began to rally on the Thursday BoE rate decision and that continued into the end of the week. But, like a light switch getting turned off, price action put in a stark change-of-pace to begin this week, and prices have driven right back down to the 1.3000 support area in GBP/USD.

The Pound even probed a fresh monthly low against the US Dollar, followed by a quick jump back above the big figure.

As looked at last week, the bearish move in WTI crude oil has been aggressive and, at this point, WTI crude oil is technically in ‘bear market’ territory as price action fell by more than 20% last month. Along with that sell-off has been a test below the 50-level, which helped to offer support a few different times last year. Buyers have so far pushed back-above as indications of potential production cuts began to make their way through markets, carrying with it the big question as to whether that potential might be enough to reverse the tides of the recent bearish trend.

Chart prepared by James Stanley; US Crude on IG Charts

At this point, near-term resistance exists around the 51.65 level, which is the 61.8% Fibonacci retracement of last year’s recovery move. This price had offered a bit of support-turned-resistance on the way down, and a hold of resistance here can keep the door open for short-side trend strategies. A bit higher, around the 52.18 level is a prior group of swing lows that, if broken, could re-open the door for bullish strategies, looking towards a run towards 53.20, 54.30 and, perhaps even, the prior support zone that runs from 54.50 up to 55.57.

Chart prepared by James Stanley; US Crude on IG Charts