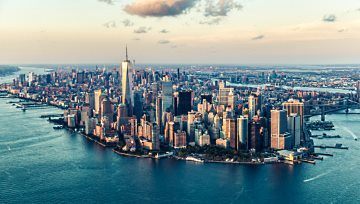 US Dollar Sell-Off Pauses at Key Support - Can Bears Break Through?

US Dollar Drops Back to Confluent Support

It’s been a big week across global markets and some very key items have shown up, such as Gold’s topside run above the 1400 level. The Federal Reserve’s rate decision on Wednesday produced reverberations throughout global markets that continue to show, and there may still be some pricing-in of these themes to be seen yet. At the core of the issue is the US Dollar, which had previously spent much of the past eight months in a bullish state; and now may be on the cusp of a very bearish run aided by this dovish flip at the Fed.

Coming into Q2 the US Dollar had built into an ascending triangle formation. This is a setup that will often be approached in a bullish manner, looking for the enthusiasm that’s driven-in bulls at higher-lows to, eventually, allow for a topside break through horizontal resistance.

That happened in April and then again in May. The problem was that once the price of 98.33 came into play, bulls lost motivation and prices scaled-back; producing a double-top formation. But also taken from that failure near resistance was a weaker-sloped trend-line that helped to produce a rising wedge pattern; and unlike the ascending triangle looked at above, the rising wedge will often be approached in a bearish manner, looking for reversals as the same reticence from buyers displayed at the highs plays through for an eventual break of support at the lows.

US Dollar Strategy for Q3

There’s now one full week left in Q2. Given the turn at the Fed and the moves that followed, traders may be lining up longer-term scenarios of USD-weakness. The big question is where?

With most Central Banks harboring some form of dovishness, there aren’t many major currencies that are attractive for scenarios of strength. Just this week, we saw a dovish speech from Mario Draghi push down the Euro… for about a day; but the Fed meeting that followed more than took out that move and prices in EURUSD are now jumping towards fresh two-month-highs. The Bank of Japan was similar, threatening even more loosening yet seeing a net result of Yen-strength.

And this helps to explain why Gold prices have been so incredibly strong over the past 48 hours and, bigger picture, through the month of June as market participants began to price this theme in. This also places emphasis on the long side of stocks, as dovish Central Bank support the world-around can be used to offset even minor setbacks in the business cycle.

In yesterday’s webinar, I looked at the matter across a number of major currency pairs. And as noted above, pairs like EUR/USD and USD/JPY may have backdrops allowing for a continuation of USD-weakness. In EURUSD, this would be more of a short-squeeze scenario as bearish bets in the pair unwind on the back of this dovish flip at the Fed. The down-trend in EUR/USD is now more than a year-old, and after breaking the recent range in March of this year, Euro bears were able to do little as they got caught in a bear trap scenario.

Now that prices have flickered back into that prior range, the levels and zones that were previously in use can be re-engaged with. As looked at in this week’s FX Setups, this can allow for a move up to the 1.1400 handle, after which prior range resistance becomes of interest and that runs from 1.1448-1.1500.

Also of interest on the short-side of the US Dollar is USD/JPY. I was tracking the short side of the pair coming into this month, and that’s filled-in fairly well so far. Should USD-weakness remain as a dominant theme across the FX space, there could be more room for the pair to fall as carry trades further unwind and new information is priced-in. A dovish stance at the BoJ is fairly familiar, while this flip at the Fed is rather new, and there may be more room for this to run as that item gets further factored-in to current prices.