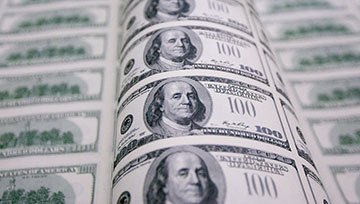 US Dollar Price Outlook: USD Back to 97.70, Bulls Push Ahead of FOMC

USD Bulls Show Up for FOMC

Was the early-June sell-off in the US Dollar a mirage? Or were markets perhaps getting in-front of themselves by starting to price-in rate cuts out of the Federal Reserve?

The US Dollar had been trending higher since last September, starting from around a low of 93.86 and continuing to push higher after the 2019 open. But throughout that ramp, a level of resistance had shown up that proved difficult to break, and this ran around the level of 97.70 in DXY. This same price topped-out the move in October and November; and then again in early-March. This even came into play again in late-April, but the fourth time was the charm as buyers were finally able to breakaway to a fresh yearly high in the currency. That run lasted all the way to 98.33 but, similar to 97.70, buyers all-of-the-sudden got bashful once this price came into play and the bullish advance pulled back. A second failed attempt to break-through that level in late-May opened the door to a bearish response in early-June; and bears pounced on the opportunity to push prices down to a very key area of support on the charts.

This is a big area on the chart for the US Dollar: This support is around 96.50, and in this area is the 23.6% Fibonacci retracement of the 2011-2017 major move, as well as the 200-day moving average; along with the bullish trend-line that connects the lows since last September.

Making matters more interesting is what’s been doing the driving. Coming into the month of June, US equities were on their backfoot as there was a pervasive fear that the Fed would be more-hawkish than what markets were looking for. Some supportive comments from Jerome Powell two weeks ago helped to bring buyers back into stocks, and already, the S&P 500 has leapt back towards prior highs. But, also going along with that theme was a bearish push in the US Dollar as investors priced-in rate cuts out of the Fed for the remainder of this year. Even today there’s a 58.2% probability of at least three rate cuts by the end of 2019.

But, the Fed may be in a difficult spot justifying three full rate cuts, especially after a year in which we just had three hikes. Inflation remains near target and if the Fed is, in fact, going to serve their dual mandate, a full 75 basis points of loosening would be difficult to justify. So over the past week-and-change, as US data has come in ‘not all that bad,’ buyers have come back, pushing the Dollar right back towards that 97.70 level that had thrice turned around bullish advances from October-April.

FOMC: Focus on the Dots

Given that there’s little expectation for a move at tomorrow’s rate decision, the predominant focus will likely be paid to the bank’s Summary of Economic Projections. The dot plot matrix will host expectations for future rate moves and investors will be scanning this to see just how dovish the Fed anticipates being in the remainder of this year.

The big question is whether the bank will meet or even come close to the market’s demands for dovish policy. Doing so could bring USD bears back into the mix, helping to elicit another test of support. This could make the topside of EURUSD or perhaps even Gold as attractive. EURUSD has pulled back from last week’s fresh two-month-highs and is currently testing a big zone of support that runs from 1.1187-1.1212.