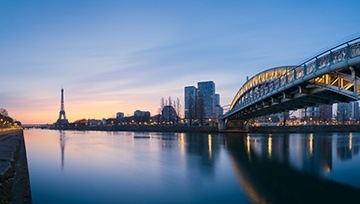 EURUSD Bounces from 1250 as Kiwi (NZDUSD) Crumbles From Resistance

- Last night’s RBNZ rate decision finally saw the bank suggest a direction of the next rate move. After echoing a tone of ‘the next rate move could be up or down’ at previous rate decisions, the RBNZ last night implied that the next move might be a cut, and prices in the New Zealand Dollar dropped-quickly. In NZDUSD, an area of confluent resistance near the top of a symmetrical wedge formation held the highs, and NZDUSD prices promptly dropped below the .6820 area of Fibonacci support.

- Elsewhere in FX-land, ranges remain as the end of Q1 draws near. EURUSD continues to carry trend potential as sellers have driven deeper within the longer-term zone of support; with the low for this morning printing and holding around 1.1250. USDJPY remains in an interesting spot after last week’s flare of risk aversion, with buyers unable to push prices through the 110.75-110.86 zone.

In one of the more interesting Central Bank themes, the RBNZ has continued to say that the next rate move could be ‘up or down.’ This isn’t exactly the type of forward guidance that market participants yearn for, as not only does it not say anything about the economy, it shows nothing from the opinions of its Central Bankers, making for a muddy backdrop in which investors have to project more than they’d probably like.

In response, the New Zealand Dollar has spent the past nine months in varying forms of congestion against its US counterpart; and the symmetrical wedge looked at in this week’s FX Setups and again in yesterday’s webinar highlighted that theme.

Yesterday’s RBNZ rate decision finally saw a bit of clarity on that front as the RBNZ implied that the next rate move could be a cut. In short order, NZDUSD fell from the resistance zone being followed, and prices jumped down to the first target around .6820.

The big question at this point is whether this move of weakness will turn into anything more, as the multi-month symmetrical wedge remains in order. Given the motive, the RBNZ taking a dovish turn towards forward-looking policy expectations, and this may be offset by continued dovishness at the Fed, making it a more difficult fundamental variable to rely upon for a break of this wedge and the establishment of a fresh trend.

EURUSD Tilts Down to 1250 as Draghi Warns of Downside Risks

Elsewhere in FX land, ranges with trend-potential continue to show as the end of Q1 nears. EURUSD pushed deeper within longer-term range support this morning after Mario Draghi reiterated the downside risks facing the European economy, similar to the ECB’s last rate decision earlier in the month. At that meeting, the ECB looked to head-off those risks by announcing another round of TLTRO’s, and this evoked a quick move of Euro-weakness as prices in EURUSD tested below a four-month old range.

But that weakness did not last: The US Dollar found resistance at yearly highs shortly after the announcement, and the Non-Farm Payrolls report the morning after brought EURUSD bulls back into the mix as the pair spent the next two weeks in some form of rally.

Until last week, that is, when EURUSD touched the bottom-side of a range resistance zone, at which point sellers pounced, and have largely been in-control ever since.

Might this be opening the door to fresh downtrends around the Q2 open? Or will the range continue to hold after more than five months of back-and-forth price action?

The year started with a significant surge of Yen-strength. But that did not last for long, and the ensuing three months saw a generally weak Japanese Yen that allowed for a smooth and consistent bullish trend to develop in USDJPY.

That began to come into question last week around the FOMC rate decision, when a quick swell of risk aversion brought on Yen-strength. USDJPY dropped through a number of support regions, with buyers finally returning upon a re-test of the 109.67-110.00 zone of support. This was the same zone used to line-up bullish strategies in early-February, eventually allowing for the pair to re-test the 112.00 handle. That support has since held and prices have bounced; but buyers have been unable to yet test through the key area on the chart that runs from 110.75-110.86. A break-through here could re-open the door for bullish strategies; but if sellers are able to hold the highs below this key area on the chart, a deeper retracement or sell-off might be in the cards.

On the bullish side of the coin, and this is a very short-term observation – buyers have shown higher-low support around prior short-term resistance, taken from the 110.25 area. This can be setting up for a showdown in that 110.75-110.86 zone at some point later today.