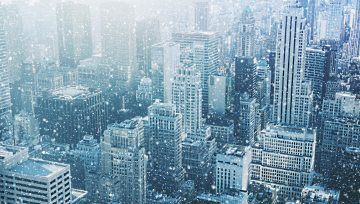 USDJPY: Is Yen-Strength Sending a Signal as the US Yield Curve Inverts?

- It’s been a wild week on short-term charts around the US Dollar, as the currency pushed down to a fresh monthly low, catching support at a bullish trend-line before moving towards the weekly close with two very strong days of price action. EURUSD was very much along for the ride, first running up to prior range resistance at 1.1448 at which point the music stopped and sellers took-control.

- Yen-strength showed up after the FOMC rate decision this week; and when combined with the growing inversion in the US Yield Curve – it may be telling us something. Stocks and bonds in the US have been in full rally-mode and rarely do both markets see synchronized strength. Usually, bonds are ‘right,’ and with yield curve inversion punctuating the backdrop, there may be a case for reversals in US equities as the end of Q1 nears.

US Dollar Puts in a Wild Week; Goes Nowhere

It’s been a climactic week in the US Dollar. The currency put in a strong bearish move around the FOMC rate decision on Wednesday of this week, and this pushed the currency all the way down to the bullish trendline that connects September and January swing-lows. Since then – buyers have very much remained in-charge over the past couple of days as the US currency has moved right back towards its weekly open price; making for a net result of a Doji for this week’s price action in USD.

Given the context of the above situation, with the ascending triangle formation in the US Dollar seeing a doji print after a failed test at support; the door can remain open to further topside in the US Dollar. This will likely be linked to another related theme in EURUSD, as the world’s most active currency pair also saw a fairly climactic week on the charts.

Two week ago, the European Central Bank signaled a course-correction when announcing another round of fresh TLTRO’s just a few months after announcing an exit from stimulus. The bank also cut growth and inflation forecasts, and this led to a brief but noticeable move of Euro weakness as EURUSD pushed below a range that had been in-place for four months.

But support caught just hours after the announcement, and this is around the time that the US Dollar ran into resistance around the yearly highs: Since then, EURUSD put in a reversal that took-out the entirety of the ECB-fueled bearish move.

EURUSD continued to rally into this week, eventually running up to prior range resistance around 1.1448, at which point sellers came back in and have continued to push since. This keeps eyes on EURUSD and whether the pair can continue down to fresh lows; doing what many expected but didn’t see happen after that ECB rate decision earlier this month.

One of the more notable items showing up this week has been re-emergence of Yen-strength; and when combined with the inversion in the US Treasury Yield Curve – this may be telling us something.

Yen-weakness has been a visible theme through most of 2019 trade, following a significant surge of strength in the currency as the New Year began. This came-in with a degree of correlation with the ‘risk on’ trade that saw US equities fly to fresh highs. But – this week has seen Yen-bulls come back into the picture and prices have already pushed all the way down to 110.00 in the pair; begging the question as to whether-or-not another round of risk aversion may be nearing.