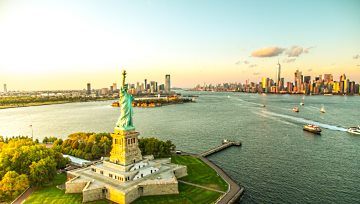 - This helped to bring a move of USD-strength as DXY broke above a bearish channel from this week’s price action.

This morning’s release of January Non-Farm Payrolls came-in above expectations, with jobs added last month out of the U.S. coming in at +200k versus the expectation of +180k. Ahead of this morning’s release, the U.S. Dollar remained relatively weak, continuing a trend that’s been in-place for now more than a year. We looked at the possibility of the Dollar being a bear trap type of scenario in yesterday’s article, and on the back of this slight beat on NFP, we’re seeing USD-strength show up.

The bigger question, as is often the case with Non-Farm Payrolls, is one of continuation potential. With USD holding on to that longer-term bearish trend, last week’s lurch lower helped to drive the market into even deeper oversold territory. This week has been marked by back-and-forth price action with a hint of a bearish bias, as sellers continued to show up around short-term resistance, but seemed to get gun-shy as prices approached prior support. While this, in-and-of-itself, is not direct evidence of a bottom being in place, it is a common first step if we are to see a retracement or reversal of that prior trend. With the Fed’s March rate decision carrying a strong probability of a hike, this opens the door to the prospect of a pullback in the USD downtrend as we approach that meeting on March 20-21.

While this week’s economic calendar was very much denominated by U.S. issues, next week opens up a bit as we get high-impact prints out of Australia, Canada, China and the U.K. 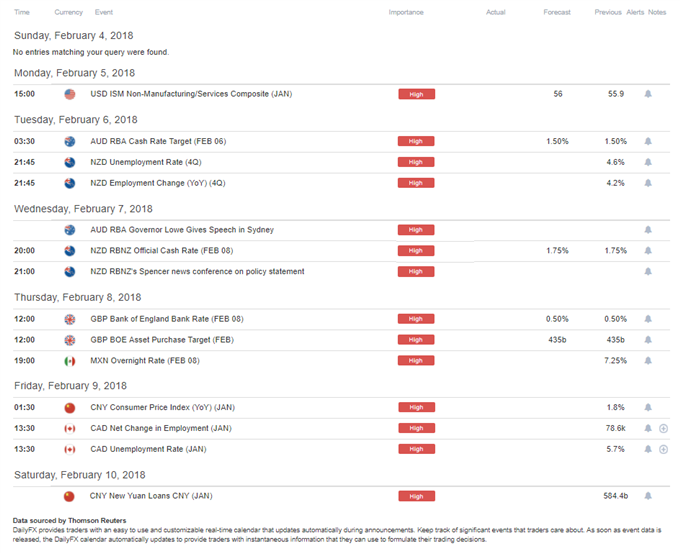 Of particular interest will be the Bank of England’s Super Thursday event, as this will be the first rate decision with a press conference since the Bank of England hiked rates for the first time in a decade at November’s Super Thursday. Will the strength that’s continued to show in U.K. data be enough to bump the BoE’s forecasts for rate hikes in the latter portion of this year? With inflation remaining at 3% or above, there’s a good chance that this might happen, and that could amount to another leg of strength in the British Pound as the currency furthers its post-Brexit recovery.

In yesterday’s webinar, we looked at a short-term bearish setup in light of the longer-term bullish trend. If support does show up ahead of the BoE, the time might be right to flip the switch and look at the long side, with the expectation that the bigger-picture bearish trend in the U.S. Dollar might be ready to continue, helping to push GBP/USD up to fresh highs.

Probably the biggest takeway from this week has been a return of Yen weakness, aided in part by the U.S. Dollar hitting some element of support. We looked at a bullish EUR/JPY setup earlier in the week, and yesterday we looked at the possibility of playing the topside in USD/JPY after prices began to leave a longer-term zone of support of a range that’s been in-play since last April.

With the Bank of Japan remaining loose and passive, with few signs of that changing any time soon, this could remain an attractive theme, particularly if we do see a grander move of Dollar strength as we approach the March FOMC rate decision.