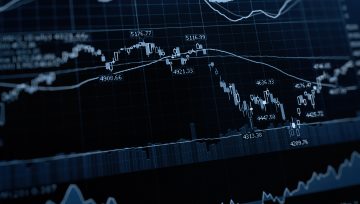 Yen Bid as Risk-Off Shows After Trump’s Fire and Fury: Is a Larger Correction in Store?

- Risk aversion has begun to show in global markets over the past 24 hours.

- The apparent driver of this move has been comments from U.S. President Donald Trump, in reference to the building nuclear threat from North Korea.

The big item across capital markets over the past 24 hours was a set of comments from U.S. President, Donald Trump. In response to the building nuclear threat out of North Korea, President Trump said that the DPRK’s nuclear threats would be met with ‘fire fury and, frankly, power the likes of which this world has never seen’. This set off a cascade effect of risk aversion throughout global markets, with U.S. equities falling-lower on the heels of those comments, and weakness continuing into the Asian and Euro sessions on the morning.

The S&P 500 has fallen-down to prior support around 2,460, the Nasdaq 100 has done the same, moving down to a zone of support that held the lows for the prior two weeks. Risk aversion has shown in FX-land, with the Japanese Yen being the big-mover, as we’ve seen USD/JPY, EUR/JPY and GBP/JPY all fall below key support levels over the past 24 hours. 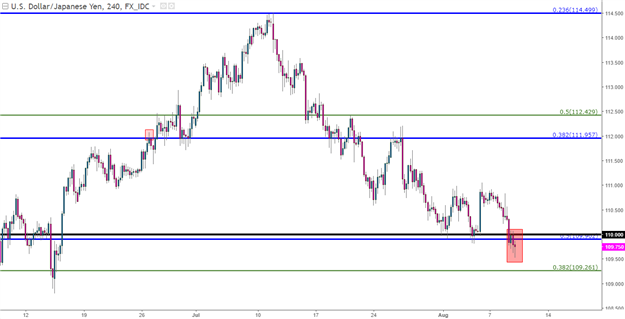 The big question at this point is whether this is the start of a new move that may turn out to be rather nasty for risk markets; or if this is another ‘buy the dip’ type of opportunity? This question would basically be trying to predict the behaviors of Donald Trump and Kim Jong-Eun, which can be challenging to say the least. So, rather than taking a wild guess at this early stage of the matter; we’re going to look at scenarios on both sides.

The Euro has been a freight train for much of the year as markets have attempted to front-run the European Central Bank’s stimulus exit. With a key ECB meeting on the schedule for the first week of September, expectations have been building that we might see the bank offer some sort of strategy or plan for how this might be done.

EUR/JPY jumped by more than 1,600 pips as this theme was getting priced-in since mid-April. In mid-April, we saw the first round of French elections resolve with a rather market friendly outcome. This was a potential risk that the ECB had to keep under consideration, but after this risk abated markets began to price-in increasingly strong odds of an inevitable stimulus exit from the ECB, and this created sharp top-side move in EUR/JPY.

After initially peaking above the 130.00-level in early-July, support began to show-up around a key Fibonacci level at 128.52. This is the 38.2% retracement of the ‘Abe-nomics’ move in EUR/JPY, and the 61.8% retracement of this same move helped to set support in April just before the top-side ramp got underway. 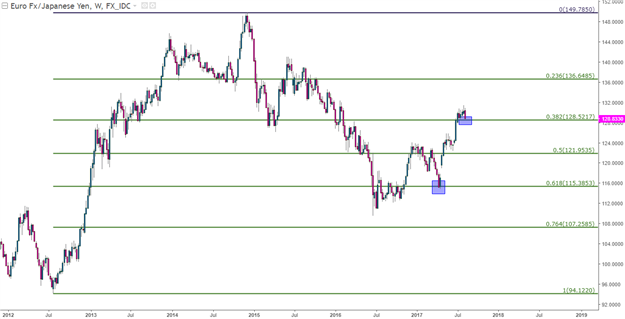 On the chart below, we’re looking at three potential support levels that can be usable for such an approach. Given the rather extreme top-side push seen in the pair over the past four months, traders would likely want to ensure that support is actually showing at each of these levels before looking to take on long exposure. 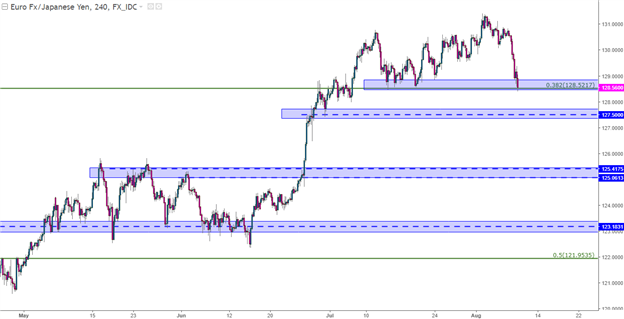 While the Euro has been ripping under the expectation for a more-hawkish stance from the ECB, the continued dovishness from the Bank of England has continued to provide pressure to the British Pound. The most recent iteration of this dovishness came-in last Thursday, at the BoE’s most recent rate decision when the bank decreased growth forecasts going out to 2018. This removed a bit of pressure from the situation, as we had previously seen bidders taking GBP-higher after inflation began to print above expectations; but at last week’s BoE meeting, the bank seemed unnerved by this rising inflation; instead, show far more concern with the potential slowdown in the U.K. economy around Brexit negotiations.

In GBP/JPY, we have an ascending wedge formation that’s been building since the Federal Reserve rate hike in December. This is when the pair topped-out at 148.46; and after two failed attempts to take-out that high failed, in May and then July, sellers have begun to take-over. 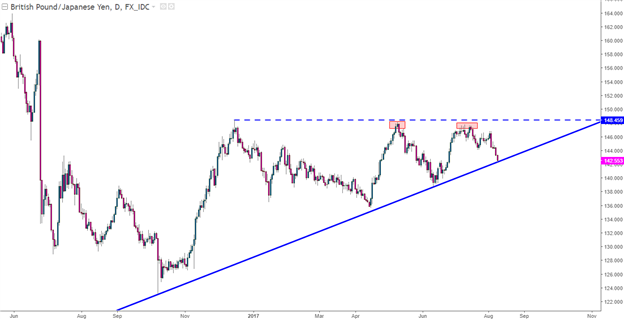 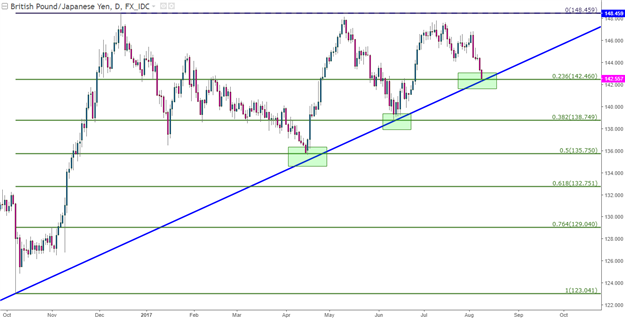 For traders looking to trade a continuation of risk aversion, GBP/JPY could be a fairly attractive candidate. JPY will likely see strength under that scenario, and a weakened British Pound could contribute to the down-side move after the BoE inserted another push of dovishness into the equation last week.

For traders looking at such a thesis, they’d likely want to let this support level first break before looking to take-on bearish exposure. For those that wanted to be a bit more patient with the risk-aversion stance, allowing this support to break, and then waiting for this level to show-up as resistance could allow for such an approach. 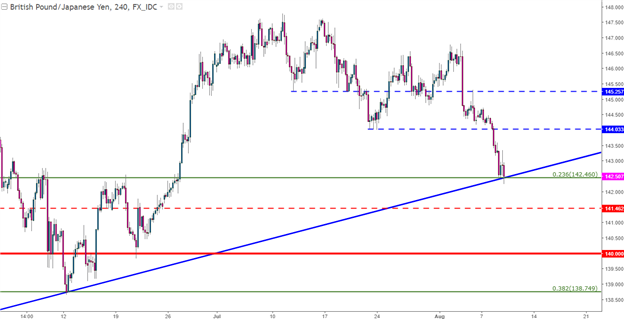