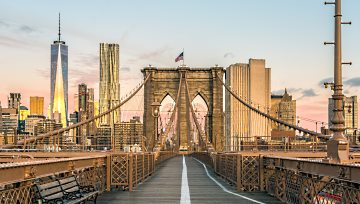 Dollar Dilemma: Kiwi, Cable in the Spotlight Ahead of RBNZ, China CPI

- Today’s calendar is rather light; but later tonight (Wed morning in Europe/Asia) we get Chinese inflation numbers and tomorrow brings an RBNZ rate decision (Thursday morning in Asia/NZ).

- The U.S. Dollar has moved-lower after some dovish comments from non-voting FOMC member, James Bullard, yesterday. But this weakness has shown asymmetrically, as some pairs such as NZD/USD and GBP/USD are more prominently showing USD-strength.

In yesterday’s article, we looked at the U.S. Dollar after last week saw a gain in the Greenback for the first time since early-July. As we had shared, given the aggressive topside run posted in the Euro through the first seven months of this year, the U.S. Dollar has contracted by more than -10%. This is likely driven by a series of factors, key of which has been a slowdown in U.S. data as the Federal Reserve has appeared to shift their focus towards balance sheet reduction.

The downside move in the Dollar this year has wiped away the entirety of the post-Election move in USD, and we’re now inching closer to the 2016-low at 91.92. On the chart below, we’re looking at the bearish trend channel that’s built in the Greenback this year, along with emphasis on the hastening of the move after we entered July.

As we looked at yesterday, this blip of strength in the U.S. Dollar came-in around Friday’s NFP report, after a rather solid set of numbers were released for July. But given the extreme oversold nature of the Dollar, combined with the fact that this down-trend has been running for seven-plus months, and the bullish move in USD on Friday was likely more of a short-squeeze as opposed to the start of a fresh bullish trend. After some fresh dovish comments from non-voting FOMC member, James Bullard yesterday, the Dollar has begun to move-lower again, and now focus is on the lows in ‘DXY’ to see if support shows above the prior swing-low of 92.55.

U.S. Dollar Hourly Chart via ‘DXY’: Will Support Show Above the Prior Swing of 92.55?

Perhaps more interesting than the response in USD over the past few trading days is how the Dollar has traded against various counterparts. In the Euro and the Japanese Yen – the Dollar has come-in rather weak as prior trends in each market have continued. Against the British Pound or the New Zealand Dollar, however, the Dollar has actually showed strength, to some degree, as themes in each counter-market get further priced-in to the equation.

In the New Zealand Dollar, we have a very interesting technical setup that’s likely going to get some attention ahead of the RBNZ rate decision tomorrow. In mid-July, NZD/USD broke-out of a symmetrical wedge pattern that had been building for well-over a year. The topside move in the pair had started in early-May, just after NZD/USD found support at a key Fibonacci level around .6870, as this is the 50% retracement of the 2009 low up to the 2011 high.

By the end of June, price action in NZD/USD had already run-up to the 38.2% retracement of that same move at .7335, which was confluent with the trend-line projection of the resistance side of that symmetrical wedge. After a few days of resistance, buyers were able to push prices-higher to set a fresh two-year high in the pair.

You’ll probably notice from the above chart the two consecutive weekly bars that have moved-down. Price action in NZD/USD appears to be zoning-in on this prior level of resistance for potential near-term support, and as we near tomorrow’s rate decision out of the bank, this could be a very interesting setup to look at a continuation of USD-weakness.

Another pair that’s shown USD-strength over the past couple of days has been the British Pound. Cable posed a down-side break after last week’s Super Thursday from the Bank of England, and Friday’s NFP report gave another run of weakness to the pair, with GBP/USD carving-out support just above the vaulted 1.3000 level. This morning’s price action is seeing subsequent tests of this support level, and if buyers are unable to hold here, this can open the door for downside continuation in the pair, largely on the basis that a dovish BoE has produced a bearish backdrop that, if combined with any element of USD-strength, can produce an extended-move lower.

On that topic of trend-hastening, the bullish move in EUR/USD ramped-up through June and July, and this has driven prices in the pair above a confluent zone of resistance around the 1.17-handle. While the reasons for such a move are all very logical, the fact that bulls ran prices this high this fast should be a bit disconcerting for those looking at continuation approaches. On the daily chart below, we’re looking at the second phase of strength in EUR/USD as the slope of the trend increased significantly. On the chart below, we’re looking at two different trends. In Orange, we have the longer-term trend channel, and notice how price action just ran into the top-side of this channel last week. In Royal Blue, we have the shorter-term, more aggressive bullish uptrend that started in mid-June, just after the ECB’s rate decision on June the 8th.

By looking at the shorter-term move, traders looking to trade bullish continuation in EUR/USD may want to utilize a bit of patience. After the NFP-drive of USD-strength set a new short-term low in the pair at 1.1727, buyers have returned to bid prices higher. But, at this stage, we’re seeing short-term resistance form around the 50% retracement of that move, which could potentially open the door to bearish short-term strategies.

For those looking to buy EUR/USD, awaiting for either a) a topside break of this 50% retracement level or b) waiting for ‘higher-low’ support to show above the prior swing of 1.1727 could make for a considerably more attractive scenario for a continuation thesis.