Most of the focus when gauging the health and strength of the dollar goes to EURUSD. This most liquid of pairs has generated a healthy recovery on the euro’s side and has subsequently troubled the outlook for the benchmark currency. However, looking at the greenback’s performance against its other major pairings and against alternative stores of wealth (like gold); we find a different picture of strength. This is the root of the divergence between the Dow Jones FXCM Dollar Index (which is evenly weighted) and the ICE Dollar Index (which is trade-weighted, and heavily representative of EURUSD). From the USDollar, we see the greenback has advanced for the fifth time in the past six days and is just shy of overtaking last May’s swing high and trading at levels not seen in over two years.

Despite the contrast, though, the EURUSD has considerable influence over the dollar itself. The separation between the single pair and the pack is unlikely to last for much longer. There are two divergent forces that continue to vie for the greenback’s attention: stimulus and risk trends. Stimulus is still a proactive catalyst with the Fed adding $85 billion per month to its balance sheet – an effort that depresses yields (rates of return) and inflates the money supply (waters down the value). This considerable factor has been heavily priced in thanks to ample transparency, but its influence resurfaces when global counterparts adjust their own stimulus efforts – what many consider to be the foundation of a global Currency War. Risk appetite is the dormant driver that carries the greatest potential. Fear of volatility and deleveraging can quickly bolster the greenback’s safe haven appeal and override the EURUSD’s preoccupation with relative stimulus efforts – the primary driver after euro ‘tail risk’ has eased as general risk trends level out.

Yet, it is the catalyst for that change in attention that we are looking for. A global financial shock is the most efficient spark, but there are many safeguards in place nowadays to help prevent many tremors. Alternatively, we could also look to the overall safety net itself: stimulus. In fact, this past week, we saw global stimulus (combining Fed, ECB, PBoC, BoJ and BoE efforts) posted its biggest drop since January 2009…

Euro: Will the ECB Send EURUSD Below 1.3500 on Currency Concerns?

Euro bulls have taken their foot off of the gas; but critical pairs like EURUSD, EURGBP and EURJPY are still within striking distance of their newly-pressed, multi-month / year highs. The focus now turns to the upcoming European Central Bank (ECB) meeting and President Draghi’s press conference that follows. Typically, we wouldn’t expect much from this particular event; but market speculation has heat up around the financial and fundamental conditions in the region. Over the past few weeks, we have seen the optimism in falling peripheral government bond yields (Spain, Greece, etc) fade while concerns about growth and the possibility of a revived financial crunch are returning.

The balance for the ECB between these factors may have tipped somewhat however with recent developments. When it was reported back on January 25 that 278 banks would repay €137 billion in Long-Term Refinancing Operations (LTRO) loans, it could have been interpreted as a positive sign – that the banking system doesn’t need outside support and is thereby strong. That said, both Moody’s and EC Commissioner Olli Rehn have said that accessing the market for funds is Europe’s biggest risk moving forward. If policy officials recognize the reduction in liquidity as a risk, they can respond by increasing their own effort. A rate cut or new stimulus effort would be a direct euro selling point. Yet, it is still a low probability. Similarly low probability (but more likely than easing) would be a mention of concern about an ‘expensive’ currency.

British Pound More Prone to Central Bank Shift than EuroEven a significant change in policy, data or underlying fundamental can fail to move a currency if the market fully expects it to occur ahead of time. That is precisely why we shouldn’t ignore the possibility that the sterling can be shaken by the upcoming Bank of England (BoE) rate decision. While the policy authority is unlikely to change stimulus efforts, any realized shift would leverage far more reaction from the pound than a more probably change from the ECB on the euro. The BoE, having reviewed the effect of past stimulus on growth, has room to ease.

Bank of Japan Governor Shirakawa’s announcement earlier this week that he would be stepping down from his role earlier than scheduled (Mach 19) was yet another escalation of Japan’s threat to ease. Threats, though, are not action. And, the FX market seems to have priced in the implications of an earlier replacement – having the new governor move up the 2014 stimulus program – quickly. What now? Risk trends?

With this morning’s fundamental wave, Australia’s loaded docket has shed the remainder of its weight. The last round offered up an increase in net employment through January (10,400 jobs) and holding in the jobless rate (5.4 percent). Though, the drop in participation and contribution of part-time jobs was clearly diminished this ‘good’ report. Alongside a dovish RBA and weak retail sales, AUDUSD may break 1.3000 soon.

Australia wasn’t the only country reporting jobs numbers. New Zealand reported deceptive figures of its own. A surface level read on the data would show a bigger than expected drop in the unemployment rate to 6.9 percent – pulling back from a 13-year high. That said, this ‘improvement’ came alongside a 1.0 percent drop in the number of employed, helped by a drop in those seeking jobs. Details, details.

Gold Ready for Any ECB Backtrack on Stimulus Withdrawal

Gold needs a catalyst to force a breakout from its tight congestion, and that is exactly what we are looking at for the upcoming trading session. Normally, we would look to the dollar to act as the metal’s rudder; but its sensitivity to stimulus may prove more influence through the ECB’s efforts. If the European authority throws its hat back into the stimulus ring with the Fed and BoJ, we can overtake 1,685. 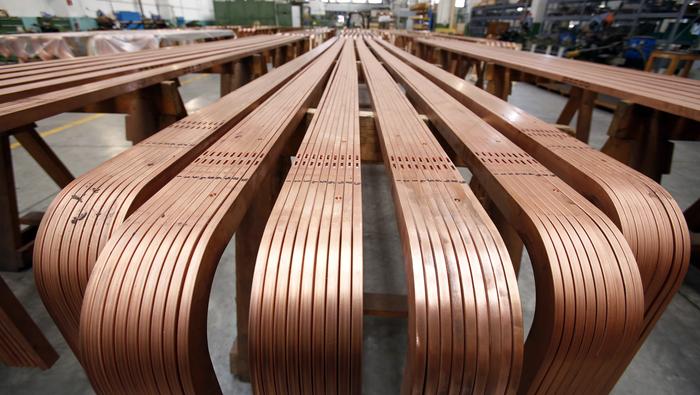