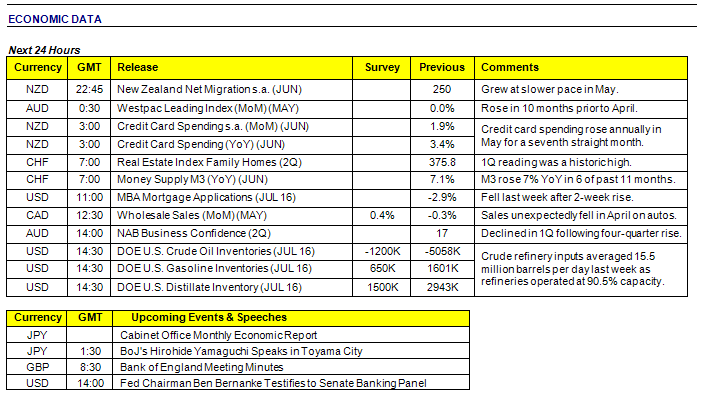 Dollar Climbs as Euro Weakness Steps in for an Unstable Bearing for Risk Appetite
It was a truly unusual day for the speculative markets Tuesday. Through the early session trading hours, there were blatantly conflicting signals that both pointed to a strong advance in investor sentiment while simultaneous defining a supposed surge in fear. To get a sense of the full scope of the imbalance, we were confronted by a plunge for equities through the US open (followed by a steady recovery), gold rallied, the dollar climbed on a trade-weighted basis, the Japanese yen plunged and high yield currencies surged. Fundamental traders should recognize that the dollar, yen and gold are considered relative safe havens and should therefore promote a strong correlation between themselves while simultaneously maintaining a distinct negative relationship to risky assets like equities and currencies backed by higher rates. This unusual turn of events is born from two unusual circumstances. The first consideration is that speculative conviction (bullish or bearish) is being restrained by the countdown to this Friday’s EU Stress Test results – an event that could redefine investor confidence the world over depending on how the results are received. Taking a large, directional position before this event risk opens the door to excessive risks; so many remain flat or are holding off on short or medium-term positions. Within this context, we see that none of the major asset classes have established a new trend with today’s price action. That being said, the mixed direction and sharp volatility emanates from an active round of event risk.

Even if the noise through the day were filtered out, it would still be difficult to discern a clear direction in underlying confidence today. From the US dollar’s standpoint, both its role as safe haven and primary alternative to the euro helped to keep the currency buoyant. It could be argued that a considerable source of demand before the official open of the US session was the poor earnings performance of a critical financial firm: Goldman Sachs. Having not long ago reported a record income, the financial firm recorded a resounding 82 percent drop in revenue through the second quarter – the biggest decline since the fourth quarter of 2008. This news was good for a 1.4 percent plunge from the Dow Jones Industrial Average on the open. The subsequent reversal rally would have also tipped the greenback into the red if it were not for the weakness of the euro. Three questionable government debt auctions were punctuated by an indisputable failure (Hungary). Should reality dawn on investors of the long-term troubles that face the Euro Zone, the interpretation of these numbers could easily be considered portents of doom. And, one more loose end: the divergence of the yen. This was currency specific through BoJ intervention speculation.

Holding implication for sentiment itself, the US event risk was more importantly a concern for long-term growth. Housing starts for June dropped another 5 percent following the expiration of the tax incentives for new purchases a few months ago. Construction has never really recovered, nor will it given the glut of existing homes for sale along with the lasting troubles in employment and wages.

Euro Anchored by Friday’s Stress Tests but Volatility Still Wide Open on Bond Auctions
While the euro would put up an impressive performance again the Japanese yen (typically the most sensitive counterpart to risk trends); its overall health was undoubtedly discouraging market wide. Once again, government bond auctions have dotted the headlines. It seems the economies with more strained finances are still finding enough demand to absorb new issues; but the success of these operations should be judged on the yield drawn (the cost of the loans to the governments) and the term for the paper (the shorter the maturity the more quickly it needs to be refinanced). Today, the light seems to have shown through in terms of the troubles that face individual EU members and the region as a whole. Both Ireland and Spain would report the best results. The former sold 1.5 billion euros worth of longer dated bonds and is reportedly fully funded until 2Q 2011. Spain’s combined 6 billion euro auction has drawn slightly lower yields. The trouble starts with Greece whose 1.95 billion euros in three-month paper required a rate of 4.05 percent (very high). Most concerning is the periphery Hungary which couldn’t fill its expected sale after talks for a bailout were halted. All this reminds us to watch the ECB’s weekly tender to see how much they are buying.

British Pound Recovers from Tumble Following Government Borrowing Numbers, BoE Minutes Up Next
To maintain a steady advance, the fragile British pound requires support on three fronts: growth; interest rate expectations and financial stability. Today, the UK’s fiscal health was brought into focus with a disappointing outcome for the June public sector net borrowing which printed a 14.5 billion pound deficit. It will take some time before the government’s spending cuts are fully accounted for; but this reminds of just what kind of uphill battle stands ahead of the economy. With 2Q GDP numbers due Friday, the CBI business sentiment survey was a small appetizer for growth speculation; but the sharp drop doesn’t help things. Tomorrow, we will see whether a BoE hikes is likely this year with the minutes.

Canadian Dollar Sees More Volatility than Direction after Bank of Canada Rate Hike
The 96 percent probability of a hike from the BoC priced in by the market proved visionary. However, the second monthly increase in the benchmark rate to 0.75 percent wasn’t what traders were really interested in. The more important factor was the bearing for future policy. According to the group future hikes would be “weighed carefully,” but downgrades to 2010 and 2011 growth doesn’t come off as hawkish.

Australian Dollar Balks at the Bearish Tint in the RBA’s Minutes
Though not a rate decision itself, the RBA would make waves of its own with the release of the minutes from its last meeting. The group noted that past hikes brought the rate to an “average” level and allowed flexibility in future decisions. Specifically, they forecasted core inflation too cool below 3 percent, which would curb the need for hikes. Nonetheless, the Aussie dollar would ignore this news and climbed anyway.

Japanese Yen Tumble Contradicts Prevailing Risk Trends as Rumor of BoJ Intervention Circulates
We don’t typically need a reason for a drop in risk appetite for the yen to follow suit; but the currency seemed to break ties with this most consistent of fundamental drivers today. The tumble in the funding currency was speculatively derived as traders spook themselves with rumors of BoJ intervention. They could have very well intervened, but they won’t say so; and it is the mystery of interference that usually sparks reaction. 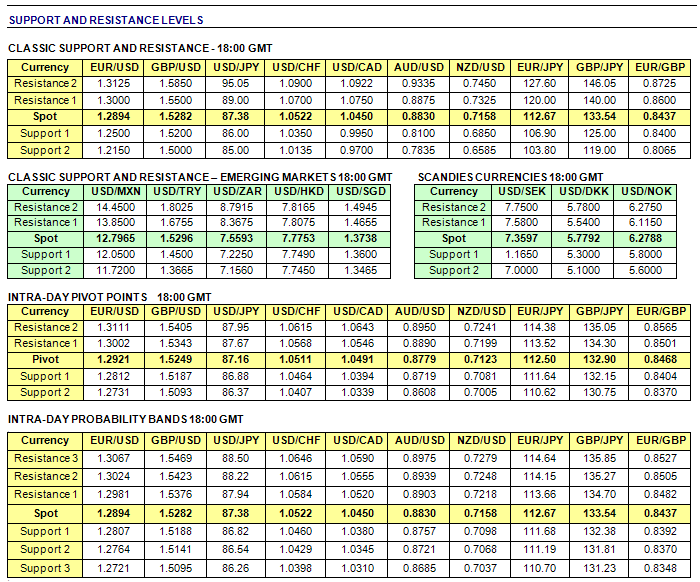