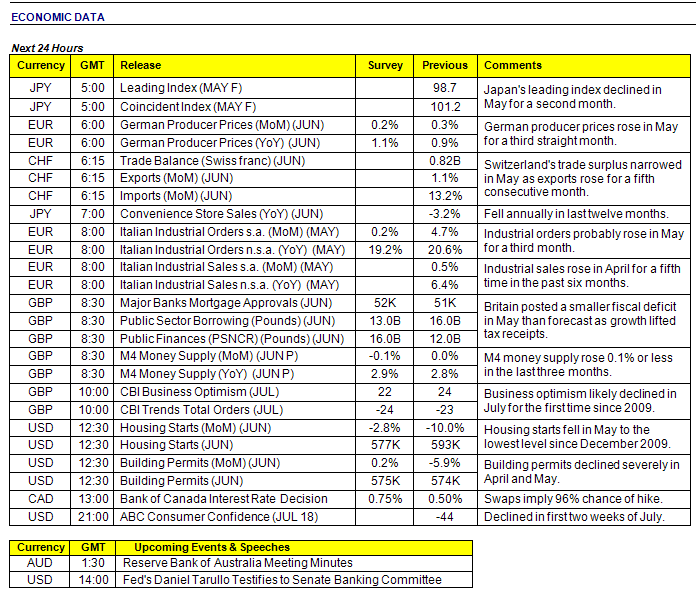 Dollar Holds Steady Despite Clear Threats to Financial Stability and the Euro
There are two prominent roles that the US dollar fills for most currency traders: the benchmark currency is both a favored safe haven and the primary alternative to the euro. For the savvy fundamental trader, these two functions are invariably linked; but it is important to realize that they can develop individually and therefore guide the greenback separately. With that in mind, we were watching today’s fundamental developments intently to measure the response from the broader speculative market and the currency market in particular. The ultimate take away from today’s headlines was that the threat of a second global financial slump had increased remarkably; but the response from the speculative ranks was surprisingly mute. Taking stock of today’s developments, we were met with a 0.6 percent rise from the S&P 500 (equities being the least convoluted reflection of risk appetite) while the Dollar Index put in a slight advance - its first in five trading sessions. This may not seem exceptionally unusual; but such stability is peculiar when Europe seems on the verge of a crisis.

As previously mentioned, the dollar plays the role of a safe haven and euro alternative. It is therefore remarkable that the headlines from Europe would not catalyze dollar buying through at least one of these channels today. The most noteworthy headline through the day came from Bloomberg News which quoted two people “familiar with the results” of the EU Stress Test of 91 European banks as suggesting that Germany’s Hypo Real Estate had failed the group’s already lenient scenarios. While this is merely hearsay until the numbers are confirmed by at the end of the week; there were plenty of other headlines from the region to tell the astute investor that another test of the global financial market’s stability is possible in the very near future. This tells us something very valuable about the current state of the market: fundamental uncertainties have less immediate influence than speculative capacities at the moment. Periods where market participants turn a blind eye to verifiable economics or threats of instability are not unusual; but there were perhaps a couple of particular counterpoints to prevent a tumble in risk appetite and sell off in the euro from sparking demand for the dollar. The first stabilizing effort is developed around the reality that there are much more specific and viable threats in the near future. Just as a nonfarm payrolls release scheduled for a Friday can temper volatility in the dollar and risk appetite in the days preceding its official issue, the presence of the EU’s Stress Test results on Friday and the UK 2Q GDP reading (as a proxy for the industrialized world) can act as an anchor on price action. A more active foil to the negative sentiment that could have developed on the day was the renewed focus on earnings. The headline figures to this point have been slightly better than expected; but we should not forget the negative response to loan losses and write offs on Bank of America and Citigroup’s results. Expect financial firms’ accounting to play a bigger role in risk and for the dollar tomorrow when Goldman Sachs, Morgan Stanley and Bank of New York all report their figures for the second quarter.

And, though it has garnered less attention recently, tomorrow’s scheduled economic data should be processed for its long implications for medium-term growth and interest rate expectations. The July reading of the NAHB housing index slipped further than expected to a 14-month low. This sets a concerning precedence for the housing starts and building permits figures that are due for release tomorrow (notably June statistics). The previous month’s data has already set a precedence for a sharp slump from the vital sector of the US economy follow the expiration of tax incentives at the end of April. If this deterioration continues, the outlook for recovery will be significantly diminished.

Euro Little Moved in the Face of a Possible EU Stress Test Failure, Ireland Downgrade
The market hasn’t seen a more worrisome round of headlines in some time; and yet the euro was able to hold its own today. That is testament to the strength of speculative interest in the market. However, for those that require a fundamental reason for the shared currency’s stability, we can take the Bundesbank’s bullish assessment of 2Q growth for the region’s largest economy. Summing up their appraisal for GDP over the past quarter to have grown at an “extraordinarily strong pace” is perhaps setting the bar high. Nonetheless, the promise of growth is a strong aphrodisiac for bullish investors looking for another reason to add. On the other hand, those that look at the situation objectively, would have taken note of the building threat to the region’s financial stability. Rumors that one bank has already failed the EU’s stress tests leads us to consider what will happen to those that fall short of leaders’ already loose scenarios. Add to that the fact that Ireland was downgraded one step by Moody’s while the EU and IMF halted talks with Hungary over a sizable loan because of its failure to cut deficits and we see the threat of a crisis spark. What was most interesting though was the news that Spanish banks reported a record 100.4 billion in bad debt in May and the ECB had bought 302 million euros in government debt last week. Will the spark for a crisis come from the private or public sector?

British Pound Traders Await a Fundamental Wave the Begins the UK’s Fiscal Health
The British pound marked a mixed performance Monday; but a general assessment of direction would come across as bearish as the single currency depreciated against high yield and safe haven alike. The only scheduled event risk of note today from the UK was the Rightmove House Price figure from July. The first monthly contraction this year does not bode well for an economic recovery. That being said, tomorrow’s docket is far more influential. The CBI business sentiment and mortgage approval numbers will yield to the public sector borrowing report. Fiscal health is one of the primary drivers for the pound at the moment (along with interest rate speculation and GDP).

Canadian Dollar: How will the Loonie Respond to Tuesday’s Bank of Canada Rate Decision?
Statistics Canada’s report that foreigners bought a record C$23.2 billion in Canadian assets bodes well for the perceived growth and stability of the world’s eighth-largest economy. However, from a volatility perspective, tomorrow’s BoC rate decision is far more influential. The market is pricing in a 96 percent chance of a hike to 0.75 percent; but the true activity will be centered on the direction and pace of policy going forward.

Japanese Yen: Rumor and Speculation of Intervention and Policy Loosening further Boost USDJPY
As a funding currency, the Japanese yen reaps the benefits of carry unwinding. However, for some pairs, there is not enough built up interest to keep this reversal flow going. What’s more, with pairs like USDJPY near recent historical lows, the burden of progress is even more difficult to establish. Speculation to start the week is that the BoJ is considering loosening monetary policy should USDJPY hold near 85. 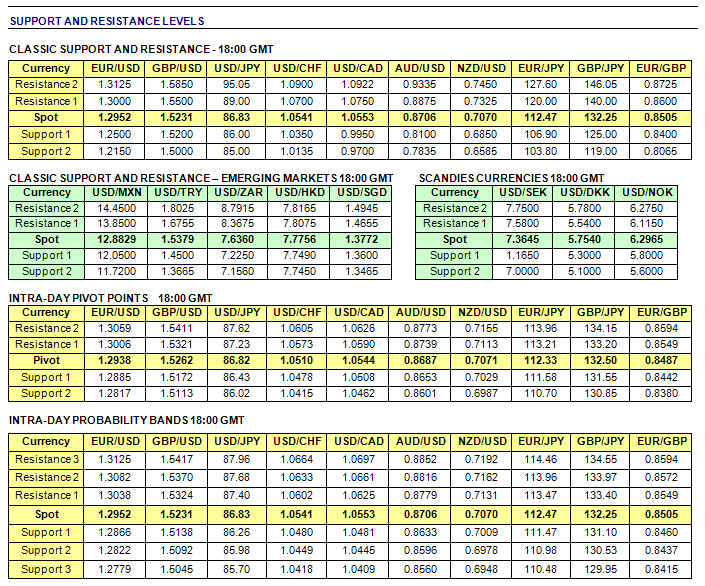