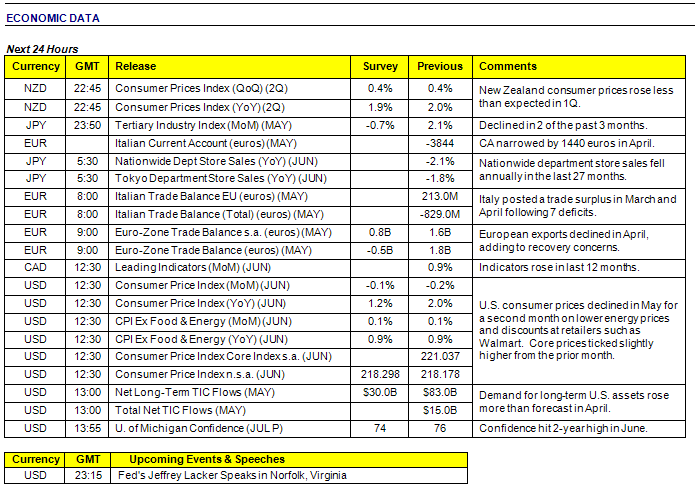 Dollar Takes its Guidance from the Euro Rather than Risk as Correlations Flex
Three months ago, the fundamental structure of the markets was relatively easy to interpret. A rise in risk appetite would lead to an obvious and prompt advance for equities, commodities and high-yield currencies. Should sentiment deteriorate, these same securities would retreat and safe havens like the US dollar and Treasuries would in turn climb. Today, it seems that the underlying concept remains; but there are more and more instances were a currency or asset class deviates from its predefined position. This is to be expected though as the economic, financial and yield potential for countries develop at different rates and as speculative interests themselves waver. Today’s we were met with both a corrective move in risk trends and a remarkable divergence from the US dollar. Looking for an accurate gauge of investor optimism, we can still find a reasonable reading from equities. Through the Asian and European sessions (and through much of the active US trading day), selling pressures were consistent. This negative view was facilitated in part by the disappointing US sales data and the downgrade in the FOMC’s growth projections yesterday; but the real catalyst for the move was the release of China’s second quarter GDP report along with a range of important monthly data. The growth report was top event risk for the entire day; and the outcome was discouraging. The 10.3 percent rate of annual expansion may seem a strong reading given the US is running a 2.7 percent clip; but it is important to compare apples to apples. Through the first quarter, the world’s third largest economy was running at an 11.9 percent rate; and the consensus forecast by economists was for a 10.5 percent reading. Not only did this round of data disappoint; but this particular economy is considered the symbolic leader of the global recovery, it reflects a clear reaction to the withdrawal of stimulus (an effort being made worldwide), and it further sets a bearish precedence when the G7 nation’s release their own growth readings (the UK is scheduled to report on the 23rd and the US on the 30th).

With the reversal in risk appetite (leading to the first decline in seven days for many benchmark US and European equity indexes), we would naturally expect the US dollar to recovery lost ground as it climbed back into its role as a safe haven. Instead, the single currency would put in for an aggressive drop through Thursday’s session that would seem to reflect a positive correlation to risk trends. Instead, the sharpest decline in two weeks on a trade-weighted basis was partly encouraged by the recent deterioration to the dollar’s own fundamental backdrop (the growth outlook has cooled and interest rate expectations have fully receded). More influential though was the positive influence of the euro. In its role as a safe haven currency, the greenback based the majority of its progress on the euro’s weakness – a relationship that is made clear with the EURUSD’s steady six-month decline from the beginning of December. This makes sense given the liquidity of the exchange rate and the sheer size of the two economies as alternatives to one another. And, after such a consistent and aggressive decline, the euro has significant room to further retrace. This natural buoyancy met a catalyst in the news that the Spanish government’s debt auction met more than two-and-a-half times what was offered despite signs that the banking system has grown increasingly dependent on ECB loans and in the face of downgrade speculation. Putting this into context, we have seen a number of successful debt sales amid downgrades and deterioration in finances. Nonetheless, this crisis seems to be put on hold. When it comes back to life, or China takes its place, the greenback will step back in.

In the meantime, we turn to the US economic docket for guidance on short-term volatility. Today’s data held relatively little sway. Far more interesting tomorrow, the June CPI data will fill in dour rate speculation and the U of M survey will give a very early projections of future growth.

Euro Climbs as Spanish Bank Fears Put to Rest by Yet Another Successful Debt Auction
If we were to judge the euro’s strength on its performance against the US dollar alone, we wouldn’t see the full picture. Starting from a severely depressed level set last month; a retracement isn’t difficult to support as the market unwinds some of the risk premium priced in under the probability of an imminent financial crisis for the Euro-area. That being said, the shared currency actually rallied across the board Thursday – with a strong performance against high-yield, fundamental sound and safe havens alike. This is the sign of true strength. The means for such strength: the success of another governmental debt auction. So far this week, Germany, Italy, Portugal and Greece have tapped the capital markets to raise money to support their normal financing needs. Added to this list today was Spain, which auctioned off 3 billion euros worth of 15 year notes to a bid that was 2.57 times what was offered. This is impressive considered just yesterday the Bank of Spain reported national banks have been essentially locked out of the capital market. With Greece, Portugal and Spain stepping back into the market, conditions seem to be normalizing. That may be pushing it though. The rates they are paying are still overwhelming and growth is naturally deteriorating.

Japanese Yen Forges Morning Rally as Carry Reversal Crowds out BoJ’s Downgraded Forecast
More often than not, the yen’s function as a funding currency overwhelms the influence that normal fundamental developments could and should have on the currency. This was the case Thursday. The first bearish swing in sentiment in over a week would encourage an unwinding of carry interest and send capital back to the Japanese market. Closer to home, the Bank of Japan announced a hold on monetary policy (no surprise); while the group went on to rise its growth forecast for the current year (from 1.8 to 2.6 percent) and lower the outlook for next year (from 2.0 to 1.9 percent). Perhaps not fully appreciated yet though is the impact that a slowing Chinese economy could have.

British Pound Rally: In the Right Place at the Right Time
The British pound put in for a remarkable performance today; but there was very little of fundamental value to encourage this move. We can partly attribute this advance to the development in underlying sentiment (there is a sense of stability here given the government’s financial efforts); but there is likely also a component of shared performance with the euro – given the financial and economic ties the two share.

Australian Dollar Slips as Inflation Expectations and Chinese Growth Curb Bullish Outlook
Fundamentals were clearly working against the Australian dollar. The risk aversion for much of the day would carry considerable weight. Add to that the fact that China’s level of activity cooled more than expected and consumer inflation expectations eased; and the support for further interest rate hikes continues to diminish. Currently, the credit markets are pricing in a tepid 17 bps of tightening over the next 12 months. 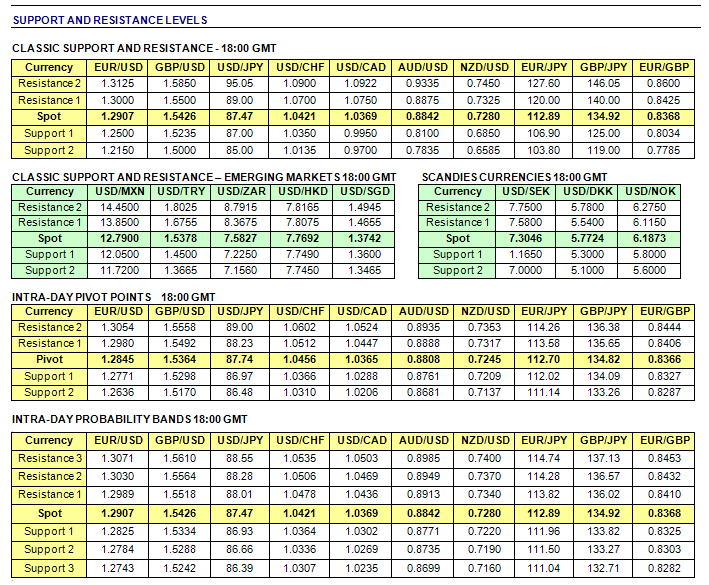