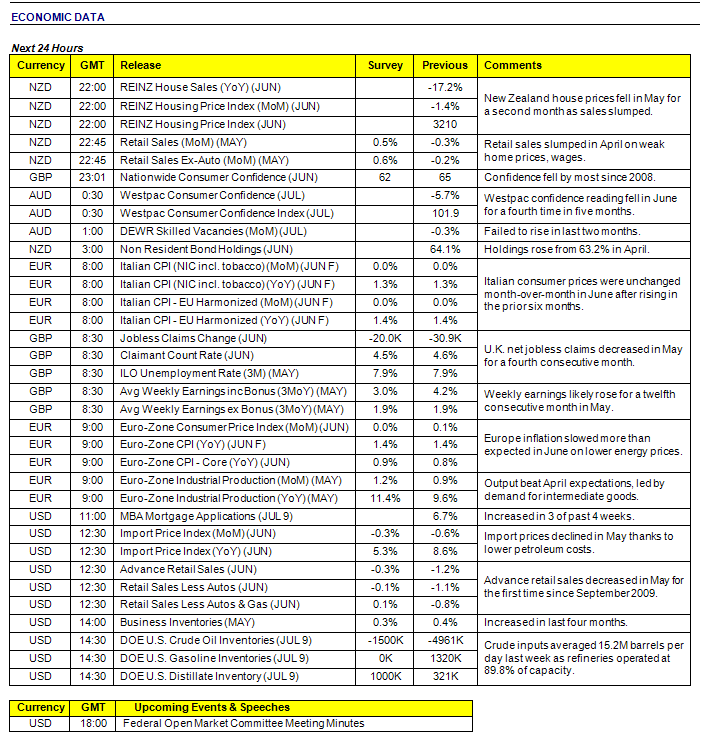 Dollar Drops to a Two-Month Low as Risk Appetite Rises, Data Disappoints and China Downgrades
Is it ironic or appropriate that one of China’s top ratings agencies downgraded the US sovereign credit score? Dagong Global Credit Rating Co. made its first foray into sovereign ratings by lowering their evaluation of the Western hemisphere (the US, UK, France, Spain and Italy would all come under the ax) while their appraisal for China was actually lifted. The upgrade to the world’s third largest economy (which they say was significantly influenced by FX reserves and perceived wealth creation) is difficult to justify; but the demotion of the US is not too difficult to reconcile. Bloated and lasting deficits coupled with questionable economic health and ongoing credit issues all combine to cast doubt over the future of the United State’s economy. That being said, these ratings reflect the possibility that a nation could default on its debt. Considering the exposure the world has to US markets (through investment, reserves or export demand), there is a mutual interest in keeping the nation solvent. On the other hand, confidence is a tricky thing. We have seen a withdrawal of optimism freeze the world’s credit, set its economy into its greatest recession in generations and even threaten to undermine market-based capitalism itself. It is not so far-fetched to imagine sentiment could lower the perceived solvency. So while many would write this foreign organization’s downgrade off; it should act as a friendly reminder that the US and world face substantial headwinds and investor confidence ultimately defines how we will progress.

Speaking of sentiment, the greenback was under substantial pressure Tuesday primarily because of a sharp rally in risk-sensitive assets. US equities advanced for a sixth consecutive session and at an impressive clip (the benchmark S&P 500 Index rallied 1.5 percent). Confirming that this wasn’t simply unique to this single security; commodities; government bond yields and high-yield currencies all fell into line with equally impressive moves. Looking for the catalyst for this demand for high returns (with an inherent lack of concern for the risk that is thereby involved), we come up with relatively shaky support. The bullish pressure seemed to really take hold after the results of the Greek bond auction were released. With this single economy taking responsibility for the future of the entire European Union – and in that capacity the near-term stability of the globe’s financial health – a debt sale that meets significant demand and draws a lower cost that most had expected is considered a sign of hope. That being said, this was only one, small operation. The path to recovery for this particular economy is long and problem strewn. What should really encourage doubt though is the threats that lie outside Greece. Largely overlooked today was Moody’s (considered one of the three official credit ratings firms) downgrade of Portugal’s sovereign rating. Sentiment can be selective; but the threats to the normal functioning of markets and economies are abundant and consistent.

Though it is difficult to correctly gauge how much impact this really had through sentiment channels, the start to the 2Q earnings season no doubt contributed to the positive sentiment on the day. Blue chip Alcoa reported a bigger than expected $136 million net income through the period that has rekindled the passion for earnings that blossomed with the first quarter numbers. Here, there are two issues. First, the real damage can be done by financial firms. The first big bank to announce is JPMorgan on Thursday – followed by Bank of America and Citigroup the following day. Also important to recognize is that accounting is a flexible analysis. Losses can be deferred and the true shape of a company or sector distorted. As for economic data, increase in the trade deficit and drop in small business optimism should not be a surprise as growth moderates. A similar expectation for underperformance can also be established for tomorrow’s retail sales data and even the FOMC minutes.

Related: Discuss the Dollar in the DailyFX Forum, Watch the US Retail Sales Release Live with John Rivera

Euro Climbs as a Successful Greek Bond Auction Counteracts Portugal Downgrade
It is easy to get caught up in the day to day developments of a trade, market or economy. However, when it comes to the long-term trend, the big picture of fundamental health is more important. This is why the euro’s response to today’s event risk brings with it a level of skepticism. The shared currency rallied through the European trading session and continued to climb into the US hours after it was announced that a 1.625 billion euro auction of 26-week Greek notes drew a 4.65 percent yield and bids equivalent to 3.64 times what was offered. While these are questionable figures in normal market conditions, they are considered a success when compared to the forced bailout the nation faced just a few months ago. Yet, this small auction does not absolve all the risk that exists in Greece’s effort to recover, or more importantly with the European Union’s ability to stabilize its financial health. Reminding us of just what stage of the game we are in today; Moody’s took the opportunity to downgrade Portugal for an outlook of relatively weak growth and high debt for the “foreseeable future.” Up next, we will see the concern over the interpretation of the Stress Test results set in. The 15-month low in the ZEW investor sentiment survey gives us a reference for expectations.

British Pound Reverses Monday’s Losses as Inflation Data, BoE Chatter Revive Rate Speculation
When the fundamental picture is torn between two extremes, the reaction to meaningful economic updates can be quite severe. We saw that this was the case for the British pound today. Just yesterday, the sterling was under pressure after Standard & Poor’s set its outlook for the economy to negative and a BoE member warned a return to recession was a very real possibility. In a direct reversal of these conditions today, the June consumer-level inflation data boosted the focus on rate expectations. The year-over-year core figure accelerated unexpectedly to 3.1 percent to put price pressures on the lists of the central banks concerns. Helping the situation, the BoE Sentance connected low rates to high inflation.

Japanese Yen Drops as Carry Interest Grows, The National Pension Fund Sells JGBs
How bad are things for the Japanese yen? For the reactionary trader, this is simply a matter of the strength or weakness of risk appetite and thereby carry demand. For those that are more concerned about the medium and long-term, the answer lies with the nation’s economic and financial health. Today, the BoJ reported the national pension fund sold government debt for the first time in nine years. The future is dimming.

New Zealand Dollar Rallies Before Housing, Retail Sales Data Misses Expectations
Though there was substantial event risk in the early Asian session Wednesday, the kiwi dollar was already well underway the previous day thanks to the strong demand for high yield / high return assets. That being said, when data reported home sales dropped to a 17 month low and retail sales ex autos slipped for a second consecutive month; the sentiment drive had already run its course. 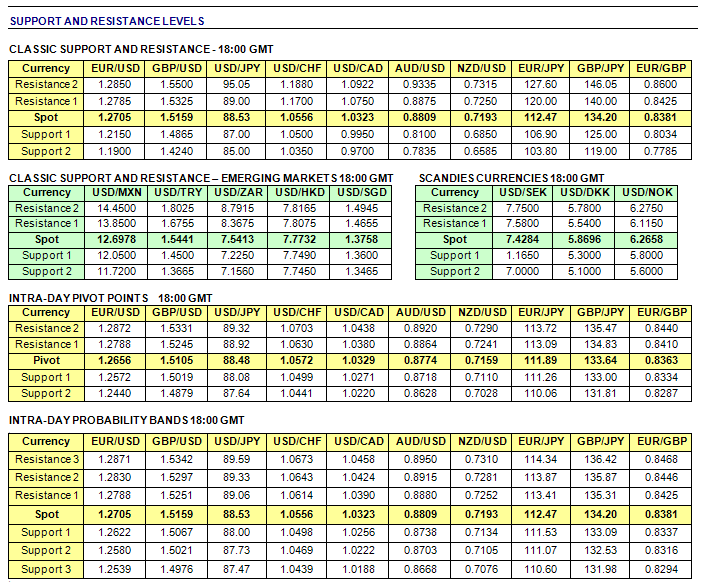