Dollar Slips for a Second Day but Losses Far Less Severe Than Risk Would Suggest
Two months ago, we would only have to look at the remarkable 3.1 percent rally from the S&P 500 through today’s session to assess the direction and momentum for the US dollar. That isn’t necessarily the case nowadays. Speculative appetites surged through Wednesday leading the benchmark US equity indexes to their biggest gains since May. And, while the dollar would trade lower on the day; the discrepancy in momentum between the two was remarkable. In fact, looking across the dollar-based majors, there is a marked difference in the performance of various pairs. At the high end of the risk curve, we see that the commodity rooted majors all put up a strong anti-dollar run through the day. This doesn’t deviate from what we would be expected from the FX market. On the other hand, lack of progress made by EURUSD and GBPUSD is quite remarkable. Neither pair would be able to force new highs on recent congestion. Both the euro and British pound face their own fundamental troubles in the form of flimsy growth, interest rate and financial stability forecasts. However, it is exactly this uncertainty that would be expected to bolster the case for gains. Further deepening the issues, both USDJPY and USDCHF put in for aggressive losses through mid-day. Both pairs are considered to be relatively balanced when it comes to risk appetite trends due to their shared roles as safe haven currencies. From this unusual performance across the board, we could be led to believe that the dollar has come off its mooring as the preferred reserve. Yet, perhaps this is instead indicative of the quality behind risk appetite trends. The contrast in activity between highly-sensitive asset classes (large carry FX pairs and equities) and those more fundamentally qualified (EURUSD and government bond yields) suggests the current rally in risk appetite isn’t based upon a solid economic backdrop. If that is the case, the dollar could rally on a revival of risk aversion.

The break between sentiment and fundamentals is difficult to attribute. Investors have relatively little to cheer on the day. Another relatively successful day for European governments raising funds from the market along with a positive outlook for tomorrow’s US economic data could take some responsibility; but a rally of this caliber is beyond such tangential news. That leaves one very clear scenario whereby risk appetite itself leveraged own momentum and stoked panic buying (and perhaps short covering). This is not an unusual situation over recent history. It is interesting to note though that such developments are typically short-lived and don’t often reverse existing trends – they merely offer a correction. And, if this is the case, the dollar could quickly reverse course against its more risk-sensitive counterparts. The single currency’s progress against the euro on the other hand, is a different story. EURUSD put in for its strongest performance in months on a day that the investor sentiment was on the retreat. This reflects a deeper connection to the health of the global financial picture and their European area in particular. Should the euro’s correction run out of steam or the mood sour on forthcoming EU stress tests, the greenback could once again climb.

As for scheduled event risk, the economic docket for the US is relatively light for the dollar over the coming 24 hours. That being said, both the ICSC Chain Store Sales reading for June and consumer credit report for May are meaningful indicators. Both pertain to consumer spending, which is the foundation for economic activity in the US; and the credit report is useful in assessing the financial situation. While these indicators may not have the clout of an NFPs or durable goods orders number, they are critical to performance and better at gauging long-term trends. Another potential but unusual catalyst for the dollar is the outcome of the ECB decision tomorrow. Ignoring the rate decision, renewing the sovereign bond purchasing program or changing lending facility targets could drive the euro and the dollar in turn.

Euro: Positive Bond Auctions Conflict with Feeble EU Stress Standards, ECB Decision Up Next
It seems conditions continue to improve for the European financial markets. Following up on the successful auction by Spain yesterday, both Germany and Portugal reported a successful venture into the market. The region’s biggest economy raised 4 billion euros in 10-year notes and drew the lower yield for the paper on record. This is not that unusual considering bunds are the safe haven asset of Euro (much like Treasuries are treated as anchor for most the world). Far more impressive was Portugal’s ability to raise 763 million euros on six-month bills at a yield of 1.947 percent – while the yield back in May for a similar auction was 2.955 percent. The ability for these governments to raise capital at reasonable rates is imperative to their ability to fund spending habits and cut deficits going forward. However, this should not be taken as evidence that conditions have definitively improved. Speculative interests have a lot to do with this success and sentiment can quickly change. A true reflection of the region can be found in news that the CEBS performing the EU stress tests are setting a worst case scenario for a 17 percent loss on Greek bonds and 3 percent on Spanish bonds. This is hardly realistic as a worst case and thereby of little merit to the market.

British Pound Looks for Clarity on Interest Rates, Growth from BoE Rate Decision
Like the euro, the British pound struggled for direction despite an advance in risk appetite. In recent weeks the sterling has shown an affinity for positive sentiment trends thanks to the optimism surrounding interest rate opportunities and the good will priced in for the government’s efforts to balance the nation’s fiscal position. To keep this momentum going though, fundamental traders may require hard evidence to support their optimism. We will get a sense of timing for monetary policy with tomorrow’s Bank of England rate decision. There was no movement on rates last meeting; but there was a distinct shift in the MPC’s underlying support for maintaining its ultra-loose stance.

Canadian Dollar Looks to Risk Appeal to Offset Fundamental Ivey PMI Shortfall
If it weren’t for the strong move in sentiment, the Canadian dollar would have very likely tumbled through Wednesday’s session. Dimming the outlook for a comparatively strong pace of growth and monetary policy, the Ivey business activity survey for June unexpectedly slipped for the first time in six months and from a two year high. Employment, output, inventories and prices all slipped in the component data.

Australian Dollar Will Look to Employment Trends to Maintain Bullish Sentiment Post RBA
The fact that we were just coming off an RBA rate decision will work in favor of Aussie dollar volatility. With this rate decision, there was an ambiguity as to intentions given the mention of moderate strength in consumer spending and concern over global financial troubles. Perhaps tipping the boat to one side of the other, the June employment data can define sentiment as well as fundamental expectations. 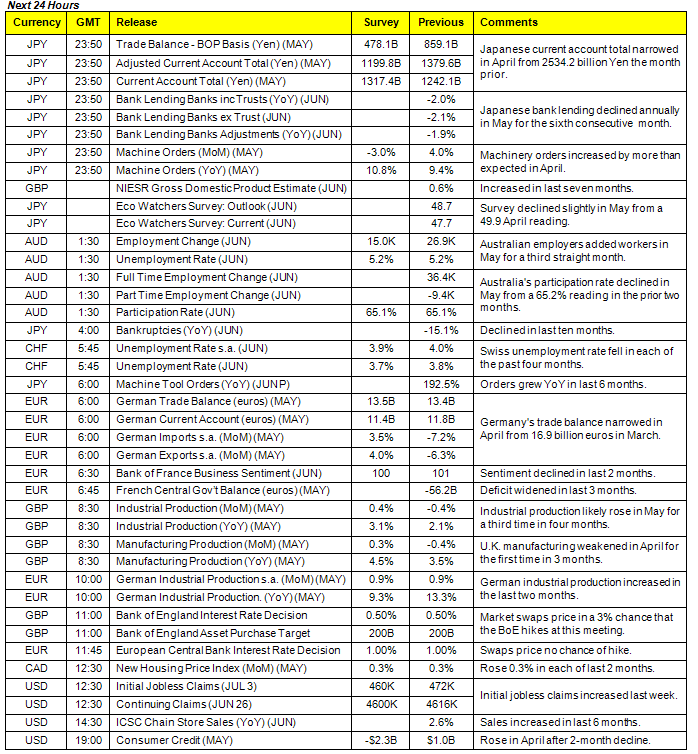 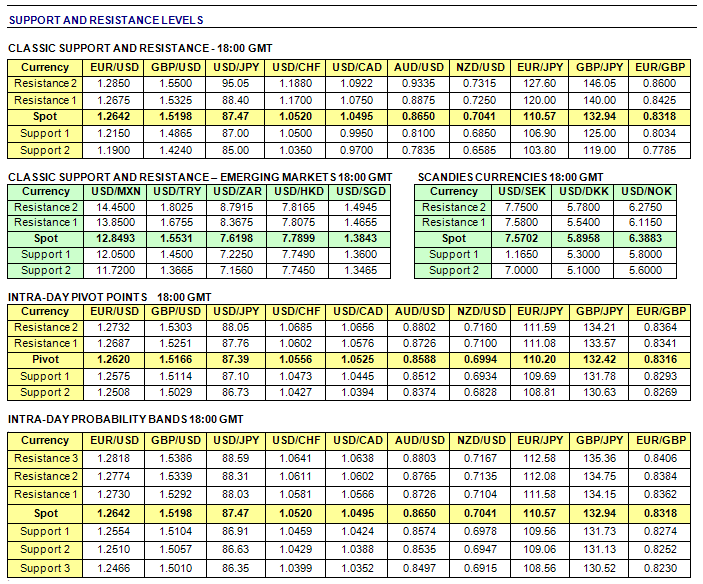