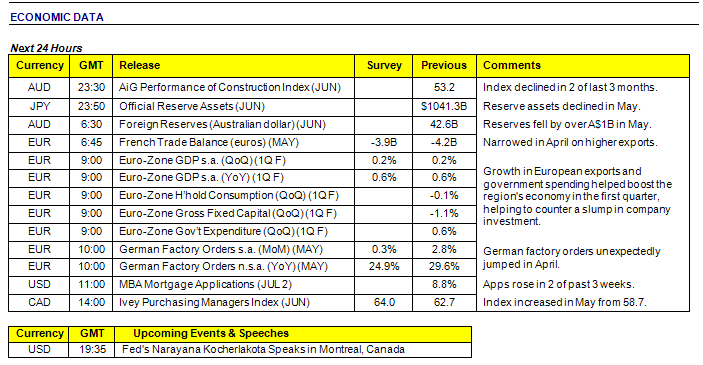 Dollar Extends its Tumble as Risk and the S&P 500 Advance, European Financials Seem to Stabilize

Dollar Extends its Tumble as Risk and the S&P 500 Advance, European Financials Seem to Stabilize
It should be noted that during the low liquidity of Monday’s session, the dollar put in for a modest advance; and with the revival of activity today, the greenback would extend its fledging bear trend to a fresh eight-week low. Ignoring fundamental influences for a second and just matching liquidity to direction presents an interesting reflection of prevailing trends. However, when we start to look at the details of the day’s performance; doubt starts to creep in as to how stable this momentum actually is. Unlike the market’s unusual deviations last week, the dollar’s performance today would play out as would be expected: a rise in risk appetite would translate into a sharp decline for the world’s favored reserve currency. For its own part, the Dollar Index extended the bearish phase that was initiated with last Thursday’s plunge (a move that found the greenback moving in the same direction as risk-based asset classes) and had since tempered with the extended holiday weekend in the US. Tracing this performance back to its fundamental source, we find a general surge in speculative interest through the European session and into the opening hours of the US trading day was powerful motive to sell the safe haven. In fact, as evidence to the swell in sentiment, the benchmark European equity indexes would top three percent across the board. Carrying through this remarkable performance, the S&P 500 played catch up with a 1.95 percent rally through the opening hour of trade in New York. Yet, North American liquidity wouldn’t transmit the bullish signal for long.

Though US stocks quickly caught up to their European counterpart in the opening minutes of official trade Tuesday, the session would immediately peak after this run. In fact, a steady selling pressure would take over for the rest of the day which led US equities to briefly dip into the red during the afternoon. Interestingly enough, the reversal for risk trends would translate into the same for the dollar. It is worth mentioning, though, that the currency would only recoup a small portion of the intraday losses suffered and it has much further to go to reconcile its divergence over the past few weeks. In fact, looking at the bigger picture, it seems that the currency is still running errant of its underlying catalyst. And, once again, the basis of this discrepancy seems to be euro. The EURUSD exchange rate is the most liquid currency pair (if not financial instrument) in the world. Thereby, when the one constituent in the pair is moving with significant force, it invariably drives the counterpart currency in the opposing direction – this is particularly true when the secondary unit doesn’t have much drive of its own, which the dollar does not. Where was the euro’s strength found today? A successful government bond auction for Spain and the ECB’s ability to absorb the liquidity injected into the system through its own sovereign debt purchases through a weekly facility offer a direct contrast to the financial troubles the region was having just a few weeks ago. That being said, should investor sentiment continue to deteriorate, the euro’s advance will be increasingly difficult to sustain; and eventually things will revert to ‘normal.’

Another contributing factor to the reversal in sentiment and the dollar’s stubborn weakness today was the disappointing outcome of the ISM service sector activity survey. Though this indicator doesn’t have the market-moving precedence that its manufacturing-based counterpart has, the economic influence of this particular segment of the economy is far more imperative. The US is a services-based economy and this group accounts for a vast major of the nation’s jobs. As such, the steeper than expected decline in the indicator (to a 53.8 reading) is reason enough for concern. This was the first slip from the indicator in seven months. Furthermore, the employment reading fell from its highest reading since December of 2007. This is just further evidence that the economy is cooling from its aggressive pace of recovery.

Related: Discuss the Dollar in the DailyFX Forum, US Dollar Declines Despite S&P 500 Losses, Next Moves Key

Euro Climbs following Successful Spanish Debt Auction, ECB Liquidity Withdrawal
The surge in risk appetite through the first half of the day Tuesday certainly helped the euro along. Having come under the scrutiny of global investors and policy makers over the past months for its difficulty with balancing economic activity and financial stability, the European Union has found itself permanently linked to the health of risk appetite trends. That being said, the consistent selling pressure that the shared currency has come under since the beginning of the year has already put it well ahead of the risk aversion curve. Therefore, it is only natural that a well-founded reversal can work against risk trends for a short time. Today, the fundamental pressure behind the euro’s climb could have also been the source of the equity market’s rally. Early details suggest Spain’s auction for six billion euros worth of 10-year debt found demand more than two times greater than demand and Austria was able to auction its own 1.32 billion euro lot without a hitch. Furthermore, the shortfall in bids for the ECB’s one-week facility to mop up liquidity through government bond purchases last year was offset with 1.5 bid-to-cover for 59 billion euros in the offer. On the other hand, this does not meaningfully alter the region’s financial health. Conditions are still strained.

British Pound’s Tumble as Risk Appetite Improves Suggests Fundamental Ties Breaking
It used to be that a rise in risk appetite would send the British pound rallying because the focus on its questionable fiscal position and the dim outlook for growth would dissipate. However, with the rally from traditional risk-based assets today, the sterling would find itself under pressure against most of its counterparts. This is unusual considering the lengths the government has gone to put its finances on the right track (and the initial market response to this effort); but it is not wholly unexpected given the impact this effort will likely have on economic activity in the region. That being said, the EU released a statement today that suggested UK budget restraint would not smother the recovery.

Australian Dollar Rallies after RBA Announces Benchmark Rate Held for Second Month
As expected, the Reserve Bank of Australia decided to hold its benchmark lending rate unchanged for the second month at 4.50 percent. However, traders seemed to find a positive side to this event with a statement that suggested inflation would hold at the top of the group’s tolerance band along with the remark that consumer spending seemed to be improving. Does this mean a near-term hike? It’s highly unlikely.

Canadian Dollar May Find Short-Term Volatility from Ivey Business Activity Report
The Canadian dollar surged through the Asian and European sessions Friday; but come US trading hours, the advance stalled. Clearly, the loonie is closely tracking risk appetite trends and the benchmark dollar. Perhaps tomorrow’s Ivey PMI factory activity report for June will give the single currency more sway over its own future. Business activity is an important component to the economy’s outperformance. 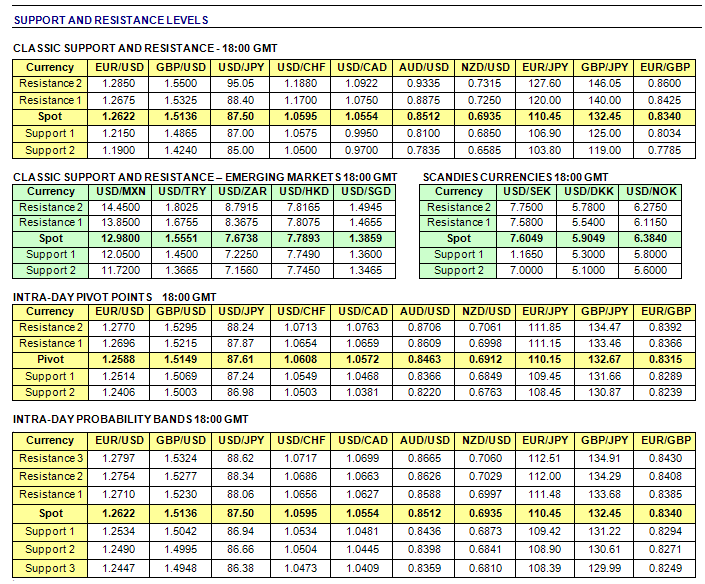