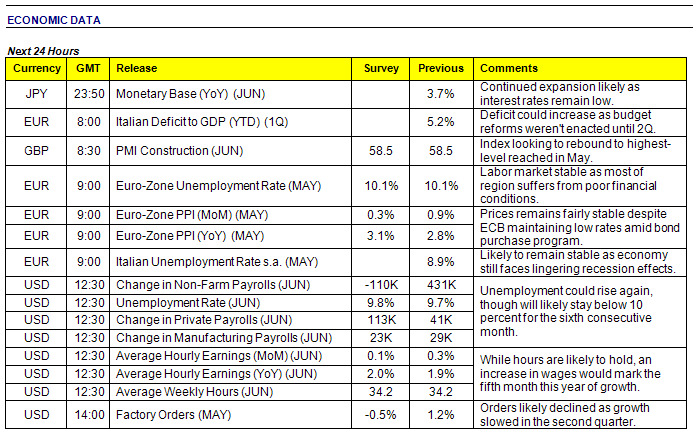 Dollar Moves Signals a Critical Bearish Break Just before NFPs
Any way you look at it, the dollar seems to have marked a decisive bearish breakout – the type of breakout that often leads to a new trend. This is a notable development in its own right; but it is exceptionally unusual considering the move seems to contradict the prevailing fundamental trend for the day and it is happening just before the potential volatility event that is US nonfarm payrolls (NFPs). Recapping today’s activity, we can see a contradiction in theory just with a review of performance for the various asset classes. Starting with the most clear-cut gauge for risk appetite, we saw equities tumble across the board. Sure, the plunge for European benchmarks was far more aggressive than its North American counterpart (the French CAC 40 dropped 3 percent whereas the Dow closed only 0.4 percent lower). Nonetheless, the progress on both sides of the pond would further meaningful extensions on long-term reversals. Following a similar path, the speculatively-inclined crude oil futures contract collapsed 3.5 percent and the 10-year Treasury note rose to a 14-month high. Few would argue that the relationship and severity of these developments is a sign of risk aversion. Yet, despite this seemingly clear picture, we were also presented with the biggest EURUSD rally since March 18th of last year and a resounding 3.5 percent plunge in gold. Both are considered unquestionable safe haven assets; and would thereby be expected to appreciate in the broader chaos.

In reasoning out this unusual turn of events, we can establish a possible explanation for these abnormal circumstances; but it is important to note that should the divergence continue, we could very well find the fundamental role of these assets changing. In the meantime, gold’s $43-tumble is most likely an effort by investors to raise liquidity. With the sharp decline in other capital markets, losses on such exposure will diminish margin and require an infusion of funds to maintain existing positions. Withdrawing capital from safe haven positions and reserves is a practical means to do just that. For the dollar, the explanation is a little more complicated. The primary source of the greenback’s weakness today was the impressive strength of the euro. The shared currency posted a remarkable rally against all its counterparts today; and considering the EURUSD exchange rate is the most liquid market in the world, the unwinding of this particular position easily spills over to other-dollar based pairs. The euro’s performance for the day however was highly unusual considering the fundamental connotations of today’s liquidity events (which we will discuss more fully in the euro section below); but such irregularities don’t often last long. And, no doubt further contributing to the dollar’s tumble was the disappointing round of data on the US docket. Manufacturing is one of the principal sources of growth for the world’s largest economy; but the June ISM sector survey reported its biggest month-over-month correction since December of 2008. Just as concerning, pending home sales for May plunged 30 percent. This is not wholly unexpected given the effect of the tax incentive expiration; but it is still discouraging.

Another indicator that found a little more importance than it deserved today was the weekly initial jobless claims figures. In the week ending June 26th, unemployment benefit entitlements rose to 472,000 filings. This reminds us that Congress failed to extend emergency assistance this past week and June NFPs are due tomorrow. Net payrolls are already forecasted to contract by 130,000 jobs and the unemployment rate tick up to 9.8 percent. However, it is important to review the details of the report and gauge the bearing on risk appetite amongst the speculative crowd to determine how this will impact the dollar. The change in private payrolls and growth in earnings could end up being more influential for long-term fundamentals. With liquidity and volatility draining before the report, traders are left to wonder will this fit the risk-appetite mold we have now?

Euro Rallies on Questionable Improvement in Banking Sector’s Health after Spain Auction
Without doubt, the euro was the best performing currency on the day Thursday. This is highly unusually though considering risk appetite subsequently collapsed and the fundamental events in Europe were discouraging when assessing long-term health. Setting aside the theory of intervention (which is not implausible), the rally is very likely tied to the supposed ‘success’ of Spain’s 3.5 billion euro auction of five-year notes. After Moody’s warned yesterday that the nation’s sovereign credit rating was on downgrade watch, policy officials and traders alike worried that the market would completely shut down for the auction. In fact, the entire 3.5 billion euros worth of debt was bid. However, the 1.7 bid-to-cover ratio is well off the 2.35 cover in May and the cost (yield) was markedly higher as well. Furthermore, Spain faces nearly 25 billion euros in redemptions this month; so all is not okay. The real concern for today was in the demand for the ECB’s six-day liquidity injection offered to buffer the expiration of the 12-month 442 billion euro facility. With 112 billion euros bid in the short-term facility and 132 billion euros for three-month security last week, there is very clearly a need for assistance amongst European banks. The evidence of a crisis continues to build.

British Pound Receives Boost from Euro but BoE Tempers Financial, Rate Forecasts
The British pound put in for a remarkable rally Thursday, going so far as to establish a two-month high against the benchmark dollar. This comparison is appropriate considering the sterling’s performance received considerable assistance from its European counterpart as the false feeling of security spread to the region’s close trade partner. For its own part, fundamentals were less than impressive. On the calendar, the June manufacturing PMI reading cooled from a 15-year high. Off the calendar, the BoE’s lenders’ survey said mortgage availability would decline in 3Q while demand rises. Elsewhere, MPC member Miles took a more dovish approach to interest rate policy than his colleague Posen.

Australian Dollar Drops as Sentiment, Retail Sales and Construction Deflate Growth, Rate Forecasts
Risk aversion was only part of the problem for the Australian dollar. The docket printed a solid round of disappointments for an already feeble economy. Retail sales was the big-ticket item and the 0.2 percent increase came in under forecasts. The cooling in manufacturing activity and drop in building approvals is even more disconcerting though as one stands as a gauge for exports and the other credit health.

Japanese Yen: Will the Government Step in to Halt the Steady Appreciation of its Currency?
It is easy to ascertain the primary drive for the Japanese yen. A strong risk aversion move in everything except the euro and dollar would give a clear rise to carry unwinding. Event risk was present (the Tankan survey rose for the first time in two years); but its influence was minimal. What we need to consider now is whether Finance Minister Kan will start up the verbal or physical intervention to curb the yen’s ascent. 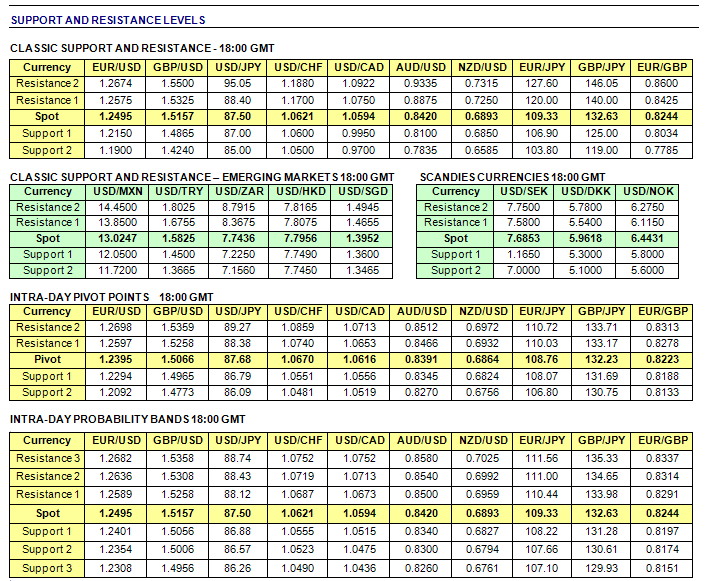