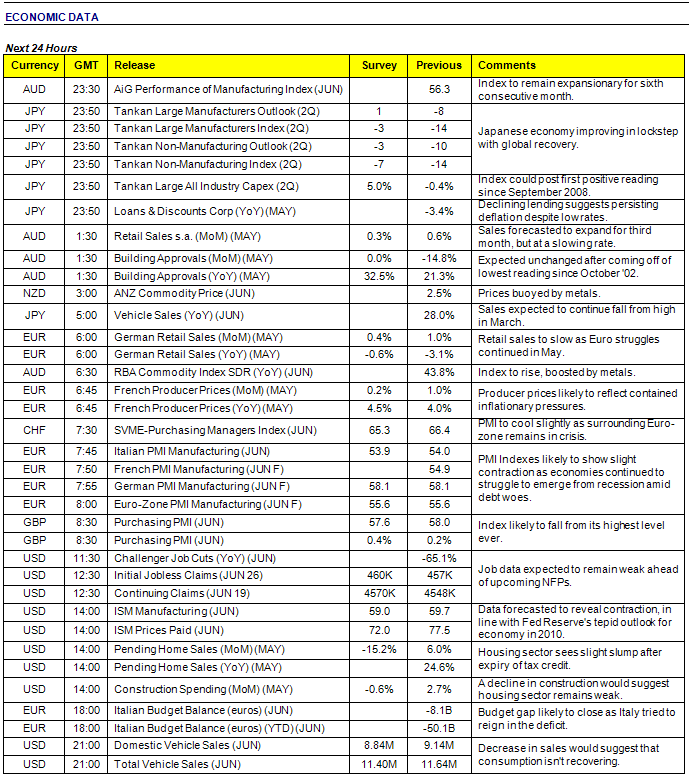 Dollar Shaken but Recovers Following this Morning’s Short-Lived, European Sentiment Boost
The market came to the first of its major sentiment hurdles for the week today; and the results were something of a disappointment for those hoping for action. Amid a fairly active economic docket, the top event for the day was not an economic indicator but the results for a three-month ECB lending facility. This liquidity injection was critical to assessing the health of the European financial system (one of the most conspicuous sore spots for the global markets); and the 132 billion euro draw would ultimately generate a positive tone. That being said, investors would not consider this event to be the definitive sign that uncertainty in the world’s financial markets had dissipated. So, while the euro and European stocks would find a temporary boost from this better-than-expected outcome, risk appetite quickly petered out and safe haven assets would made up lost ground before the end of the US session. For the benchmark US dollar, the positive sentiment generated by this incident would lead to an initial loss; but the slip was relatively mild and no remarkable levels would fall victim to the push. Looking at the greenback’s performance on a trade-weighted basis, the Dollar Index retraced nearly all of its morning losses to trade virtually unchanged through the close (and well off the range low at 85.20 that demarks trend-defining support). Amongst its crosses, EURUSD rose as high as 1.23 before reversing course and GBPUSD fell a steady 120 points. Interestingly enough, the commodity based-crosses (USDCAD, AUDUSD and NZDUSD) would all end the session with significant dollar gains following modest intra-day retracements.

One reason the top headline didn’t leverage a greater response from risk appetite - and thereby the US dollar is that the dollar - is that the sentiment itself is set in a clearly bearish tract. While European banks have asked for less assistance than would be expected from a region that is on the verge of collapse, the region is nevertheless very clearly facing headwinds. Another condition to sentiment’s stability is that there are other events scheduled over the coming days that will act as an anchor on price action as investors will refrain from taking large and long-term positions before a potential bout of volatility that could change the market’s course. Of particular concern for traders is Friday’s nonfarm payroll report. This top market mover is threatening already shaky confidence in the United States’ economic and financial recovery with a consensus forecast for a net loss of 125,000 jobs for the month. Already struggling to reabsorb 8 million lost jobs in the preceding two years, a setback like this after a few positive readings could be another blow to optimism. The likelihood that these discouraging expectations will be met was furthered by the ADP employment change report for June. According to the proprietary private payrolls report, only 13,000 jobs were added against a forecast of 60,000. Tomorrow, the ISM manufacturing report will contribute its own assessment with its employment component.

Another concern for the dollar recently – one that has not garnered much attention – comes from a UN World Economic and Social Survey paper that recommends an alternative be sought to the US dollar as a reserve. The opinion piece says the greenback has not performed as a stable store of wealth and thereby falls short of its duties as a safe haven. This call for diversification away from the benchmark currency is one we haven’t heard in a while; but it will return as risk trends start to level off. There are grounds for recommending this move from a single reserve; but such a shift would be imprudent when conditions are still so unpredictable. This is a long-term factor that we should keep an eye on.

Related: Discuss the Dollar in the DailyFX Forum, US Dollar: Six Month Outlook,

Euro Can’t Maintain its Buoyancy as Spain’s Credit Warning Contrasts Low ECB Facility Bid
From a speculative perspective, the performance of today’s three-month ECB lending facility is more important than the expiration of the twelve-month program tomorrow. We already know that the central bank will drain 442 billion euros from the system tomorrow and they will not renew a program of the same tenor. That leaves us to assess how robust the European financial system is through the amount of bids were tendered in today’s auction. Using tomorrow’s withdrawal as a benchmark as what to expected, the 132 billion euros that was drawn from the central bank can be considered relatively modest. We would not expect a matching number unless conditions were severely restrictive; but estimates were running between 150-250 billion euros. Alone, this could be considered a positive sign; but in reality, the level of assistance is still substantial. The 171 banks that bid today will be stigmatized; and there is almost certainly a regional aspect to the liquidity need. Come tomorrow when the significant round of capital is drained, access to capital will further decline and financing costs will rise. This just furthers the pain in the Euro Zone. Another reason risk appetite wouldn’t stick for the euro Wednesday was the news that Moody had put Spain’s sovereign debt rating under review. This is not a good time to heighten investors’ concerns over the financial health of this particularly economy considering the government is preparing for a 3.5 billion euro debt sale and speculation that its banking system is heading for a seizure is already rampant.

British Pound Tumbles after BoE’s Posen Says UK between Weak Recovery and Severe Recession
The British pound is in the very preliminary stages of a bullish shift. Confidence in fiscal stability, an economic recovery and the return of a hawkish interest rate regime is still heavily dependent on speculation. That is why an assessment by an MPC member (Posen) that the UK is teetering between a “weak recovery” and the revival of a “severe recession” can be so influential over price action. The pound would respond to these concerning comments, the six-month low in the GfK consumer confidence survey and the notable cooling in the Nationwide housing prices data by stumbling against both the US dollar and euro.

Canadian Dollar Losing its Fundamental Grip as Flat Monthly GDP Reading Compliments Rates
The outlook for the Canadian dollar continues to deteriorate. First interest rate expectations were snuffed out by a cautious central bank and now the forecast for growth is rapidly deflating. The newest piece of data to mull over today was the GDP figure for April. Expected to see a mild pace of expansion, the economy actually stalled through the month with retail and manufacturing activity weighing growth down.

Japanese Yen May Find a Temporary Distraction in 2Q Tankan Activity Reports
There is little doubt as to how the Japanese yen will be trading when a strong shift in risk appetite is realized. However, sentiment trends were relatively mute today and big ticket event risk was scheduled for the yen. The Tankan Large factory activity turned positive for the first time in two years and the service sector similarly improved. Investment plans grew 4.4 percent in the second quarter, the highest since the end of 2007. 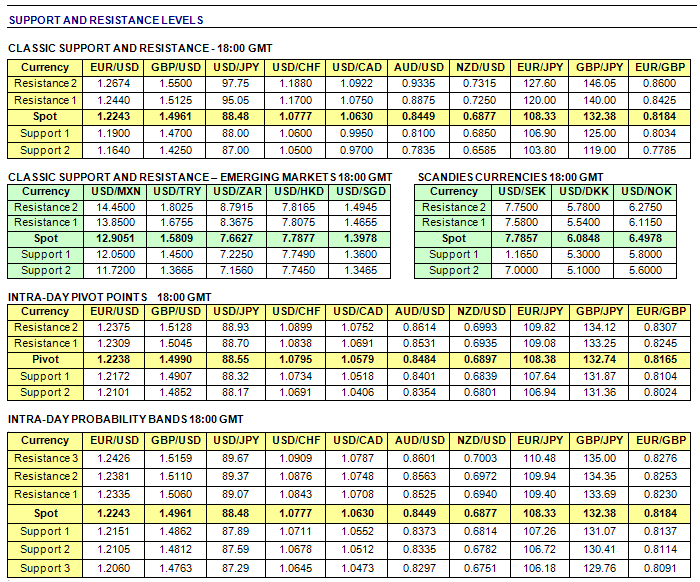