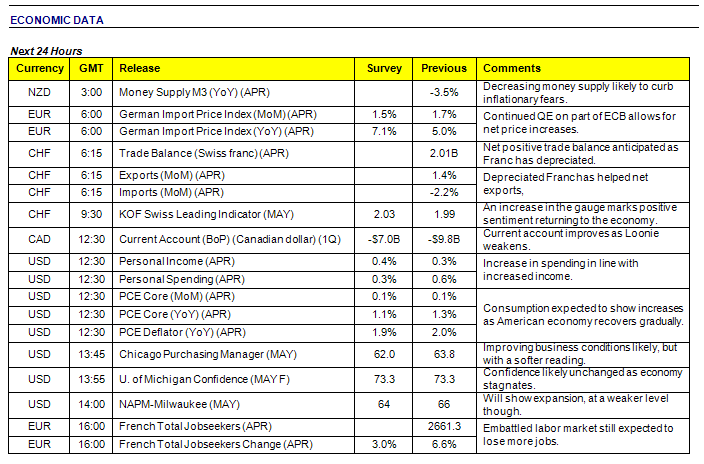 Dollar Takes its First Dive this Week as China Calms Debt Crisis Fears, GDP Revised Lower
The markets were extraordinarily volatile for yet another day Thursday. This time around, however, the swing in risk appetite would back optimism and lead to a few remarkable performances by the more liquid benchmarks. For the buy and sell investor, the Dow Jones Industrial Average’s 2.9 percent advance and easy drive through the 10,000 milestone would offer a strong bullish signal. The market participants with deeper pockets and longer time horizons would note the sharp decline in the 10-year US Treasury Note – the steepest in two months and a potential trend reversal. And, for the active macro trader, the currency market would offer an incredible rally across the commodity currencies and the first tumble for the safe haven US dollar in four days. All told, this was a coordinated move that seems to support the basic fact that the risk/reward balance has once again shifted in favor of those seeking yield. Yet, retaining a sense of skepticism is sensible. We have seen this routine before where a strong move for or against risk is established only to be reversed the very next day. Yet, unlike the bullish and bearish swings of the previous two days, Thursday’s performance was consistent with a rally in growth-linked assets in the opening hours of the New York session and a follow up (though more mild) advance through the closing hour. This is not particularly unique – as we have seen a similar performance by the bears on Monday; but it does boost the probabilities of a near-term reversal.

A better assessment of market activity going forward can be drawn from the fundamental motives behind today’s improved sentiment. Considering the coverage it received, China’s dismissal of rumors that it was reviewing its Euro-based investments would offer the perfect catalyst to a market that was already looking for encouraging news. The State Administration of Foreign Exchange released a statement expressing its confidence in the European Union’s efforts and its own intentions as a long-term investor in the region. For financial crisis concerns, these remarks confirm that one of the largest pools of wealth would not withdrawal much needed liquidity from the region (which would further exacerbate the problem). On the other hand, this was not likely a major concern amongst global investors until officials released their own report. Given the market has been so consistently prone to negative sentiment recently, there have been many theories as to what may further encourage deleveraging. So, a Chinese withdrawal was a lower level concern amid a torrent of fears. On the other hand, this news does carry certain connotations for the US dollar. In recent months, the dollar’s tremendous advance (18 percent from its November trough on a trade-weighted basis) has tempered discussion of the worldwide effort to diversify away from primarily dollar-denominated reserves. China’s commitment to Europe suggests that long-term concept is still in play.

And, lest we become too caught up in the flippant and often short-term swings in investor sentiment; there was also a round of data for dollar traders to weigh in on as well. The second reading of US GDP does not carry the same volatility potential of the first go; but the more accurate details are important for establishing the reliability of projections. The headline reading was a disappointment – slowing to a 3.0 percent pace of annualized growth when it was expected to accelerate. On the other hand, with personal consumption still at a two year high, the data was still supportive. Sticking with the American consumer, April personal income and spending data is due for release tomorrow.

Euro Rally Supported by Another Swell in Risk Appetite, a Vote of Confidence from China
Considering today’s top headline was China’s confidence and investment in the Euro-region, it stands to reason that the shared currency would be one of the best performers on the day. Indeed, the single currency would put in for a substantial rally through the day; but the advance would pale in comparison to the commodity currencies’ performance. This implies that optimism was more appropriately founded in risk appetite itself rather than the fundamental weight that has been holding it back. Such an assessment makes sense when we consider the Chinese’s affirmation of investment interest does not necessarily point to further inflows in the near-term – when the region could use the support the most. Realistically, the economic troubles, social unrest and default potential are essentially the same. Reminding us of the long, hard road European policy officials have in front of them, a few reports would keep us up to date on the effort to recover. The Spanish parliament ratified its largest budget cut since the economy turned to democracy – though is considerable doubt the 2011 budget will be so lucky. France suffered a nationwide strike against efforts to raise the retirement age above 60. And, Greek banks reported the first inflow of capital this year.

British Pound Benefits from Deflated Concerns Over Sovereign Credit Risk
Given the unfavorable data that would come off the United Kingdom’s economic docket Thursday, the sterling would need a boost. That lift would come in the form of risk appetite – one of the few overwhelming authorities for the speculative markets. The improvement in sentiment in turn reduced pressure on sovereign risk fears. Considering the pound has struggled for direction specifically because speculators are unsure what the fiscal future of the UK looks like after the general election, this shift was particularly welcome. However, risk appetite is a fickle source of strength. If it diminishes, we will be left with the unexpected deterioration in consumer confidence from the GfK measure for May and the unexpected drop in the retail sector gauge from the CBI for the same period.

Japanese Yen Suffers from Sentiment and Long-Term Fundamental Troubles
A dense round of event risk gives the Japanese currency little to work with. Already buffeted by the shift into yield-intensive currencies, the yen would further short-term risk aversion pressure with long-term economic uncertainties. Deflation seems a permanent state with national CPI unexpectedly slipping to a 1.2 annual pace of decline. And with the jobless rate ticking higher and consumer spending falling, it looks permanent.

Australian, Canadian Dollars Rally as Yield Demand Pushed Higher by Investor Optimism
Though the top fundamental news for the day would be directly linked to the euro, the commodity currencies were the top benefactors of the day. Having been depressed over the past few weeks, yield differentials and expected yield differentials have slowly eroded bears’ fears. We are watching the Aussie and Loonie dollars specifically because both are expecting very different GDP and interest rate meetings next week. 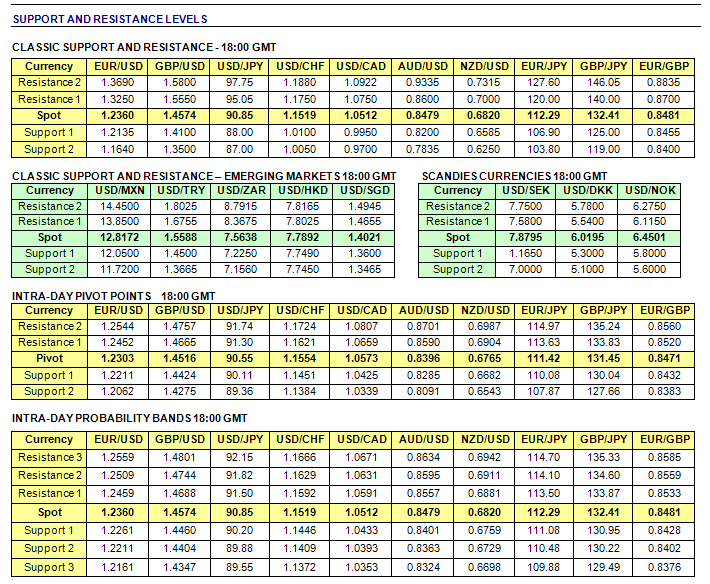