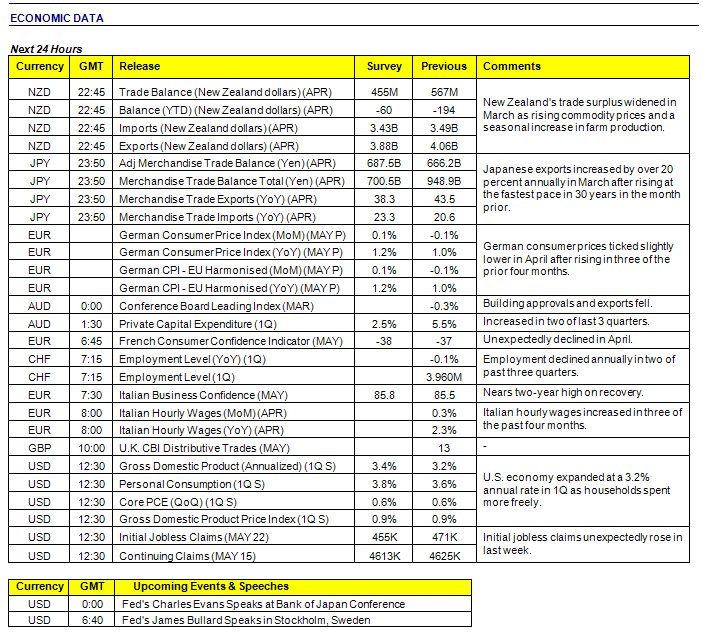 Dollar on the Verge of 14-Month Highs as Dow Drops Below 10,000, OECD Upgrades 2010 Growth
There were two remarkable, fundamental events Wednesday: a prominent intraday reversal in investor sentiment and the generally optimistic tone of the Organization of Economic Co-operation and Development’s (OECD) semi-annual economic report. As risk appetite has been the primary catalyst and driver for the speculative markets for the past few months (if not years), the dollar’s performance would look to sentiment levels to garner its own bearing and intensity. Through the Asian and European hours of the trading day, the crowd would follow through on the late-session bullish reversal from the previous day. The bulls really hit their stride through the London session with the benchmark equities advancing nearly three percent through the height of exchange trading for the region. However, when liquidity was handed off to traders in the Americas, optimism would begin to fade. In fact, in the final hours of the New York trading session, the benchmark Dow Jones Industrial Average would close below 10,000 for the first time since February 9th. There was no easily definable catalyst for this shift; and for this reason, it is fair to asses that while volatility was exceptionally high, the market is still holding out for a clear direction. These are the exact same conditions from yesterday; but the direction of the reversal was simply reversed.

For headline power, the OECD’s economic forecasts would seem to offer a general boost to the overall level of sentiment in the markets. The 2010 growth forecast for the 31-nation group was upgraded from November’s 1.7 percent reading to 2.7 percent. Furthermore, many of the underperformers and fiscally troubled economies were given a strong billing despite their troubles – suggesting a confidence that another financial crisis to throw the world into a tailspin was not on the horizon. However, the group would make sure to cover its optimism with clear references to the bigger risks that plague policy and market circles. Among the top concerns in this evaluation were notes to the European Union’s austerity/growth balance, a possible overheating and speculative bubble in China and the rest of the emerging markets, and the threat that large fiscal deficits posed to even the largest economies. For the dollar though, the currency’s role as a safe haven and its own economic positive scenario would offer a net boost. Pacing the industrialized world, the world’s largest economy was seen growing 3.2 percent this year (from an original 2.5 percent estimate). Also, speaking the language of interest rate speculators, the group emphasized the importance of withdrawing stimulus from the system – though interest rate expectations weren’t bolstered by much. Overall, the take away from this report was the fact that the US maintains a fundamental premium through projections for the future.

From sweeping growth forecasts to tangible data, the economic docket would show two faces. At first blush, the 2.9 percent increase in durable goods orders and remarkable 14.8 percent increase in new home sales would seem a strong indication of unflappable growth. Yet, a look beneath the surface reveals the data’s flaws. Excluding transportation bookings, orders actually dropped 1.0 percent; and the surge in home deals can be directly traced back to expiring tax credits. This is not necessarily bearish data, but it is enough for rouse doubt. Looking ahead to tomorrow, the second reading of the US GDP report will help clear things up. The component indicators are as important (if not more so) in establishing the strength of a recovery. We will look specifically to personal consumption for a gauge of health.

Euro Weighed by Austerity Costs as Financial Uncertainties Eclipse Growth Forecasts
Much like the US and its many other counterparts, the Euro-area economy would receive an upgrade for its growth forecasts from the OECD. From an initial projection of 0.9 percent expansion, the group raised the bar for 2010 to 1.2 percent. Adding credibility to this revision, the Bundesbank noted today in its own assessment of German activity that the region’s largest economy would grow “strongly” in the second quarter. If we could apply a linear forecast for growth, then these comments would carry more influence amongst the speculative crowd; but the economic forum would highlight the burgeoning risks confronting the region. After acknowledging the breadth of the region’s financial rescue plan, economists from the group warned underlying weakness were “far from settled.” The report called on policy makers to fortify its efforts to dispel “doubts about the long-term viability of the monetary union.” Reminding us of the costs involved, some of the more strapped nation’s tried navigating the rough financial waters. Italy approved a 24 billion euro spending cut (smaller than its peers); Spain said a wealth tax was soon to come and Portugal paid far more for its 5-year debt auction than it did in February. Will these costs swamp the effort to fiscal-sustainability?

British Pound Traders Skeptical of Calls for a BoE Rate Hike this Year, Turn to Data
Warnings from the OECD that fiscal policy will be a “drag” on the United Kingdom unless deficits are reined in were hardly a surprise for fundamental traders. What was surprising was the suggestion that the Bank of England should scaling back its asset purchases and even begin raising its benchmark lending rates no later than the final quarter of this year. Making a very different assessment of inflation pressures than the MPC, the group warned price pressures were rising and the central bank would lose credibility if it did not target this errant concern. What would this do to market-based rate forecasts? Relatively little; but the fundamental argument is solidifying. Looking ahead to tomorrow, data will be observed for its long-term and volatility potential. The GfK Consumer Confidence and CBI Distributive Reports will reflect consumer health.

Japanese Yen Receives another Warning on its Record Debt Levels
Like most of its economic peers, Japan would receive an upgrade to its growth outlook from the OECD. In fact, the increase from a 1.8 percent to 3.0 percent clip was on the largest improvements to be found. At the same time, the warnings over the nation’s fiscal and financial troubles were similarly substantial. With a forecast for total debt reaching over 200 percent of GDP, Japan runs the risk of its own crisis.

New Zealand Dollar Outlook Undermined by Downgraded Interest Rate Projections
One of the bigger surprises from today’s review of the industrialized world was the assessment for New Zealand. Interest rate speculation has set the kiwi at the top of the spectrum for tightening going forward; but the OECD put its economic health in perspective. Noting that strength so far was tied to stimulus and external factors; the group warned domestic demand may see a weak recovery given debt and unemployment. 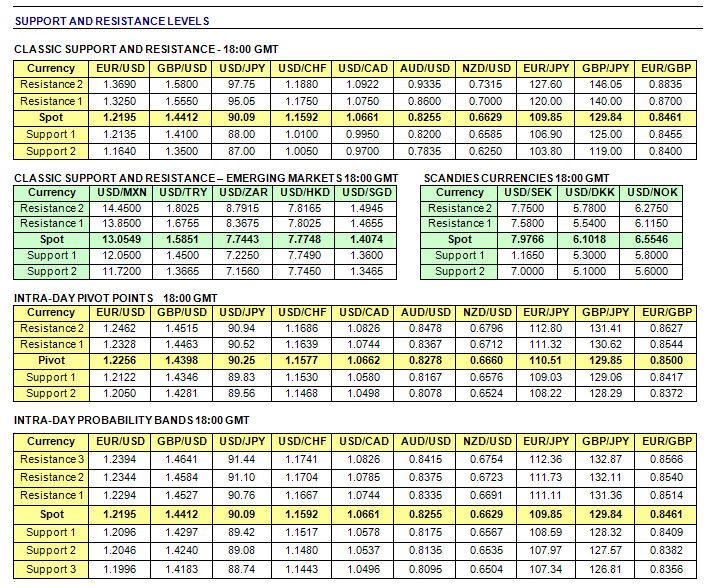