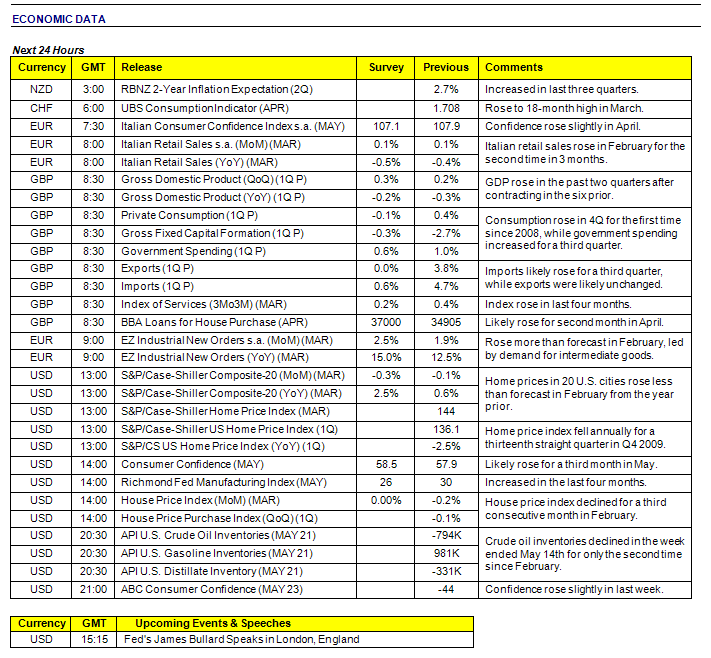 Dollar Posts its First Advance in Four Days as Sentiment Cools, Growth Outlook Improves
For most of Monday’s active trading session, risk appetite would be held in check for the speculative markets. Though there were a few notable events, few of them would carry the necessary weight to move beyond the threshold of sparking volatility in regional markets to alter the perception of global investor sentiment. However, following a particularly aggressive drive in a market in one direction or the other (building up risky positioning or divesting such exposure), there is often a retracement move that occurs during the period of interim stability. This pullback (profit taking or reversion to a fundamental mean under different names) was what we saw through the second half of last week. So, while speculative trends were once again relatively mute to start the week, the highly speculative froth had already been skimmed off the top, allowing the dollar to return to the bullish trend that has guided the benchmark for five weeks now. Adding a little vigor to the greenback’s upward drift, was the late-session move to sell off growth-linked assets through the closing half hour of active US exchange trading. The Dow Jones Industrial Average responded to the shift with a tumble that was equivalent to the slump that opened the New York session. On the opposite side of this spectrum, the dollar would rally on the aversion from perceived risk to close in the green for the first time since Thursday’s push to 14-month highs. While the swells in sentiment would ultimately catalyze the move, there was fuel to feed investors’ pessimism this morning from the market’s favored source of fear. Adding to speculation over the financial stability of the European Union, the Bank of Spain announced this weekend the seizure of savings bank CajaSur while news that a four-way merge between four other institutions hit the wires more recently. These events help to remind that the governments are tightening the screws in these fragile economies; and all that is needed to spark another fear-based move is speculation.

Turning away from the constant sway of risk appetite for a moment, there was plenty of tangible fundamental news for dollar traders to ingest Monday. No doubt, the most accessible release for the morning was the National Association of Realtors’ existing home sales data for April. A cursory review of the data would make a strong case for the housing market. The 7.6 percent increase was the biggest increase since November and the 5.77 million annual pace of sales was similarly a five month high. On the other hand, a look at recent history for both measures shows that these changes have been extraordinarily volatile, reflecting government tax credits that were set to expire. More importantly, the data reveals that the inventory of unsold homes marked its biggest increase in over a decade. Adding to the mix, the Federal Housing Authority (a government-run mortgage insurer) said reported its lending through the first quarter topped that of Freddie Mac and Fannie Mae. The group’s lead interpreted this as a sign that the US housing market is still on “life support” and sustained fully by the government. Salvaging sentiment for the day, however, the Chicago Fed’s National Activity Index for April offered an optimistic forecast on the world’s largest economy. The 0.29 reading (anything above zero is a sign of growth) from the composite was the best appraisal of health since December of 2006. Adding in support for legitimacy, the National Association of Business Economics released its own survey that assessed the recession ended last June and the United States would expand 3.2 percent in 2010 (an improvement on February’s 3.1 percent projection).

Related: Discuss the US Dollar in the DailyFX Forum, US Dollar Forecast Remains Bullish Amidst Large S&P 500 Declines

Euro Confidence Takes Another Blow as Spain Takes Control of Failed Savings Bank
Fundamentals can deteriorate from underneath a currency or market without with the asset immediately suffering the side effects. The best evidence of just such a scenario was the slow correction to the 2007 subprime crisis and the slow realization that speculative forecasts had outpaced practical returns after the 2009 advance had run its course. With this in mind, it should not be so surprising that the euro has found a level of stability recently. However, with the trend already favoring the pessimists and investors particularly sensitive to the changes in confidence; the market would have more than enough to go on today to push the euro down. The priority this morning was the reaction to this weekend’s news that Spain’s central bank had seized regional savings institution CajaSur due to prevent its collapse. Further turning up the pressure on these savings banks (which have weak corporate governance and are responsible for contributing a significant amount of leverage during the construction-boom years), four companies announced a merger to avoid a similar fate. In other news, Italy announced a ban on cash transactions of more than 5,000 euros in an effort to curb rampant tax evasion in its economy. These measures, while not as dramatic as the announcement of a 750 billion euro rescue package; remind us that these economies are slowly moving towards deeper austerity cuts and potentially crippling recessions. Has the market fully accounting for the economic fallout or a probability of a member default?

British Pound Jumps after Osborne Announces First Step in Budget Effort
In the first stage of the new British government’s attempt to rein in a ballooning budget deficit, Chancellor of the Exchequer George Osborne offered the source of the first 6 billion pound spending cuts. Freezing civil servant recruitment, cutting spending on travel, advertising and technology, and the renegotiation of private contracts was included in their first step fiscal prudence. Yet, a well-timed survey from Markit and YouGov reflected the concern this cutting is having on the populace. According to the poll, Brits were the most pessimistic on their own finances as they have been in 12 months. Furthermore, 57 percent of those polled believe the spending cuts would hurt them.

Japanese Yen Misses its Fundamental Footing after Government Holds Forecast
There is little hope for the Japanese yen to gain a meaningful standing as carry currency or even a safe haven (there is a difference between funding currency and safe haven) in the foreseeable future. Therefore, the market is looking at the long-term horizon for bigger shifts. Differing a much-needed sense of hope, the Cabinet Office maintained its growth assessment Monday morning as they monitor GDP component data.

New Zealand and Australian Dollars Establish Importance of Current and Future Yield
How is it that two currencies with extraordinary yield premiums over their peers are depreciating against those alternatives offering essentially no return? That is because many investors are tentative to tie up their capital in slow appreciating investments for long periods. To encourage inflows requires ever-increasing forecasts for return. Yet the Aussie and kiwi yield forecasts have fallen 86 and 57 bps this month respectively. 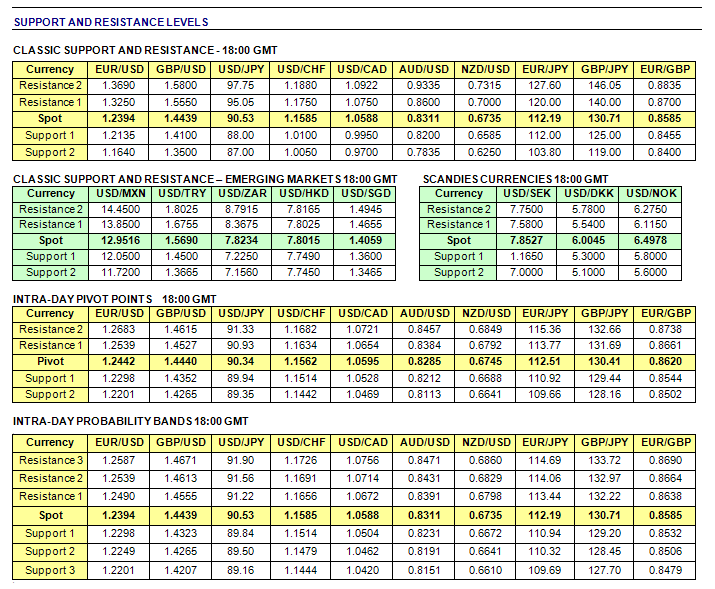