Dollar Slips as Risk Aversion Accelerates, Has the Greenback Lost its Safe Haven Status?
There is little doubt that risk aversion was in full swing through Thursday’s session. Looking to the classical asset classes, the Dow Jones Industrial Average would edge up from its intraday low but it nonetheless closed out its worst daily performance since March 5th of last year. Looking for confirmation, oil would close at a seven-month low on an extraordinarily volatility session while the benchmark 10-year Treasury note futures contract rallied to its highest close in just over a year. Under these remarkable conditions, recent risk correlations would suggest that the US dollar should have advanced to a fresh 14-month high. Instead, the Dollar Index would retreat for the second consecutive day. Why the change in character and during such a critical point in the shift of underlying sentiment? The first observation to make is that the Index is heavily influenced by the price action of the market’s most liquid currency pair: EURUSD. Looking at the other majors, we started to see a picture of the greenback that more closely follows its role as a top safe haven in the FX market. Despite the recent correlation with the euro, the British pound would pullback against the benchmark currency. The true intensity of fear and deleveraging through the dollar was better measured against the commodity currencies. The high-yield currencies (and those expected to see significant rate hikes in the near-term) have managed to avoid the current of risk aversion until recently. This depreciation of currencies that have, or are expected to have, significant ‘yield’ marks a meaningful shift in the quality of sentiment. The decline in EURUSD was on a pair that had little tangible interest rate potential and was particularly sensitive to market’s top fundamental concern: the threat of a financial crisis developing out of a default from within the European Union. The more recent turn in equities and commodities suggested pessimism was catching; but neither of these assets held the promise of meaningful return outside of capital gains either. On the other hand, for AUDUSD, NZDUSD and USDCAD; there is a clear and sometimes significant level of income. Therefore, the aggressive retracement from this segment would suggest a momentous tipping of the risk/reward scale.

Risk trends are still hold the greatest influence on the health of the US dollar; but the EURUSD’s effort to conform to this trend may be an important ingredient for maintain its role as a primary safe haven. While the commodity-based majors have seen a remarkable rate of change over the past few weeks, the market depth to EURUSD is so substantial that it could single-handedly define the base currency. However, to reengage this pair to risk aversion will likely take a consistent depreciation in risk such that fear will eventually return to the European Union as the greatest threat to market stability. What is the likelihood of such a scenario? Relatively high. The social unrest and economic consequences of austerity cuts may offset the financial benefits of the potential debt reduction. At the same time, a 750 billion euro safety net could buy the region considerable time. From a purely speculative perspective, a decline in the rate below the midpoint of its historical range (1.2125) could get the ball rolling. From risk to economics, the discouraging news from the FOMC minutes (that suggested asset sales would come after rate hikes began) and the consumer-level inflation data (reported the lowest level of core price pressures in 66 years) would find little contradiction in today’s events. On the docket, the Leading Indicators composite (a gauge of growth in the coming 3 to 6 months) contracted for the first time in over a year. Perhaps less accessible to the masses, the FDIC reported US lenders turned a profit in Q1 but problem banks rose to 775.

Related: Discuss the US Dollar in the DailyFX Forum, Dollar Fully Dependent on Safe Haven Flows at Rate Forecasts Vanish

Euro No Longer the Primary Source and Target of Bearish Convictions
While Greece’s struggle to avoid default or an ejection from the European Union continues to crowd out the financial headlines, the threat that the region’s troubles are on the verge of turning into a global crisis have actually receded over the past week. Have the loud calls for regulation from Germany had a profound impact on speculation? Have the masses reevaluated the influence the massive rescue package that the EU drafted last week? Not likely. The market itself is likely weighing in on the fundamental fair value of the euro after it has tumbled so far over the span of six months. In reality, the rescue plan merely buys time (time that officials hope will revive investor confidence and credit markets) and the outlook for some EU members is as dire as it has ever been. In Greece, the fourth strike this year took place as citizens marched on parliament to protest austerity cuts that threatened pension and other social programs. For Spain, a 10 year paper debt sale raised just a little more demand than was expected (3.52 billion euros); but the deal was made at a highest cost since April of 2009. Clearly doubt is still present. As for Germany, the naked short ban on government debt and its credit default swaps is being labeled a move of desperation. In the meantime, tomorrow there may be a chance for short-term volatility. The final reading of German 1Q GDP is expected and component revisions are likely. For a more timely read on growth, the PMI service and manufacturing numbers are always speculator-ready.

British Pound Breaks Trend with the Euro, Stumbles as Sentiment Collapses
Since the general election and hung parliament uncertainties have subsided, the British pound has had to find a bearing on its fundamental direction. For the long-term, sovereign credit risk weighs heavy; but it is still a long ways down the road that any rate cuts would be contemplated. This has led to something of a correlation the euro (on the basis that their markets and economies are so intertwined that trouble for one could spread quickly); but this association was broken today. Concern was turned back on the UK’s fiscal situation when new Chancellor of the Exchequer promised to spur growth by streamlining the tax system and lowering taxes on profits. This did not offset risk aversion though.

Canadian Dollar Tumbles as Fear Spreads to the High-Yield Currencies
The Canadian dollar does not have a high yield like its Australian counterpart; but the currency nonetheless is grouped with its more fundamentally robust counterpart thanks to rampant speculation over interest rates. Tomorrow, hawks will gauge whether the BoC will hike come June on the basis of the April consumer inflation figures and March retail sales data.

Japanese Yen Enjoys Rapid if Uneven Gains on Carry Unwind
The Japanese yen has pushed new highs against many of its counterparts; but be assured this is on the merits of its counterparts being oversold than for any true demand for the yen itself. While carry flows are so strong, this may not matter. However, with time, realities like the GDP deflator hitting a record pace of annual contraction (3.0 percent) will really start to sink in – especially as sovereign debt concerns rise. 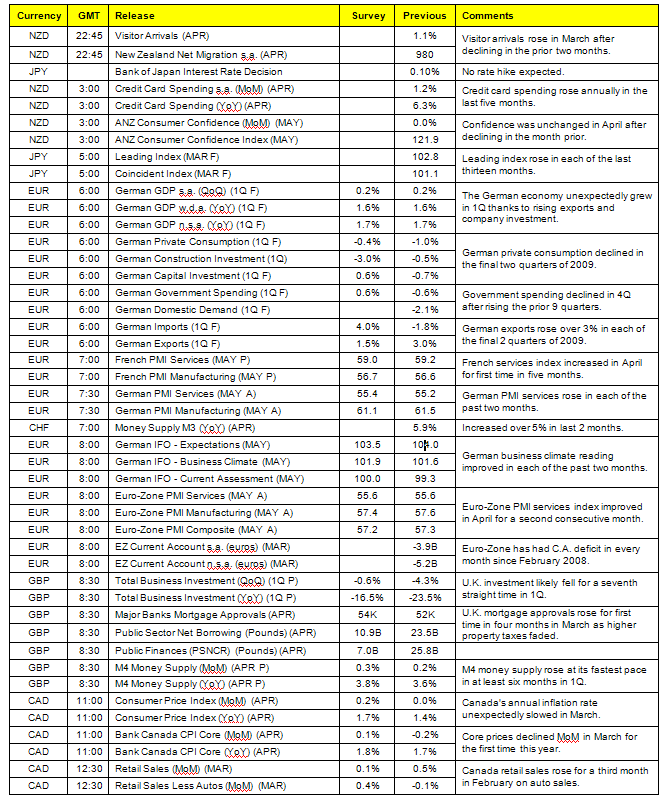 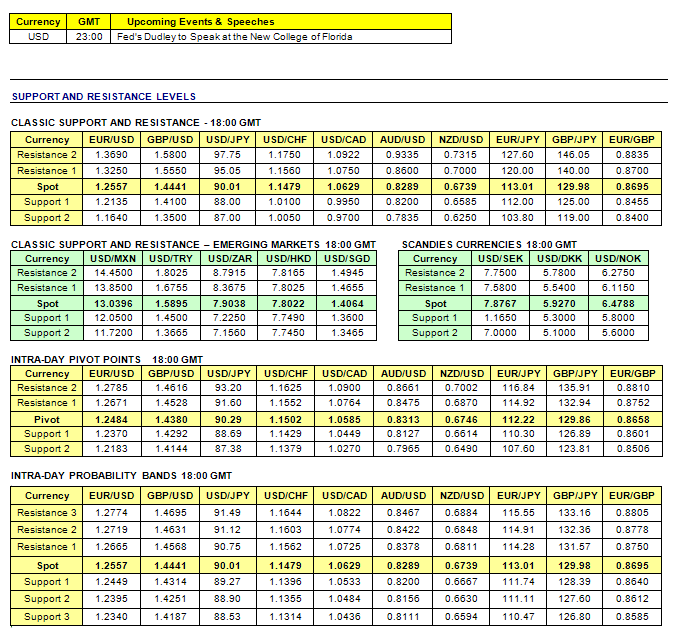