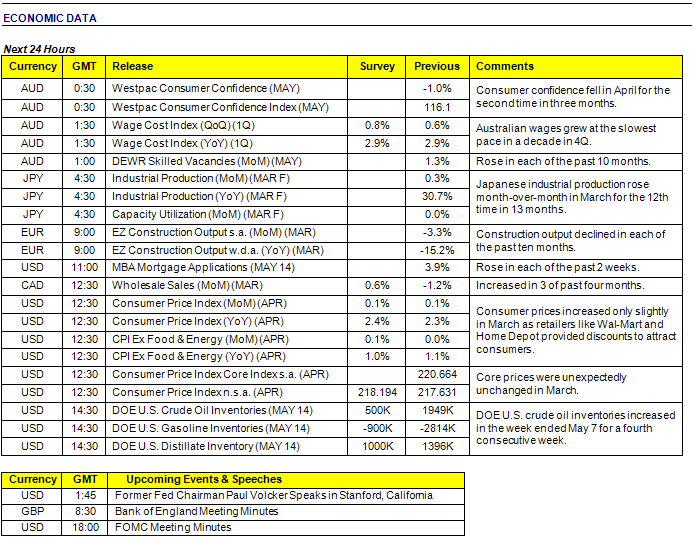 Dollar Enjoys a Late-Session Surge to 14-Month Highs as Financial Confidence Erodes
Initially, it looked like the US dollar would fall victim to an overdue rebound in investor sentiment through the first half of Tuesday’s trading session. For guidance, FX traders were looking to the early indications of optimism in the Asian trading hours. This hint of speculative incentive would really start to develop its pace alongside the European equities market though. Investors in this region would respond specifically to a round of news that seemed to temper the scope and consequences of the global financial market’s biggest threat: a European crisis. Having already infected investor confidence for weeks now, fear that Greece and its neighbors are heading towards default is a scenario that the majority already seems to be accounting for. What’s more, there have been sweeping efforts to put out the fire and relatively limited response from positioning to these supposed improvements. Today, investors were ready to believe in ‘progress’ after it was announced that Greece had received the first round of loans from the EU to pay off the debt obligations that were coming due tomorrow. While this assistance was fully expected, recent developments have shown us the difference between promises and actual action. Along with a few successful debt auctions from other Union members and a vow that austerity measures wouldn’t be adopted region wide, confidence slowly bled its way back into the currency market and subsequently pushed the safe haven dollar lower. However, confidence and the greenback’s bear trend wouldn’t hold through the open of the US session. As soon as the New York exchanges opened, the benchmarks tipped into a bear trend that held steady throughout the session. Naturally, the dollar would follow suit (but at a faster clip) with its biggest intraday rally since last Monday’s reversal. Considering the trend of the past month and the momentum of the past two week, this is not an unusual return to 14-month highs for the currency.

It is somewhat difficult to ascribe a specific move from a currency or asset to one particular fundamental consideration. Yet, given the consistency of the negative correlation between capital markets and the US dollar, it is safe to assume that the single unit was finding much of its strength in safety flows. At the same time, there was an economic element to the greenback’s performance as well. While consumer spending may represent the biggest potential for a strong economic recovery, the health of the housing sector is an important source of output for US activity and wealth for Americans. The 11.5 percent drop in housing permits may seem more important figure from this round of data; but the biggest drop in approvals since December 2008 is largely a reflection of the expected expiration of tax incentives. Housing starts in contrast rose to a 670,000-unit annual pace – the strongest pace of expansion since October of 2008. And, while it may seem a modest pace of recovery for this particular data set following the precipitous drop during the 2007-2008 financial crisis; this is a stable revival that offers a sturdy platform for growth. The other notable release for the day would engage interest rate speculators. The Producer Price Index is an upstream inflation gauge. The 5.5 percent reading was a more aggressive cooling for the annual figure than expected; but it nonetheless kept inflation on the radar. For a true reading of price pressures, tomorrow’s CPI data will carry more weight. Yet, the projected 2.4 percent clip would not likely lift rate forecasts from the 11-month low, 43 basis point of cumulated rate hikes expected from the Fed over the coming 12 months.

Related: Discuss the US Dollar in the DailyFX Forum, US Dollar Climb Growing Increasingly Speculative on Risk Aversion

Euro Stabilizes after Greece Receives 14.5 Billion Euros, Collapses before German Regulation
As the media frenzy over the health of the European Union continues to build, a round of new stories and assessments would offer the euro a little volatility through Tuesday’s session. In the morning, news that Greece had received 14.5 billion euros from the European Union in the first allotment for its 110 billion euro bailout plan would finally turn assurances of support into action. This step cannot be undervalued following the debate amongst members over the wisdom and moral hazard of bailing a profligate member out of its own spending-induced troubles. Accompanying this promising news, both Ireland and Spain reported successful debt auctions; suggesting funds were still available to sustain normal budget operations. However, despite these few positives; it is difficult to ignore the fundamental concerns that have developed over the past few months and the euro’s drift for the past six months. With the market already sensitive to disappointing news, a few announcements would curb the bold speculators that were looking to buy euro ‘on the cheap.’ In the early European session, EU Commissioner Olli Rehn had to assure the markets that not all members would have to implement crippling austerity cuts – a reminder of the economic implications of these steps. To further the bearish argument, the ZEW sentiment survey would tumble the most since the October 2008 Lehman-collapse and Germany’s regulator BaFin announced a ban on naked short selling and CDS on government debt – heavy-handed regulation begins.

British Pound Advances as Inflation Runs Hot, Leverages Interest Rate Speculation
Taking its cues from the euro, the British pound would enjoy the rebound in risk appetite through the first half of the trading day. However, where GBPUSD would eventually reverse and tumble to new 13-month lows, the sterling would hold on to its gains relatively well against most of its other liquid crosses. This strength was more fundamentally-based. This morning’s top economic release was the April consumer inflation data. The headline figure would accelerated to a 17-month high 3.7 percent rate that would require a letter of explanation and means for reduction from the BoE Governor King. His promise that this is a ‘temporary’ condition losses value with each month it is above the target band.

Australian Dollar Falling Back to Fundamental Earth as the RBA Reiterates Neutral Stance
The Australian dollar’s retracement is looking more and more like a true trend change. Early in Tuesday’s session, traders absorbed the minutes from the RBA’s last policy meeting (in which they signaled the turn in the pace of policy). According to the statement, policy officials deem rates “well placed,” confirming a temperate forecast for hikes. What’s more, there is talk that the housing market is forming a bubble.

Japanese Yen Performance Still Erratic as Sentiment Trends Maintain Volatility
The Japanese yen is still one of the most volatile currencies amongst the majors by virtue of its association to risk appetite trends as the primary funding currency. Is there any other concern other than sentiment shifts for this currency? How about its actual financial and economic health? This is a subject that will certainly come up with the advance GDP 1Q data scheduled for release over the coming 24 hours. 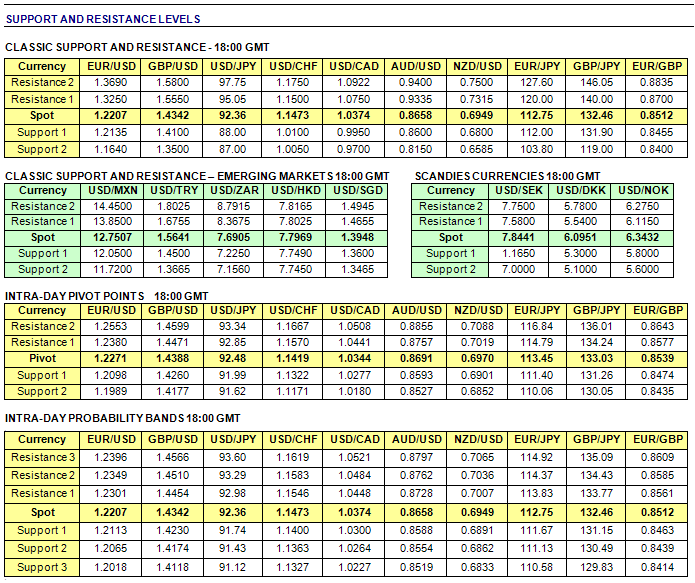