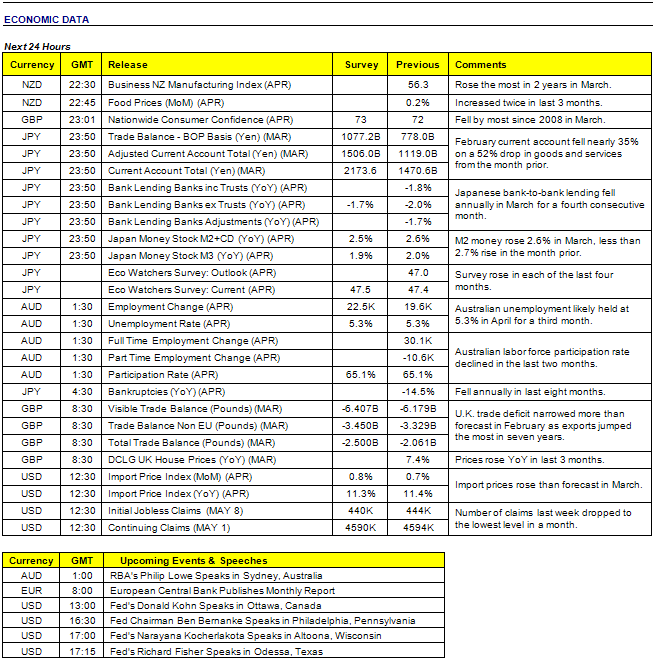 Dollar Closes in on 12-Month Highs Despite Trade and Budget Deficits as Risk Appetite Fades
The capital markets were relatively tame Wednesday and speculative-friendly equities put in for a significant advance. And yet, the US dollar would still end the day higher. Having advanced for two consecutive sessions following Monday’s dramatic reversal, the Dollar Index is just off of the 12-month highs established last week during the height of market-based panic. Looking across the majors, the same sense of revived strength can be seen in the most liquid pairs. Considering the benchmarks for other growth-sensitive asset classes are still well off their respective highs, the currency’s strength can be partially attributed to an immediate desire for safety of funds. However, the fundamental vein must run deeper than a simple aversion to risk because there has been a general stabilization and recapitalization in those markets that appreciate with investor optimism after last week’s turmoil. An isolated assessment of the US and its currency yields little to be impressed with. The pace of expansion reportedly cooled in the first quarter, the nation’s debt burden has grown to record levels and interest rate expectations are the most dovish we have seen in six months. Though, we must remember that everything in the currency market is relative. Using the standards of economic health, yields and fiscal troubles, the United States is notably in a better position than its primary counterpart: the European Union. As long as this comparison is maintained, the greenback will find a natural source of buoyancy.

Going forward, there is one of two paths the financial markets can take. Either investment capital will continue to flow into the markets and keep the assets will appreciate or hold fairly stable; otherwise, there will be another effort made to deleverage expensive securities. And, despite the consistent climb in growth-linked markets over the past year and the quick recovery from last week’s panic; it is highly likely that the next major trend will spark a broad withdrawal of speculative funds. Near-term, catalysts like the EU’s struggle to stabilize its regional markets can trigger a flight-to-safety that would distinctly benefit the dollar thanks to its status as the world’s reserve currency and the appeal its sovereign debt holds as the world’s largest economy. On the other hand, fear-based element to such an outcome, the greenback’s appeal will not be so certain. Looking beyond the threat of a Greek crisis spreading to the euro-region and perhaps the bursting of a Chinese asset bubble setting the emerging markets ablaze, there will have to be a reconciliation between government deficits and currency strength. Keeping track of the United States’ fiscal position, the US Treasury reported a surge in last month’s deficit to $82.7 billion. It is unusual for the government to run a shortfall in April given the cycle of the tax season; but a 7.9 percent drop over the month would ensure this would be the second April deficit since 1983. Looking at the bigger trend, this is the 19th consecutive monthly deficits – the worst trend on record.

The trade balance figures for March would seem another disappointing round of data for the market to absorb. The $40.4 billion deficit was a 15-month low for the balance. Yet, a net outflow of money is essentially a ‘normal’ characteristic of a modern global economy where the US is the world’s biggest consumer and China maintains a fixed exchange rate. Looking into the details, we see imports grew 3.1 percent and exports rose 3.2 percent to a 17-month high; suggesting that both US consumption is on the rise and global activity is improving.

Related: Discuss the US Dollar in the DailyFX Forum, Dollar Strength Falls to Sovereign Credit Concerns Not Yield Forecasts

Euro Struggles for Direction as Data Reports 1Q Growth, Portugal Taps the Debt Market
With each daily advance that the capital markets take in the aftermath of this past week’s volatility, it is an inherent vote of confidence for a happy resolution to the European Union’s effort to stabilize its finances. Since the 750 billion euro joint rescue program was announced this past weekend, there has been no real test as to the availability of the capital or its ability to calm investors’ fears. Taking advantage of the relative stability, Portugal sold 1 billion euros in debt with a yield that was 181 basis points off the record set last week while attracting a bid-to-cover ratio of 1.8. Yet this is relatively minor. A real trial could be Greece’s need to tap its credit line to cover 8.5 billion euros in debt maturing on the 19th. Today, the nation’s unions called a 24 hour strike in protest pension reform – a requirement for receiving EU and IMF funds. With the struggle curb government expenditures and raise taxes, we must not forget the importance of economic health. Robust activity could increase revenues and retract the need for assistance. On the other hand, too strict of an approach to finances could choke off activity, further diminish the nation’s ability to pay off its debts and lead to social unrest. With an eye on this balance, the preliminary readings on 1Q GDP were relatively strong. The Euro Zone grew 0.2 percent through the three months to put the annual gauge of activity into the positive for the first time since the second quarter of 2008. However, this is a review of economic health before the word ‘crisis’ stained the region.

British Pound Follows BoE Forecasts to Losses, Disregards Strong Jobs and Deficit Promises
It would seem that that event risk would have supported a rally from the sterling; and yet the currency would end the day lower across the board. The top scheduled release was the labor data for April. Jobless claims dropped for the fifth time in six months by 27,100-filings while earnings growth through March accelerated to a 4.0 percent clip. What’s more, after setting a coalition, new Prime Minister David Cameron vowed an emergency budget cut of 6 billion pounds within 50 days. This would be an impressive round of data had not the BoE’s quarterly inflation report had not suggests risks had “increased” and rates would remain at record lows for the rest of the year.

Australian Dollar Traders Look to Employment Data for Guidance on Growth, Rate Forecasts
Looking at Credit Suisse overnight index swaps, we see that the market expects no movement from the RBA at its next meeting and only two more quarter point hikes form the group over the coming 12 months. This opens the door for Aussie dollar’s counterparts to close the gap. However, should tonight’s April employment statistics come out strong, the growth and rate outlook could receive another boost.

Canadian Dollar Advances Despite a Contraction in the Nation’s Trade Surplus
In a world where deficits and risk appetite are primary drivers for the broader market, the Canadian dollar is considered one of the most fundamentally stable currencies out there. This is a promising title to hold when your trade surplus unexpectedly shrinks to C$254 million. 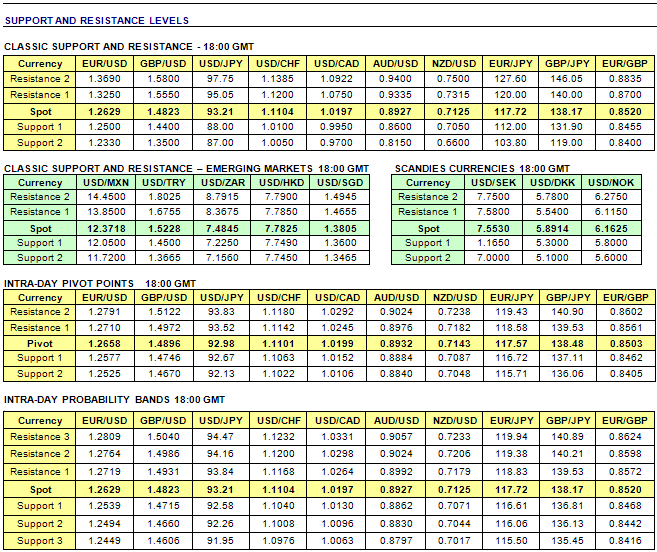