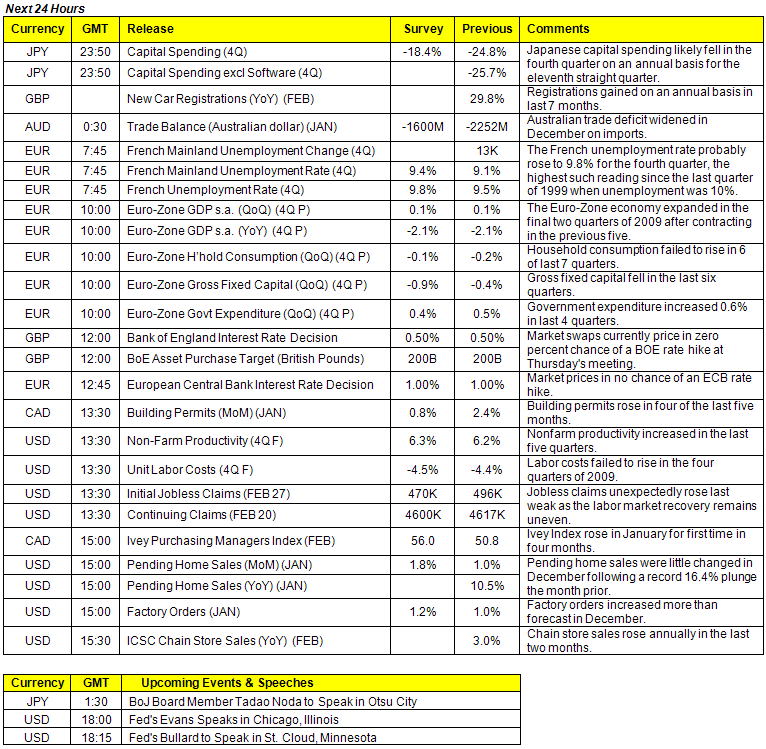 Dollar Eases into a Reversal as Greece Predicament Improves, Data Impresses
Risk appetite is improving; and the dollar is suffering for it. Sentiment further recovered ground through Wednesday’s session after a round of impressive economic data brightened the global picture and Greece took another step towards stabilizing its financial future. Yet, as influential as these factors were, the progress that speculative interest has made is still notably restrained. The US dollar has itself may have pulled back to an intraday two-week low, but the benchmark currency has barely retraced the progress it has made over the previous three months. The same assessment can be applied to the other, risk-sensitive markets. For equities, the Dow Jones Industrial Average closed a second consecutive session relatively unchanged while the CRB commodities index has not yet broken from the range that has solidified over the past few weeks. This general bearing without meaningful pace reflects a lack of conviction and an enduring sensitivity to developments in the foundation of investor sentiment. The headline event today was the additional cuts to Greece’s ballooned deficit. This is a step that goes right to the source of the investors’ recent fears. Buying time for this financially-burdened nation offers immediate (if temporary) relief and buys time for the market’s to settle, thereby improving the financing capabilities for its government. However, in the end, this does not fully remedy the European Union’s troubles nor does it actually add a positive slant to sentiment. It merely lightens the weight of a negative aspect.

More active in its support of sentiment – and subsequently a greater burden to the greenback – Wednesday was the positive round of economic data coming off the docket. The most market-friendly release was the ISM’s non-manufacturing activity report. Earlier this week, the factory gauge cooled more than expected but reported expansion (a reading above 50) for a seventh consecutive month. The service sector (which accounts for approximately four-fifths of growth in the United States) would one-up its counterpart by marking a stronger than expected 58.4 reading. This report is perhaps one of the best, up-to-date readings on current activity levels for the world’s largest economy because of its scope; and its more than two-year highs speaks well of a recovery. The ADP private payrolls report for February is more derivative in its support. Though the employment gauge reported the fewest jobs lost since January of 2008 (20,000 filings), the figure was still negative. Furthermore, its value as a benchmark to the government-measured NFPs is questionable given the frequent and often sizable revisions to the report after the fact. For scope, the most meaningful fundamental report for the day was the Fed’s Beige Book. An assessment of economic health released two weeks before the central bank’s next policy meeting used to establish policy, the report could be summed up as marking a “modest” improvement in the economy over the past few months. Nine of the 12 districts reported progress while nationwide consumer spending rose in many regions. On the other hand, the labor market was labeled “soft” while commercial real estate and loan demand was considered “weak.”

Related: Discuss the US Dollar in the DailyFX Forum, Dollar Awaits a Clear Read on Risk and Rate Forecasts

Euro Finds Little Comfort In Greece’s Additional Austerity Cuts
Bending to the intensified pressure from the European Union to accelerate its efforts to reduce its swollen deficit (even though government officials were adamant that further steps were unnecessary), Greece announced Tuesday morning that it would take steps to further cut 4.8 billion euros from its budget shortfall. This trimming would be accomplished through increases to luxury, fuel and value added taxes as well as cuts to federal employee entitlements. This will certainly help the government meet its goal to cut its deficit from 12.7 percent of gross domestic product to 8.7 percent; but economically, it will further slow the recovery and extend the time to a full recuperation. Yet, these coerced measures were not likely aimed at putting Greece on a more stable path. Rather, this is a move whose purpose is to dampen market concerns that the nation is at risk of default and was therefore a credit risk that was not a safe investment. There is a good chance that the government’s next debt sale – necessary to raise funds to pay recent spending initiatives and rollover maturing debt – will lack a solid bid. If that is the case, it will trigger a reciprocal drop in sentiment where future debt raising efforts would come up short and the economy unable to finance its debts (a disastrous fate). These cuts may further improve payout expectations. Furthermore, these measures were likely an effort taken to appease the EU and further a 25 billion euro aid package that German lawmakers said is being contemplated.

Pound Breaks its Worst Trend in Over a Year as Sentiment Improves Ahead of the BoE
The combination of positive economic data and a clear improvement in risk appetite trends helped turn the pound to a much needed bounce. Though, like investor sentiment itself, the rebound to this point is still tepid. Nonetheless, this turn of events was able to take attention off the country’s political/financial situation (something that won’t really hit its peak for a few more months) and back onto the steady economic recovery. The two readings of note was a rise in the February Nationwide Consumer Confidence’s survey to a January 2008 high and a three-year high from the service sector activity report for the same period. Looking ahead to tomorrow, sterling traders will look to see if the BoE will fortify confidence dampened by the expected political deadlock. Further stimulus removal would be a difficult step for the economy.

Australian Dollar Struggles to Make Progress Despite Improved Risk Appetite, Fundamentals
The good news for the Australian economy continues to come. After the RBA’s rate hike just a day ago and a stronger-than-expected 2.7 percent rate of growth through the fourth quarter, the government reported a notable improvement in the January trade deficit to a A$1.176 billion shortfall. Nonetheless, the Australian dollar is still little moved through all of this. This is particularly surprising given the notable improvement in risk appetite through Wednesday’s session; but perhaps this says something specific about the ‘value’ of the Aussie dollar…

Japanese Yen Shows Little Response to a Marked Improvement in Growth
There is little room for the Japanese yen to develop any meaningful improvement in its position through a fundamental health perspective given its deep roots in the carry trade. Nonetheless, event risk over the past 24 hours has shown significant progress in setting the economy and markets back on pace. Earnings for Japanese workers through January grew (0.1 percent) for the first time in 20 months – an inflation contribution. Furthermore, the contraction in capital spending through the 4Q (17.3 percent) was the smallest in a year. 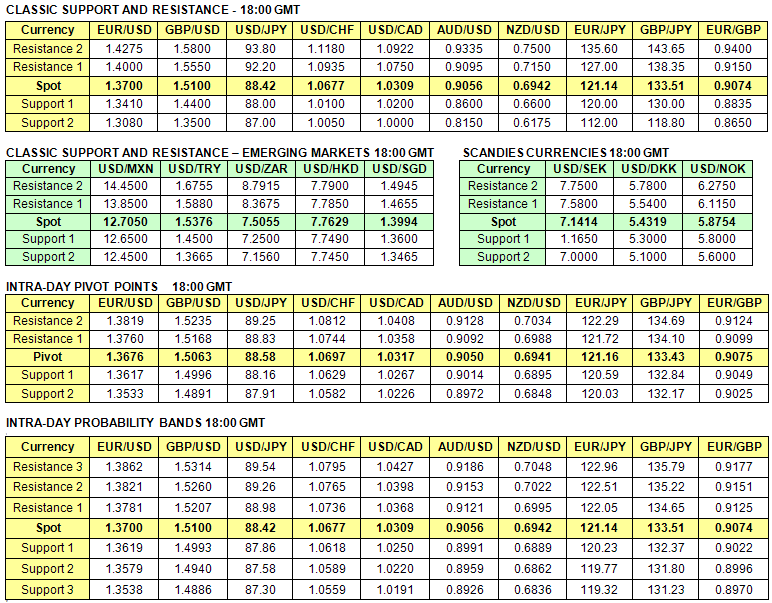