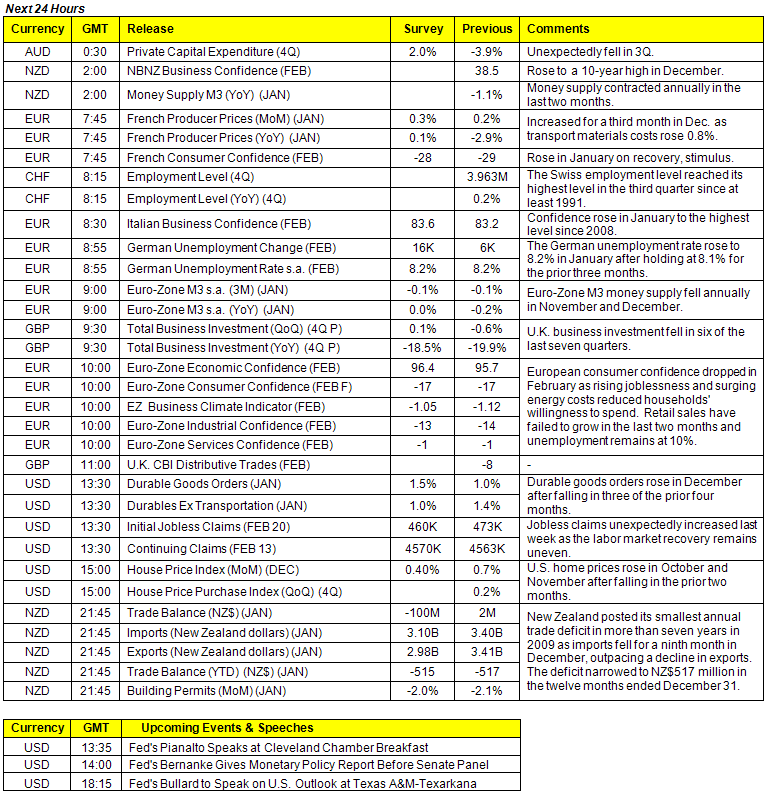 Dollar Lacks Conviction as Sentiment, Data and Testimony Pare Safe Haven Demand
First and foremost, the US dollar is a safe haven / funding currency. This is the default function that the currency inevitably turns to when underlying sentiment marks significant momentum – either bullish or bearish. However, when there is no clear bias or there is a lack of momentum behind this elemental driver, the greenback is often left to its own devices. This was the case through Wednesday’s session. While there was plenty of event risk and it seemed that some of the more accessible benchmarks for risk appetite (i.e. the Dow Jones Industrial Average and oil) were trending higher; there was clear lack in conviction. In fact, the benchmark currency would put in for a US session advance at the same time that both equities and commodities were on the rise. This positive correlation is a break from the norm and draws attention to the concept that while the markets have shown some level of activity, it has not been established through a clear backdrop of investor sentiment. As long as that is the case, burgeoning trends will falter and normally tight correlations will falter. However, when looking for potential catalysts for risk trends, there is no shortage of fodder. The most prominent of the hazards for market stability is the situation in Greece (which we will discuss more fully below). All that is needed is an initial spark, and a list of concerns will be brought to light.

For today’s scheduled event risk, the Congressional testimony from Fed Chairman Ben Bernanke and Treasury Secretary Timothy Geithner held substantial tout. However, ever aware of their impact on the markets, the policy officials would tailor their prepared remarks and their answers to lawmakers’ questions to evoke as little volatility as possible. Discussing monetary policy, Bernanke rehashed much of the same sentiment he established at the same monetary policy meeting. Among the highlights, the central banker labeled unemployment as his largest economic concern and commercial real estate as the United States primary credit threat. Referring to the surprise hike to the discount rate last week, he repeated his sentiments that this move wasn’t a sign that their policy itself had shifted. However, labeling the current regime “extremely accommodative” certainly carries with it a sense that the Fed is perhaps warming up to a tightening cycle – even if it does not involve a hike from the Fed Funds rate in the immediate future. In fact, for a bit of clarity, the Fed’s Bullard remarked late yesterday that the phrase “extended period” translated into six months. As for the Geithner, the discussion was decidedly more politically and less market oriented. Yet, suggestions that TARP had “outlived its basic usefulness” and calling for the government to work down deficits is a step in the right direction when it comes to the sovereign credit rating of the US. In the end, the real momentum from scheduled event risk would come from the New Home Sales report for January. Expectations of a modest increase were blown away by an 11.2 percent drop to a 309,000 annual rate – the lowest level on record. This drop is a reality check for a sector that is feeling the effects of unemployment and foreclosures. What’s more, it sets a bad precedence for growth forecasts.

Looking ahead to Thursday, the docket will offer another round of notable economic indicators: the durable goods orders figures for January and the home price index for December. These are notable indicators with a real impact on growth trends. On the other hand, their ability to dramatically alter the outlook for growth or monetary policy is limited. Therefore, aside from a short-term volatility response; the greenback will most likely defer to the broader trends in risk appetite for its pace.

Related: Discuss the US Dollar in the DailyFX Forum, US Dollar: Policy Tightening and Mounting Risk Build Bullish Pressure

Euro: Markets May not be Able to Ignore Greece’s Troubles for Much Longer
For the past two weeks, concerns over Greece’s financial troubles and its broader implications for the European Union have faded into the background. However, the threat relatively small member poses for the collective is certainly extraordinary. What’s more, the probability that something will actually give continues to grow. This morning, the tension was redoubled on a series of headlines. The most headline worthy news was the warning from rating agency Standard & Poor’s which suggested Greece’s sovereign credit rating could be cut by one or two levels within the month. This would follow the reduction back in December. Practically, a lower rate will increase the yield investors demand to lend to the nation. These higher finance costs will further limit its ability to borrow and may remove a significant portion of available funds altogether. The same line of thinking highlights the effect that Fitch’s downgrade to the nation’s four largest economies can have. And, to top it off, citizens staged a nationwide strike to protest the government’s perceived focus on market demands rather than Greek’s demands.

On the economic docket, both the German GfK Consumer Confidence figure and the revision to German 4Q GDP was disappointing. The sentiment gauge slipped for a fifth consecutive month as the burden of unemployment and fiscal concerns weighted. As for the growth figures, it may seem to be an write off release considering the quarterly growth reading was unchanged and the annual contraction ran at 1.7 percent as previously reported; but the details were certainly remarkable. Looking at the details, private consumption marked its sharpest decline in two and a half years (1.5 percent), government spending reported its biggest decline in five years (0.6 percent) and overall domestic demand declined the most on record. This is certainly a discouraging mix. For tomorrow, the pace won’t be broken for event risk. The German unemployment change report is a well-known market mover. And, for a good sense of future health, the February confidence figures will gauge trend.

Related: Discuss the Euro in the DailyFX Forum, Watch the Market’s Reaction to the German Unemployment Release Live

Japanese Yen Struggling to Maintain Fundamental and Risk Ties as Conditions Deteriorate
With risk trends relatively mute, the Japanese yen is coming under the fundamental microscope – and what traders are seeing isn’t promising. Early in Wednesday’s Asian session, BoJ Deputy Governor Yamaguchi said the authority is limited in options for helping lift the economy out of deflation as interest rates were already “effectively” at zero. This has the political effect of pushing the responsibility for helping the economy back onto the government; but for the market, it points to a grim reality. If Japan was unsuccessful at jumpstarting the economy after the last crisis; how will they pull it off now when extraneous circumstances are even worse? As for event risk, the life blood of what strength the economy still retains (exports) reported its biggest year-over-year jump in 30 years. Can this truly save the economy? 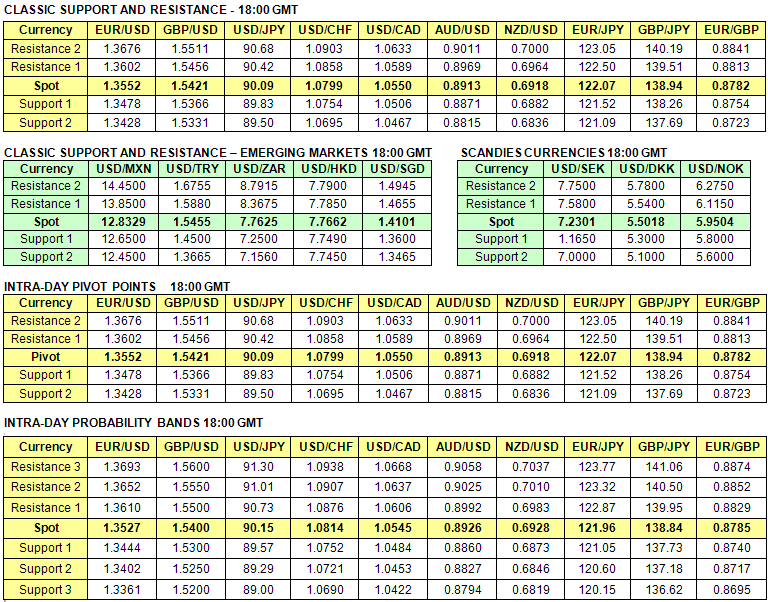