CAD at 5-Month Lows, Crude Oil Back on the Decline - US Market Open

MARKET DEVELOPMENT – GBP Outperforms, Crude Oil Back on the Decline

GBP: The Pound is notably outperforming this morning, gaining some 0.3% against the greenback. However, resistance at 1.28 has capped further upside in the pair. In regard to the latest reports surrounding Brexit, there was some supportive voices from key Conservative members with the Environment Minister Michael Gove stating that PM May’s Brexit plan was the best deal on the table. This is particularly pertinent given that there had been previously a risk that Gove may have resigned. Elsewhere, PM May ditched a move to stop lawmakers trying to re-write her Brexit plans, which will allow for lawmakers to have a free vote on a series of potential changes to PM May’s deal, potentially involving calls for another referendum or a different deal with the EU.

CAD: The Canadian Dollar continues to soften with USDCAD now trading at the highest level since June. Softer oil prices, alongside wider bond spreads with the US has kept the USDCAD uptrend intact. Little in the way of resistance of resistance until the 1.34 handle.

USD: As we approach the month-end, eyes will be on the typical rebalancing that takes place. As it stands, investment bank rebalancing models from Citi and Barclays suggest that signals are for USD buying against its major counterparts with the strongest USD buy signal against JPY. Consequently, month-end demand may underpin the US Dollar over the next few sessions. Today’s trade data will continue to remind President Trump why the trade war with China is necessary, after the figures showed another widening in the trade deficit.

Crude Oil: The morning bounce in oil prices has once again been pared with Brent crude back below $60/bbl. Overnight saw a wider than expected build in US oil inventories in the latest API, which if confirmed by today’s EIA data will lead to a 10th consecutive weekly increase in stockpiles. Elsewhere, markets continue to keep a close eye on the latest OPEC headlines on how much could the cartel cut production. 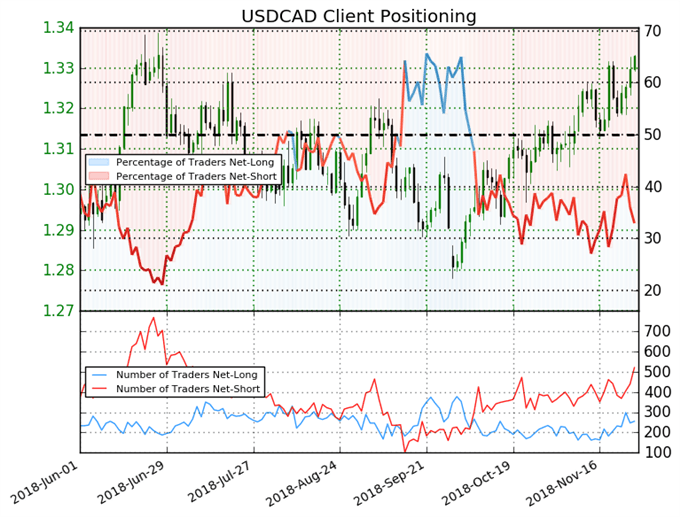