EUR: The Euro is notably firmer with Italian bond yields dipping after reports that the Italian government are discussing reducing the 2019 deficit target to 2-2.1% from the current 2.4% target. This was also followed by comments from Salvini who added that Brussels provided a positive feedback over potentially lowering its 2019 deficit target. EUR lifted from 1.1330 to highs of 1.1380. Elsewhere, the latest German IFO reduced hopes of a year-end rebound and instead providing increasing signs of a slowdown in the Eurozone, which had been echoed by Draghi who stated that loss in growth momentum mainly reflects weaker trade growth. Of note, key ministers will meet at 1830GMT to discuss the budget.

GBP: Official EU approval for the Brexit withdrawal agreement has kept the Pound afloat. However, gains are somewhat limited with markets seeing little possibility that the deal will get through parliament in its current form. Given that newsflow is relatively light thus far, GBP has traded within a narrow range.

JPY: The post-Thanksgiving and Black Friday bid in equity markets has sparked outflows in the safe-haven JPY, which underperforms its major counterparts, consequently, USDJPY has reclaimed the 113.00 handle. While uncertainty continues to persist (Italy, Brexit and Trade Wars), moderating concerns amid Italy’s potential compromise, alongside optimistic sentiment over trade ahead of the G20 summit has kept the JPY under pressure.

USD: The US Dollar is on the backfoot to begin the week, with the index dipping 0.2% and losing out to its major counterparts with the exception of the JPY. However, short term factors may see the USD higher in the forthcoming days, most notably the Federal Reserve balance sheet unwind on Nov 28th, while month-end rebalancing has pointed towards moderate USD buying.

Oil: After Friday’s panic selling, which saw WTI and Brent crude plunging nearly 8%, the move to the downside may be somewhat overdone. This morning has seen both WTI and Brent crude rise as much as 2% with the latter making a break above the $60/bbl mark. Alongside this, rising tensions between Russia and Ukraine has provided an additional boost to oil prices. However, bearish reports have surfaced, in which Saudi Arabia are currently pumping oil at a record high of 11.1-11.3mbpd, according to sources. 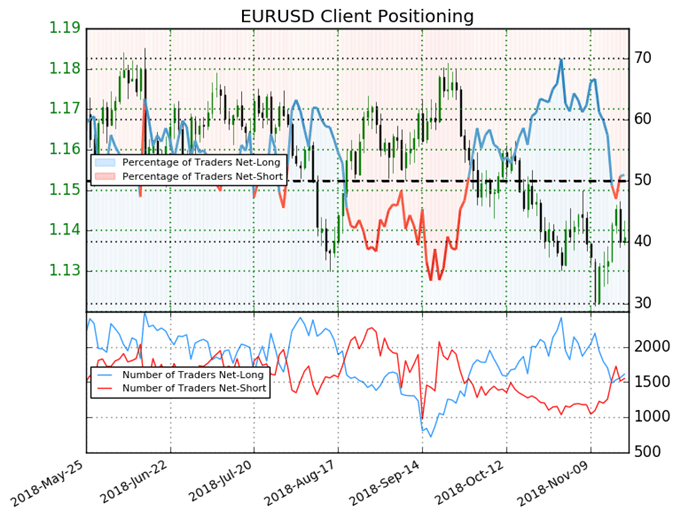