USD: The risk on sentiment has put a dent in the US Dollar, which is trading modestly lower against its major counterparts, particularly high beta FX currencies (AUD, NZD), with the exception of the Japanese Yen, which is underperforming. Alongside this, a report circulating that the Federal Reserve could consider pausing its rate hike cycle by spring has provided a further lift to equity markets, at the expense of the USD. That said, this comes in the context that recent commentary from Fed officials have been leaning on the more cautious side, which in turn has reigned in rate hike expectations from the Federal Reserve. Latest FFR futures imply 56bps worth of tightening by the end of next year, compared to the Fed’s dot plot projection currently signalling 100bps. Elsewhere, another spring to the equity bounce has been provided by reports that China trade hawk, Peter Navarro, may be excluded from talks between President Trump and Xi at the upcoming G20 summit.

EUR: The Euro has been somewhat resilient despite the European Commission rejecting Italy’s budget. The EC also stated that disciplinary procedures should be adopted against Italy for excessive debt (what happens next). However, with rate hike expectations continuing to drop off, tighter spreads between the US and Core EU members has provided a lift for the Euro, which sits above the 1.14 handle. Eyes will be on tomorrow’s ECB meeting minutes.

Crude Oil: The 25-30% in major oil benchmarks has been praised by President Trump, who would also like to see even lower oil prices. However, given the near enough 6% drop in the oil complex yesterday, prices are seeing a modest lift, which has also been supported by yesterday’s API report, showing a surprise drawdown in US stockpiles. Oil traders will be looking for confirmation at today’s EIA report whereby a drop-in oil inventories would end the run of consecutive weekly stockpile increases (current streak is 8). Elsewhere, reports from the Kremlin noted that Russia were currently monitoring developments in the oil market and will meet with Saudi’s MBS at the G20 summit. 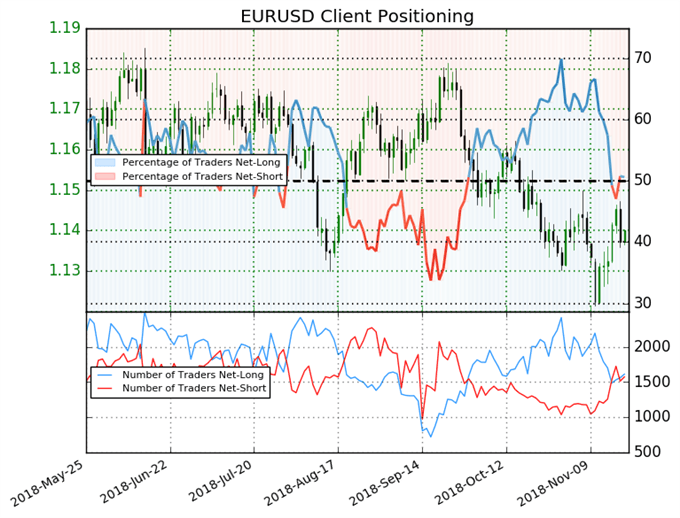