EUR & GBP Dips on Italy and Brexit, AUD Back at Resistance - US Market Open

USD: A modest post-election recovery observed in the US Dollar with the Federal Reserve rate decision looming large. The rate decision itself is not expected to provide any major fireworks with interest rates set to be kept unchanged. Focus instead will be placed on the wording of the accompanying statement, in which an acknowledgment of increased concerns over recent market volatility may reignite Dollar selling. However, given that economic data continues to remain robust the Fed is likely to stick to the script. Support is situated at the 96 handle.

EUR: The EU vs Italian showdown continues with Italy remaining committed to its budget deficit targets, despite the EU’s wishes to lower them. While Italy sets a 2.4% deficit to GDP target for 2019, the EU noted that this figure could in fact rise to 2.9% with the 3% threshold being breached in 2020. This in turn has led to a marginal pullback in the Euro, dropping some 80pips from the highs seen yesterday at 1.15. Support at 1.14 has curbed further losses for now.

GBP: The Pound is underperforming in the G10 space in what has been a relatively choppy session as headline Brexit risk remains elevated. The Pound had initially spiked on reports in Austrian press that a Brexit deal could be reached and be presented by Monday. However, gains had been subsequently pared with the currency dipping below 1.31 against the greenback as UK Foreign Minister Hunt suggested that a Brexit deal within the next 7 days maybe somewhat optimistic.

AUD: Strong Chinese trade data has seen the Australian Dollar track higher, while a modest boost in risk sentiment has also added to gains. AUDUSD is back at yesterday’s highs situated at the 0.7300 handle, which continues to hold for now. 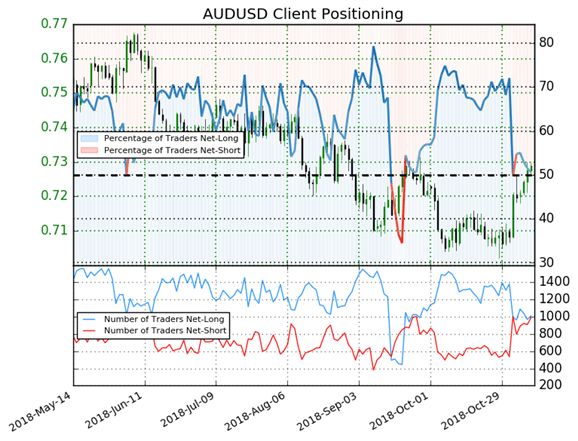