EUR: The Euro has been on the backfoot for much of the session as German state inflation readings had been released, in which both the monthly and yearly rates had declined. Elsewhere, soured sentiment sparked by the continued sell off in EM currencies has added to the woes for the Euro. Reports that the EU would be willing to scrap industrial goods tariffs had seemingly been shrugged off with EURUSD at lows of the day.

CAD: Softer than expected Canadian GDP for Q2 takes USDCAD above 1.2950. Despite the GDP report rising 2.9%, above the BoC’s forecast of 2.8% the general consensus had been for a rise of 3%, while business investment also fell to its lowest level since the start of 2017. However, eyes will be on the an comments regarding NAFTA and whether an agreement in principle can be made between the US and Canada.

AUD, NZD: The antipodean currencies are not fairing too well with the Kiwi plunging after ANZ business confidence fell to the lowest level in 10yrs, while the Australian Dollar slipped on a surprise decline in the latest CAPEX data. AUDUSD continues to hover around 0.73, eyes are on the recent lows at 0.72 with short term fundamentals continuing to deteriorate.

Emerging Market FX: The Turkish Lira is back on the move again with the currency slipping as much as 5% this morning with EM markets remaining fragile in the risk off environment. TRY was knocked further on reports that the Turkish Central Bank Deputy Governor has quit to join the development bank of Turkey. As a consequence of the TRY weakness, the South African Rand (EM Proxy) has also taken a hit in tandem with the Lira. 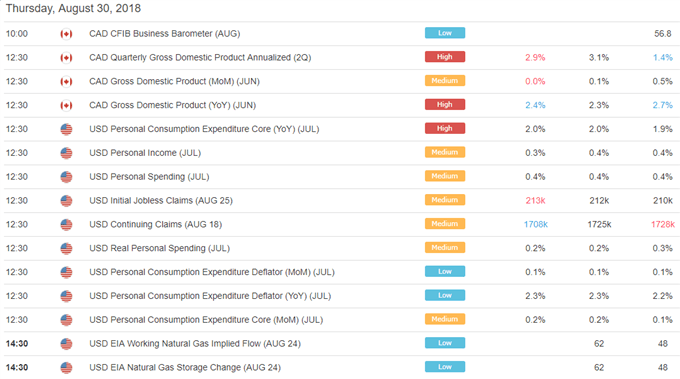 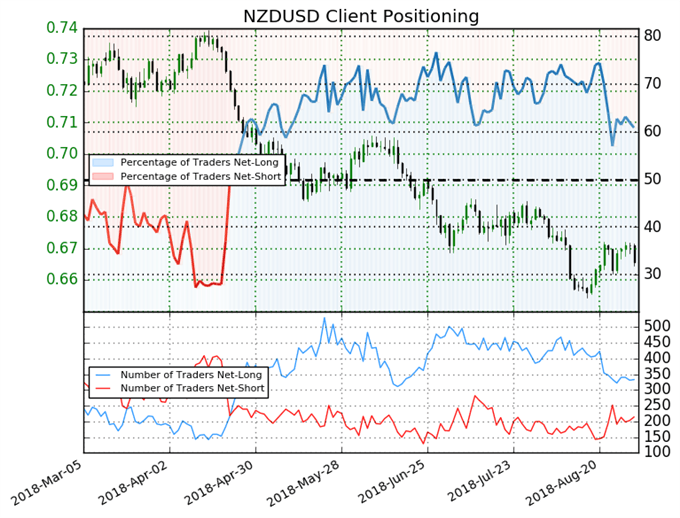 We typically take a contrarian view to crowd sentiment, and the fact traders are net-long suggests NZDUSD prices may continue to fall. Positioning is less net-long than yesterday but more net-long from last week. The combination of current sentiment and recent changes gives us a further mixed NZDUSD trading bias.