US equity futures are marginally in positive territory with the Nasdaq 100 outperforming slightly with sentiment for tech names somewhat optimistic after Apple reached the $1tln milestone. However, trade concerns continue to linger.

CNH/CNY: Intervention at last from the PBoC. The Chinese Yuan saw a sharp move higher after the PBoC raised the reserve requirement on FX forwards to 20%, adding that they will take counter cyclical measures in order to stabilise the currency. As a reminder, in September 2017, the PBoC had cut the reserve requirement to zero from 20%, which was seen as an effort to stem the Yuan’s appreciation. In an immediate reaction, alongside the Yuan, the Chinese exposed AUD had risen to session highs, while the USD sold off.

USD: The US Dollar dipped on what was a relatively mixed NFP report, whereby the headline figure had missed expectations, however, this had been met with an upward revision to the previous. In terms of the focus focussed wage data, both the yearly and monthly figure had matched estimates, although the latter saw a downward revision, consequently keeping the Dollar on the backfoot.

GBP: Governor Carney highlighted his unease over Brexit risks, after stating that the possibility of a no-deal is uncomfortable high at this point, adding that the UK and EU should do all things to avoid a no-deal Brexit scenario. As a reminder, yesterday’s minutes noted that difference Brexit responses could significantly alter monetary policy. Consequently, following Carney’s slightly cautious rhetoric, GBPUSD dipped below 1.30, reaching its lowest level in 2 weeks. 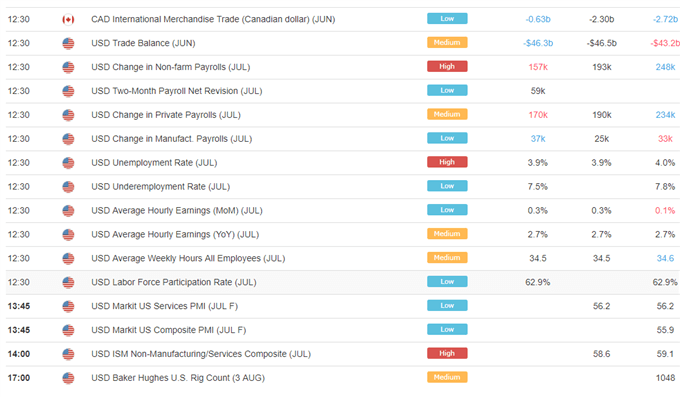