The advance 4Q U.S. Gross Domestic Product (GDP) report may generate headwinds for the greenback as the update is expected to show a small slowdown in the growth rate. 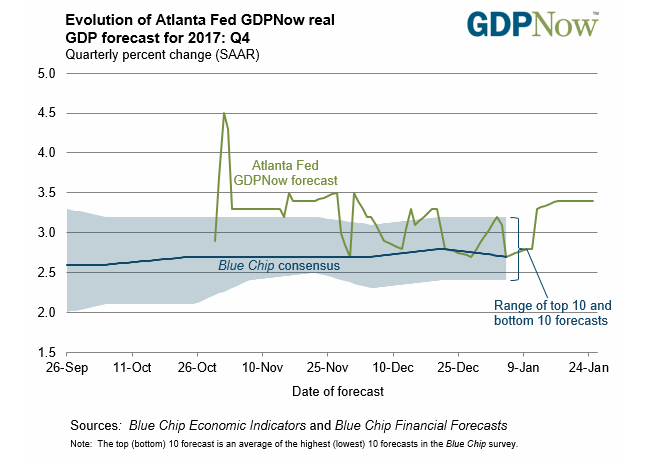 Keep in mind, the Atlanta Fed’s GDPNow model still forecasts a 3.4% rate of growth even as ‘the forecast of fourth-quarter real residential investment growth decreased from 10.2 percent to 9.5 percent after yesterday's existing-home sales release from the National Association of Realtors and this morning's housing market releases from the U.S. Census Bureau, and another batch of below-forecast prints may produce bearish reaction in the greenback is dampens bets for an imminent Fed rate-hike.

Nevertheless, market participants may pay close attention to the core Personal Consumption Expenditure (PCE) as the Fed’s preferred gauge for inflation is projected to increase an annualized 1.9%, and indications of stronger price growth may curb the near-term advance in EUR/USD as encourages the Federal Open Market Committee (FOMC) to normalize monetary policy sooner rather than later. New to trading? Review the ‘Traits of a Successful Trader’ series on how to effectively use leverage along with other best practices that any trader can follow.

The U.S. economy grew an annualized 3.0% during the three-months through September, with Personal Consumption increasing 2.4% during the same period amid forecasts for 2.1% print. At the same time, the core Personal Consumption Expenditure (PCE), the Fed’s preferred gauge for inflation, climbed to an annualized 1.3% from 0.9% in the second-quarter, and signs of budding price pressures may encourage the Federal Open Market Committee (FOMC) to further normalize monetary policy over the coming months as the economy approaches full-employment.

Despite the better-than-expected prints, EUR/USD showed a muted reaction to the GDP report, with the pair

The mixed developments generated a muted reaction, with EUR/USD consolidating throughout the North American trade to end the day at 1.1769. For additional resources, download and review the FREE DailyFX Advanced Guide for Trading the News to learn our 8 step strategy. 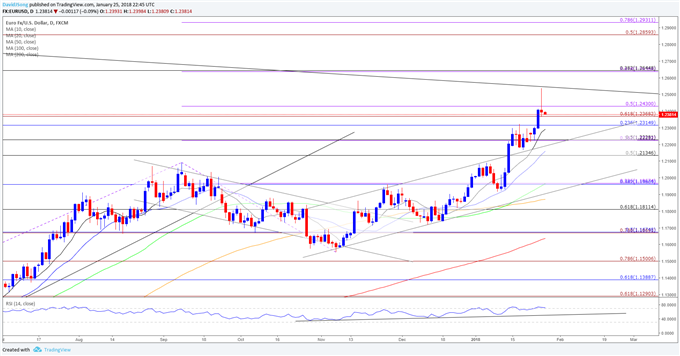