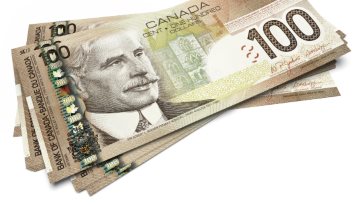 - Retail Sales to Increase Another 0.3% in October.

The near-term rebound in USD/CAD may continue to unravel over the next 24-hours of trade as Canada’s Consumer Price Index (CPI) is expected to pick up to annualized 2.0% in November, while Retail Sales are projected to increase another 0.3% in October.

Faster price growth paired with signs of stronger consumption may encourage the Bank of Canada (BoC) to adopt a more hawkish tone in 2018 as ‘inflation has been slightly higher than anticipated and will continue to be boosted in the short term by temporary factors.’ As a result, Governor Stephen Poloz and Co. may emphasize ‘higher interest rates will likely be required over time’ at the next meeting on January 17, with the Canadian dollar at risk of exhibiting a more bullish behavior as the BoC appears to be on track to further normalize monetary policy over the coming months.

However, a series of below-forecast prints may ultimately fuel the recent advance in the dollar-loonie exchange rate as it dampens bets for an imminent BoC rate-hike.

Canada’s Consumer Price Index (CPI) narrowed to an annualized 1.4% from 1.6% in September, while the core rate of inflation advanced to 1.6% from 1.5% during the same period. A deeper look at the report showed the slowdown was led by a 3.2% decline in gasoline prices, with the cost for energy also slipping 1.8%, while prices for clothing/footwear increased another 1.5% in October.

The Canadian dollar struggled to hold its ground following the CPI report, with USD/CAD climbing above the 1.2800 handle, but the reaction was short-lived as the pair ended the day at 1.2769. Looking to trade Canada’s CPI report but don’t have a strategy? Download & review the DailyFX Advanced Guide for Trading the News to learn our 8 step strategy. 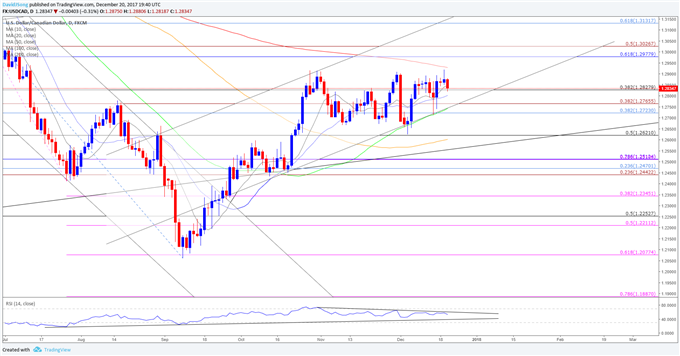