- U.K. Employment to Increase Another 150K in Three-Months Through August.

In light of the market reaction to the U.K. Consumer Price Index (CPI), another batch of lackluster data prints may continue to rattle the near-term rebound in GBP/USD as it saps bets for higher interest rates.

Even though BoE Governor Mark Carney warns the central bank will deliver a rate-hike over the ‘coming months,’ the majority of the Monetary Policy Committee (MPC) may largely endorse a wait-and-see approach at the next meeting on November 2 as ‘it was too soon to judge whether stronger consumption growth would be sufficient to offset continuing weakness in business investment.’ In turn, the BoE may carry the record-low interest rate into 2018 as ‘the squeeze on households’ real income continued to weigh on consumption.’

Nevertheless, we may see a growing rift within the BoE as officials argue ‘a withdrawal of part of the stimulus that the Committee had injected in August last year would help to moderate the inflation overshoot while leaving monetary policy very supportive.’

Impact that the U.K. Employment report has had on GBP/USD during the last release

The U.K. added another 180K jobs in July, while the Unemployment Rate unexpectedly narrowed to an annualized 4.3% from 4.4% during the same period. Despite the ongoing improvement in the labor market, Average Weekly Earnings held steady at an annualized 2.1% amid forecasts for a 2.3% print, and signs of subdued wage growth may encourage the Bank of England (BoE) to further delay the normalization cycle especially as Brexit clouds the economic outlook with high uncertainty. The batch of mixed data prints weighed on the British Pound, with GBP/USD pulling back from the 1.3300 handle to end the day at 1.3208. 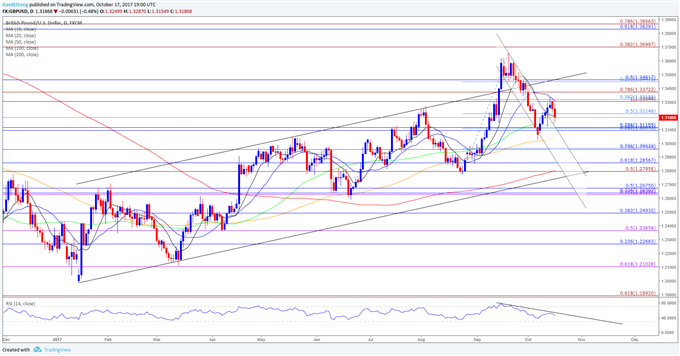 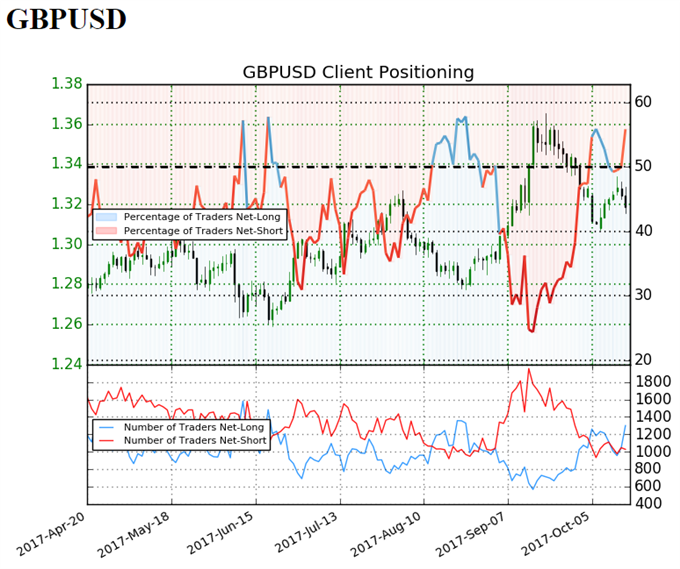