- Core Rate of Inflation to Hold Steady at 2.7% per Annum.

Even though the U.K Consumer Price Index (CPI) is expected to increase for the second consecutive month, another 2.7% print for the core rate of inflation may undermine the near-term advance in GBP/USD as it encourages the Bank of England (BoE) to preserve the record-low interest rate throughout 2017.

Stickiness in the core CPI may ultimately trigger a bearish reaction in the British Pound as raises the risk for another 7 to 2 split, and the majority of the Monetary Policy Committee (MPC) may largely endorse a wait-and-see approach at the next policy meeting on November 2 as ‘there remain considerable risks to the outlook.’

However, another batch of above-forecast prints may fuel the recent series of higher highs & lows in GBP/USD, and Governor Mark Carney and Co. may start to move away from its easing-cycle as ‘a withdrawal of part of the stimulus that the Committee had injected in August last year would help to moderate the inflation overshoot while leaving monetary policy very supportive.’

Impact that the U.K. Consumer Price Index (CPI) has had on GBP/USD during the previous print

The U.K. Consumer Price Index (CPI) climbed an annualized 2.9% in August, with the core rate of inflation highlighting a similar dynamic as the reading advanced to 2.7% per annum from 2.4% in July. A breakdown of the report showed prices for clothing & footwear increased 2.4% during the month, with the costs for household goods climbing 1.8%, while prices for food & beverages held flat for the second consecutive month. The British Pound gained ground following the stronger-than-expected CPI print, with GBP/USD coming off of the 1.3200 handle to end the day at 1.3283. 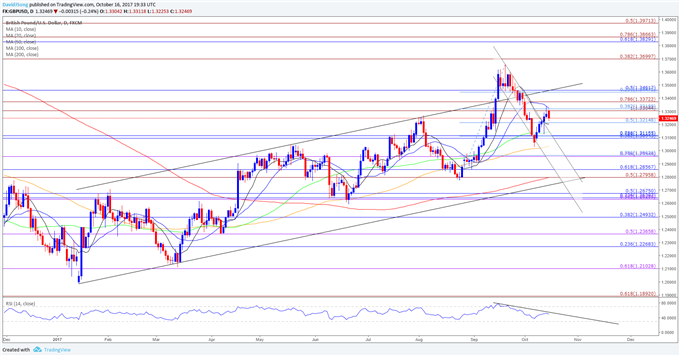 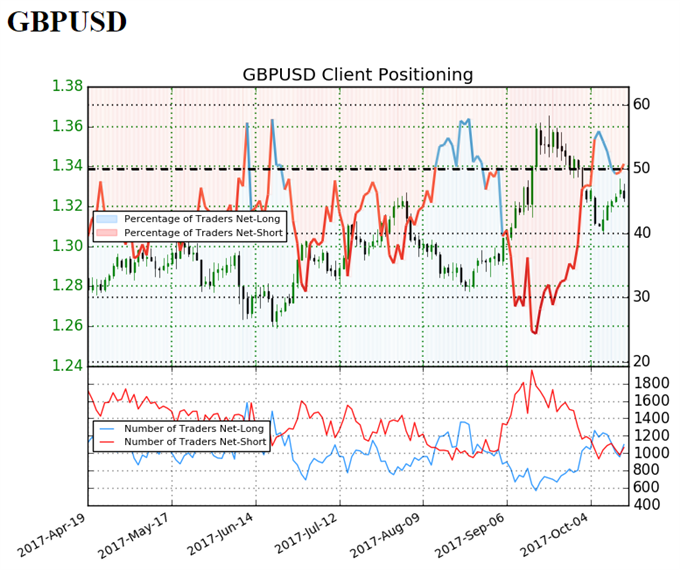