Another uptick in the ISM Non-Manufacturing survey may trigger a bullish reaction in the greenback, with EUR/USD at risk of extending the decline from the previous month as it initiates a series of lower highs & lows.

A positive development may keep Federal Reserve on course to deliver three rate-hikes in 2017 as ‘the Committee continues to expect that, with gradual adjustments in the stance of monetary policy, economic activity will expand at a moderate pace.’ In turn, Chair Janet Yellen and Co. may relay a more hawkish tone at the next interest rate decision on October 31, but Fed officials may continue to trim the longer-run forecast for the benchmark interest rate as ‘overall inflation and the measure excluding food and energy prices have declined this year and are running below 2 percent.’ In turn, the broader shift in EUR/USD behavior may continue to take shape over the coming months especially as the European Central Bank (ECB) adopts an improved outlook and shows a greater willingness to taper its asset-purchase program.

Keep in mind, Chair Yellen is scheduled to speak later in the day and the central bank head may prepare U.S. households and businesses for higher borrowing-costs as ‘inflation will most likely stabilize around 2 percent over the next few years,’ but a batch of cautious rhetoric may dampen the appeal of the greenback as the Federal Open Market Committee (FOMC) ‘may have misjudged the strength of the labor market, the degree to which longer-run inflation expectations are consistent with our inflation objective, or even the fundamental forces driving inflation.’

The ISM Non-Manufacturing survey fell short of market expectations, with the index advancing to 55.3 in August from 53.9 the month prior. A deeper look at the report showed the gauge for New Orders climbed to 57.1 from 55.1 in July, with the Employment Component rising to 56.2 from 53.6 during the same period, while Supplier Deliveries narrowed for the second consecutive month in August. The mixed details surrounding the ISM survey sparked a rather limited reaction, with EUR/USD consolidating throughout the North American trade to end the day at 1.1917. 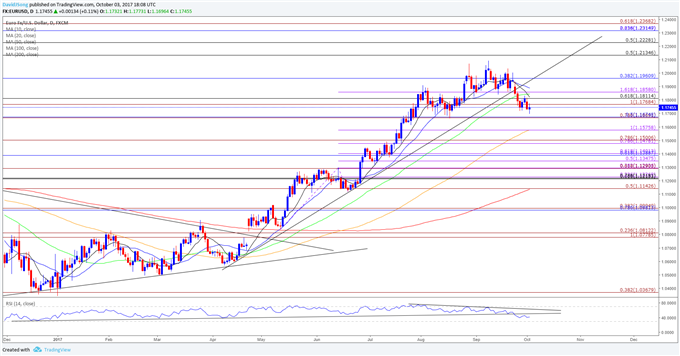 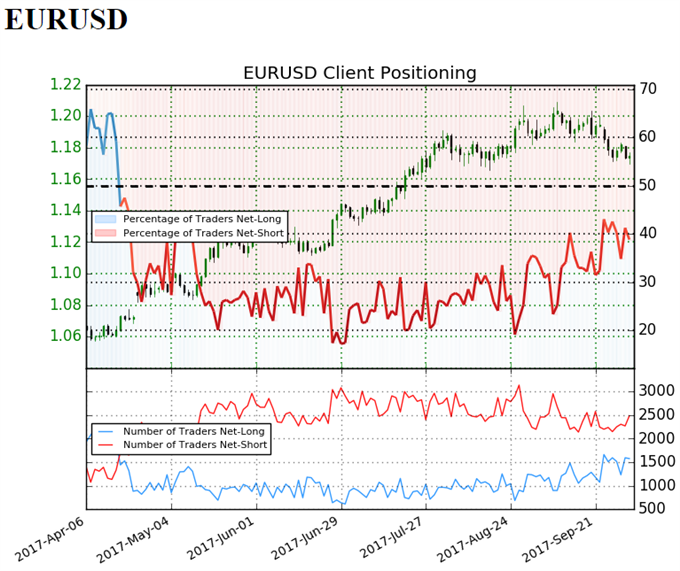