The Reserve Bank of Australia (RBA) policy meeting may spark a limited market reaction as the central bank is widely expected to keep the cash rate at the record-low of 1.50%, but fresh remarks from Governor Philip Lowe and Co. may fuel the recent weakness in AUD/USD if the central bank toughens the verbal intervention on the Australian dollar.

The RBA may continue to jawbone the local currency as a ‘further appreciation of the Australian dollar would be expected to result in a slower pick-up in growth and inflation.,’ and the central bank may deliver a more cautious tone as ‘members noted that the Australian economy had grown at a below-trend rate over 2016/17.’ In turn, AUD/USD stands at risk of giving back the advance from the summer months especially as both price and the Relative Strength Index (RSI) fail to retain the bullish trends from earlier this year.

The Reserve Bank of Australia (RBA) continued to endorse a wait-and-see approach for monetary policy after keeping the official cash rate at the record-low of 1.50%, with the central bank still jawboning the local currency as ‘an appreciating exchange rate would be expected to result in a slower pick-up in economic activity and inflation than currently forecast.’ It seems as though the RBA will retain the current policy throughout 2017 as ‘slow growth in real wages and high levels of household debt are likely to constrain future growth in spending,’ and Governor Philip Lowe and Co. may ultimately toughen the verbal intervention on the Australian dollar in an effort to boost the outlook for growth and inflation. Despite the limited market reaction, AUD/USD gained ground throughout the day to close at 0.7995. 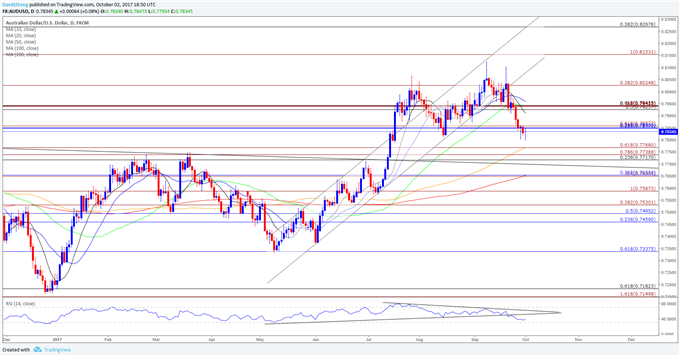 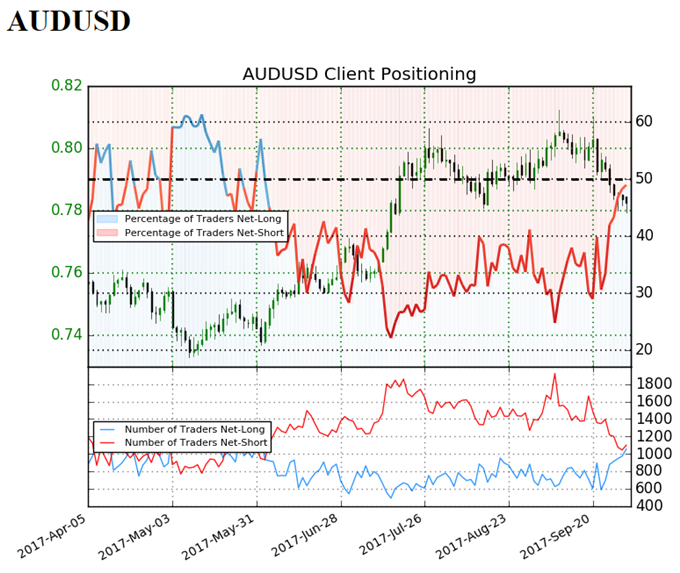