- Core Rate of Inflation to Hold Steady at 1.2% per Annum for Third Month.

Even though the Euro-Zone Consumer Price Index (CPI) is anticipated to pick up for the second consecutive month in September, weakness in the core rate of inflation may undermine the near-term rebound in EUR/USD as it encourages the European Central Bank (ECB) to carry the highly accommodative stance into 2018.

The ECB may carry the quantitative easing (QE) program beyond the December deadline as ‘measures of underlying inflation have ticked up moderately in recent months, but have yet to show convincing signs of a sustained upward trend.’ In turn, President Mario Draghi and Co. may highlight a dovish outlook at the next meeting on October 26, but a growing number central bank officials may show a greater willingness to move away from the non-standard measure as ‘the current positive cyclical momentum increases the chances of a stronger than expected economic upswing.’

In turn, a pickup in both the headline and core CPI may spark a bullish reaction in EUR/USD as it encourages the ECB to move away from its easing-cycle.

The advance reading for the Euro-Zone Consumer Price Index (CPI) showed the headline figure climbing an annualized 1.5% from 1.3% in July to mark the first pickup since April. Nevertheless, the core rate of inflation held steady at an annualized 1.2% for the second consecutive month in August, which was largely in-line with market expectations. The Euro struggled to hold its ground following the mixed data prints, with EUR/USD pulling back from the 1.1900 handle, but the pair regained its footing during the North American trade to end the day at 1.1909. 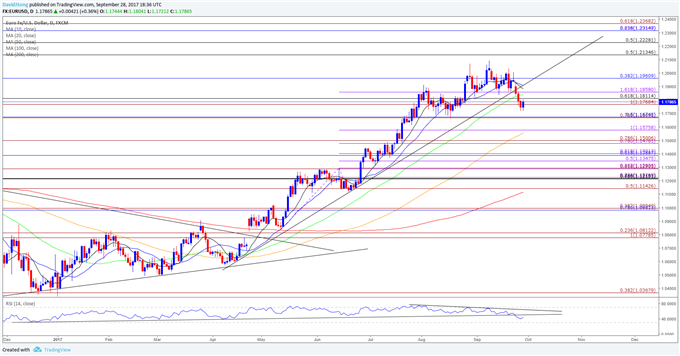 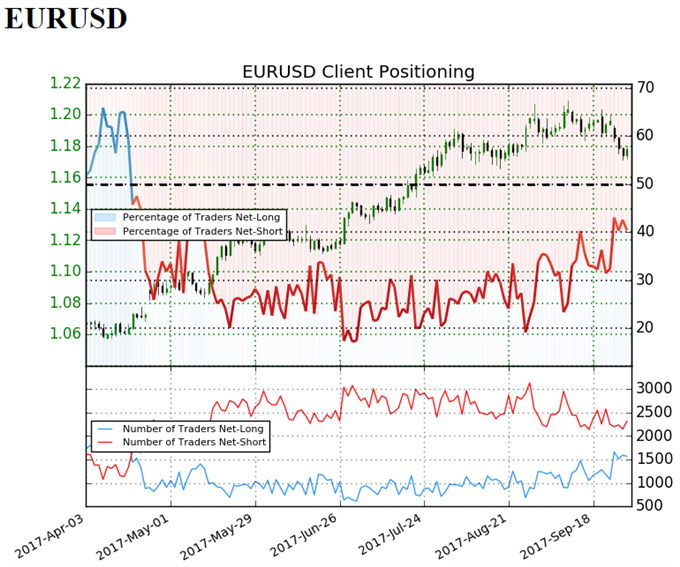