- Jobless Rate to Hold Steady at Annualized 5.6% for Second Month in August.

- Sign Up & Join the DailyFX Trading Webinars for an opportunity to discuss potential trade setups.

A 20.0K rise in Australia Employment may spark a bullish reaction in AUD/USD as it puts pressure on the Reserve Bank of Australia (RBA) to lift the cash rate off of the record-low.

The RBA may gradually alter the outlook for monetary policy as ‘various forward-looking indicators point to solid growth in employment over the period ahead,’ and Governor Philip Lower and Co. may show a greater willingness to implement higher borrowing-costs over the coming months as ‘stronger conditions in the labour market should see some lift in wages growth over time.’ As a result, AUD/USD may continue to gain ground throughout the remainder of the year especially as the pair breaks out of the 2016 range.

However, the RBA may continue to toughen the verbal intervention on the local currency as ‘an appreciating exchange rate would be expected to result in a slower pick-up in economic activity and inflation than currently forecast,’ and the central bank may merely buy more time at the next meeting on October 3 as ‘growth in housing debt has been outpacing the slow growth in household incomes.’

The Australian economy added another 27.9K jobs in July, with the Unemployment Rate unexpectedly narrowing to an annualized 5.6% from a revised 5.7% the month prior even as the Participation Rate climbed to 65.1% from 65.0% during the same period. A deeper look at the report showed the gains were led by a 48.2K expansion in part-time positions, while full-time employment narrowed 20.3K in July. Despite the uptick in the headline print, the Australian dollar struggled to hold its ground, with AUD/USD slipping below the 0.7900 handle to end the day at 0.7884. 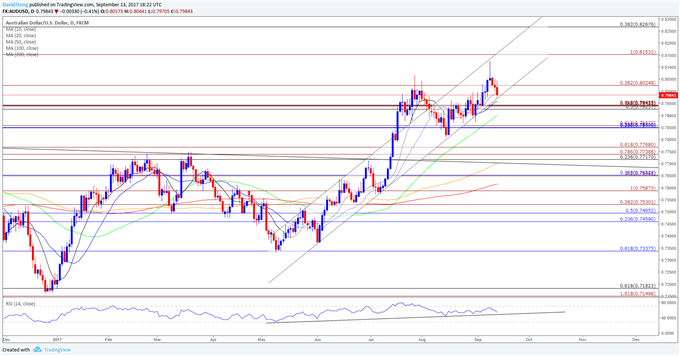 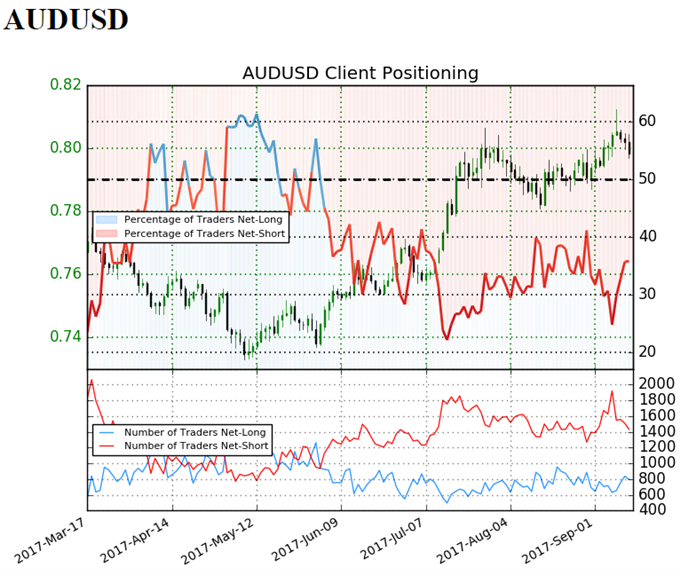