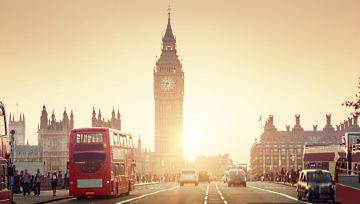 - U.K. Consumer Price Index (CPI) to Pick Up for First Time Since May.

An uptick in the headline and core U.K. Consumer Price Index (CPI) may spark a bullish reaction in GBP/USD as it puts pressure on the Bank of England (BoE) to lift the benchmark interest rate off of the record-low.

Even though the BoE is widely expected to retain the current policy at the September 14 meeting, signs of heightening price may encourage Governor Mark Carney and Co. to prepare U.K. household and businesses for higher borrowing-costs as officials argue ‘the withdrawal of part of the stimulus that the Committee had injected in August last year would help to moderate the inflation overshoot while leaving monetary policy very supportive.’ Nevertheless, the meeting minutes may reveal 7 to 2 split as Sir David Ramsden joins the Monetary Policy Committee (MPC), and the majority may merely attempt to buy more time as ‘GDP growth had been sluggish and was expected to remain so in the near term.’

The U.K. Consumer Price Index (CPI) unexpectedly held steady at an annualized 2.6% in July, with the core rate of inflation exhibiting a similar dynamic as the figure increased 2.4% during the same period amid forecasts for a 2.5% print. A deeper look at the report showed prices for clothing and footwear slipped another 3.0% in July, with the cost for household goods narrowing 1.2%, while transportation costs advanced 1.0% during the same period on the back of easing energy prices. The British Pound struggled to hold its ground following the below-forecast prints, with GBP/USD slipping below the 1.2900 handle to end the day at 1.2866. 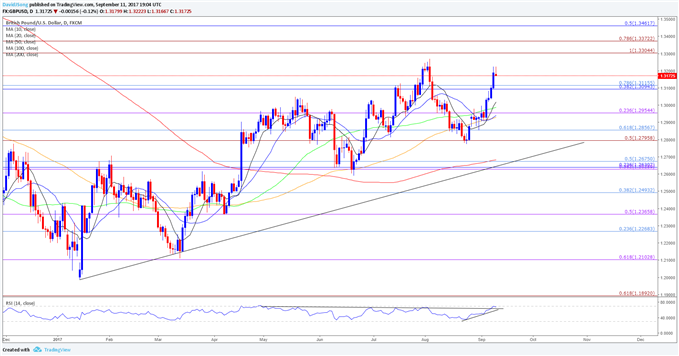 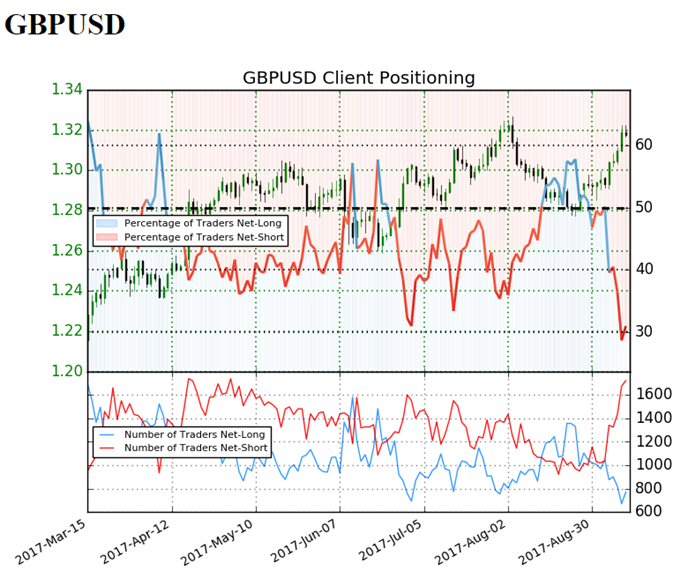