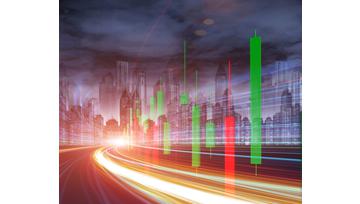 The Reserve Bank of New Zealand (RBNZ) interest rate decision may weigh on NZD/USD as the central bank is widely anticipated to keep the official cash rate at the record-low of 1.75%, and the New Zealand dollar stands at risk of giving back the advance from the previous month should Governor Graeme Wheeler and Co. show a greater willingness to preserve the highly accommodative stance throughout the second-half of 2017.

Even though Governor Wheeler is scheduled to depart from the central bank in September, the RBNZ appears to be in no rush to deviate from its wait-and-see approach as officials pledge ‘monetary policy will remain accommodative for a considerable period.’ In turn, the central bank may keep the door open to further support the real economy as ‘numerous uncertainties remain,’ and more of the same from the RBNZ may generate a bearish reaction in NZD/USD as it drags on interest-rate expectations.

The Reserve Bank of New Zealand (RBNZ) kept the official cash rate at the record-low in May, with Governor Graeme Wheeler and Co. largely endorse a wait-and-see approach as ‘numerous uncertainties remain and policy may need to adjust accordingly.’ Moreover, Assist Governor John McDermott noted that ‘there is an even chance of a hike or a cut in the future’ amid the downside risks surrounding the economy, and the RBNZ may continue tame interest-rate expectations throughout 2017 as the central bank reiterates ‘monetary policy will remain accommodative for a considerable period.’ The New Zealand dollar sold off following the dovish statement, with NZD/USD slipping below the 0.6900 handle to end the day at 0.6849. 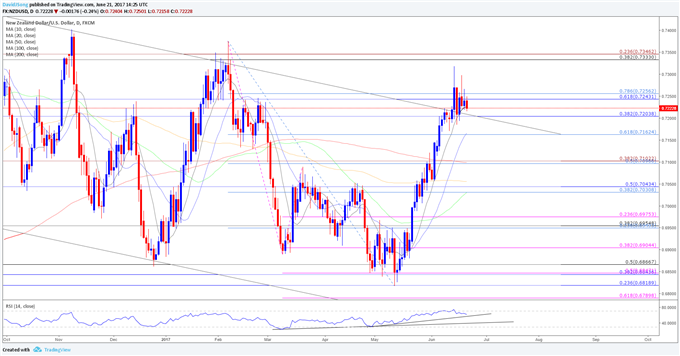 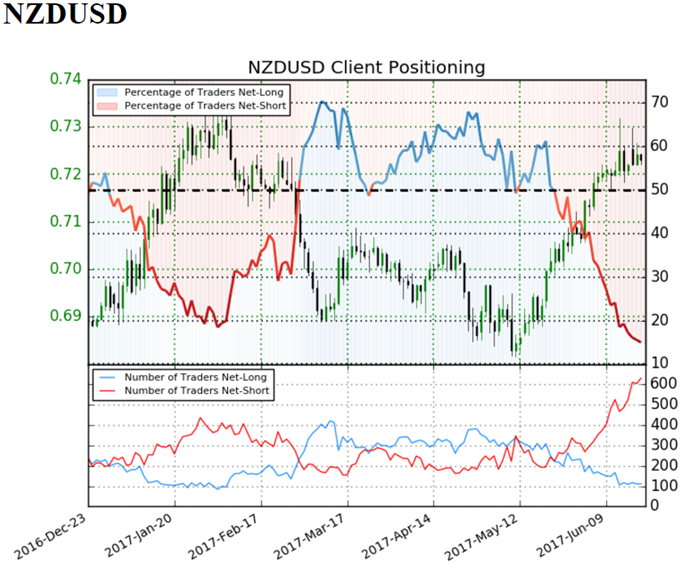 Retail trader data shows 15.0% of traders are net-long NZD/USD with the ratio of traders short to long at 5.68 to 1. In fact, traders have remained net-short since May 24 when NZD/USD traded near 0.69347; price has moved 4.2% higher since then. The number of traders net-long is 11.2% lower than yesterday and 27.5% lower from last week, while the number of traders net-short is 3.6% higher than yesterday and 38.1% higher from last week. For more information on retail sentiment, check out the new gauge developed by DailyFX based on trader positioning.