- Will the ECB Extend the Asset-Purchase Program Beyond December?

The European Central Bank (ECB) interest rate decision may shake up the near-term outlook for EUR/USD as officials release their updated forecasts, and the single-currency may struggle to hold its ground amid reports the Governing Council will reduce its inflation forecast through 2019.

Indeed, the ECB keep the door open to further embark on its easing-cycle as ‘measures of underlying inflation remain low and are expected to rise only gradually over the medium term,’ and a downward revision in the economic projections may undermine the near-term advance in EUR/USD should President Mario Draghi & Co. show a greater willingness to carry its asset-purchase program into 2018. However, unless the ECB decides to move the deadline, the ECB may have little choice but to alter the forward guidance for monetary policy as the quantitative easing (QE) program is set to expire in December. With that said, the resilience in EUR/USD may gather pace over the near-term if the Governing Council shows a greater willingness to further wind down its asset-purchases over the coming months.

As expected, the European Central Bank (ECB) continued to pursue the zero-interest rate policy (ZIRP) in April, while the ‘net asset purchases, at the new monthly pace of €60 billion, are intended to run until the end of December 2017, or beyond, if necessary’ as the Governing Council struggles to achieve its one and only mandate for price stability. The ECB went onto say that ‘a very substantial degree of monetary accommodation is still needed for underlying inflation pressures to build up and support headline inflation in the medium term,’ but the central bank appears to be adopting an improved outlook for the region as officials note the risks surrounding the euro-area are ‘moving towards a more balanced configuration.’ Nevertheless, the Euro struggled to hold its ground as the ECB stuck to the current script, with EUR/USD pulling back from a session high of 1.0933 to end the day at 1.0870. 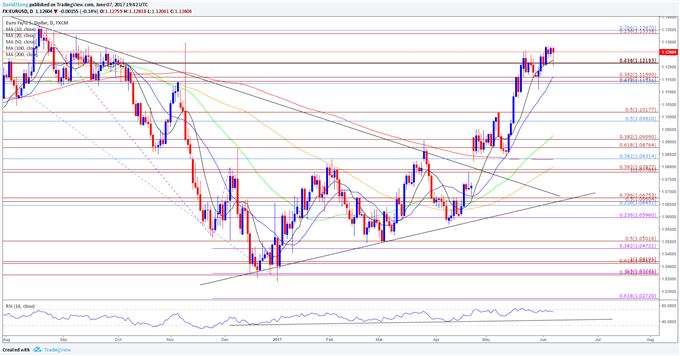 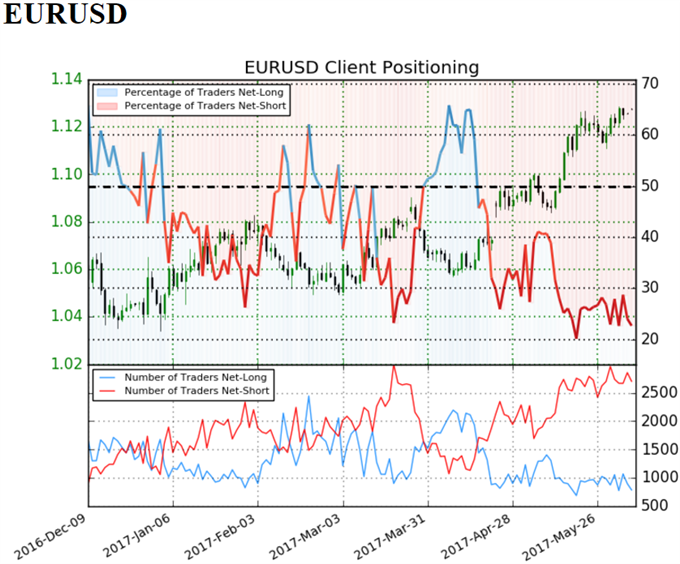