-Will the Reserve Bank of Australia (RBA) Further Support the Economy?

Despite the limited market reaction to the Reserve Bank of Australia (RBA) interest rate decision, the 1Q Gross Domestic Product (GDP) report may undermine the recent rebound in the AUD/USD exchange rate as the economy is expected to expand an annualized 1.6%, which would mark the lowest rate of growth since 2009.

Signs of a slowing economy may push the Reserve Bank of Australia (RBA) to further support the real economy especially as ‘slow growth in real wages is restraining growth in household consumption,’ but it seems as though Governor Philip Lowe & Co. will look through the weakness as officials argue ‘economic growth is still expected to increase gradually over the next couple of years to a little above 3 percent.’ With that said, the RBA may preserve the record-low cash rate throughout 2017, and the central bank may look to gradually normalize monetary policy in the year ahead as ‘the transition to lower levels of mining investment following the mining investment boom is almost complete.’

Australia’s economy grew an annualized 2.4% during the last three-months of 2016 after expanding a revised 1.9% in the third-quarter, with the pickup in economic activity largely driven by an improvement in the terms of trade. The Australian dollar gained ground following the upbeat growth report, with AUD/USD climbing above the 0.7650 region to end the day at 0.7673. 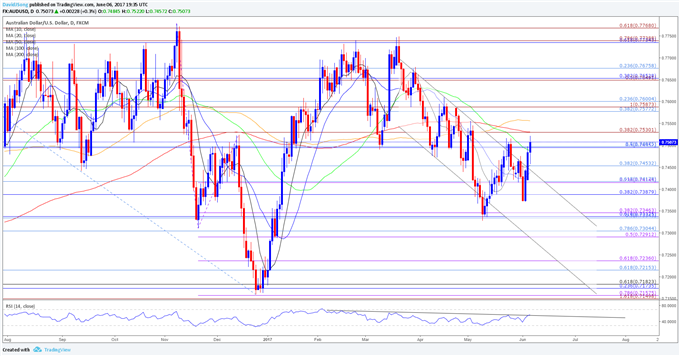 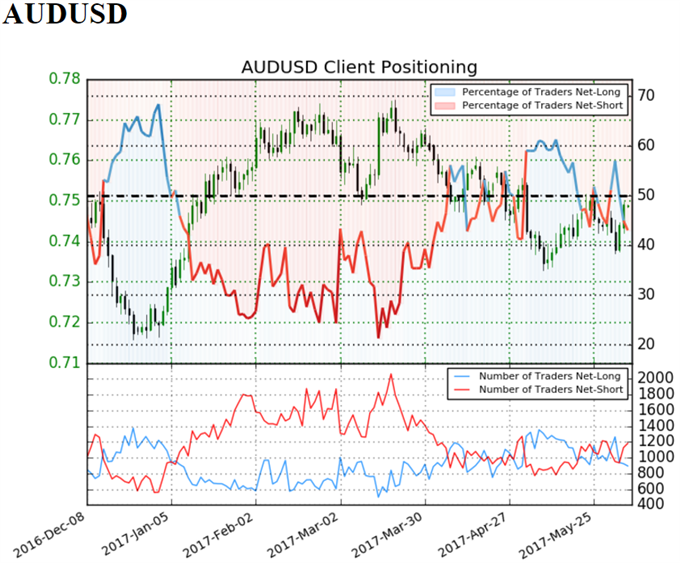