Greater Dissent Inside the BoE to Fuel GBP/USD Relief Rally

- Bank of England (BoE) to Retain Current Policy Following 8 to 1 Split in March.

- Will the Policy Statement Reveal a Growing Rift Within the BoE?

Even though the Bank of England (BoE) appears to be in no rush to lift the benchmark interest rate off of the record-low, the fresh updates to the quarterly inflation report may fuel the relief rally in the British Pound should the central bank highlight an improved outlook for the U.K. economy.

Moreover, the policy statement may reveal a growing rift within the Monetary Policy Committee (MPC) following the 8 to 1 split in March, and a greater dissent may heighten the appeal of Sterling as it boosts interest-rate expectations. In contrast, the majority may merely try to buy more time as ‘Brexit’ continues to cloud the outlook for growth & inflation, and more of the same from the BoE may undermine the recent recovery in the GBP/USD as market participants push back bets for a rate-hike.

The Bank of England (BoE) voted 8 to 1 to keep the benchmark interest rate at the record-low of 0.25%, with Kristin Forbes pushing for a 25bp rate-hike, but the majority appears to be in no rush to move away from the highly accommodative stance as the central bank reiterates ‘monetary policy can respond, in either direction.’ Despite the BoE’s wait-and-see approach, the British Pound jumped following the dissent, with GBP/USD climbing above the 1.2300 handle to end the day at 1.2357. 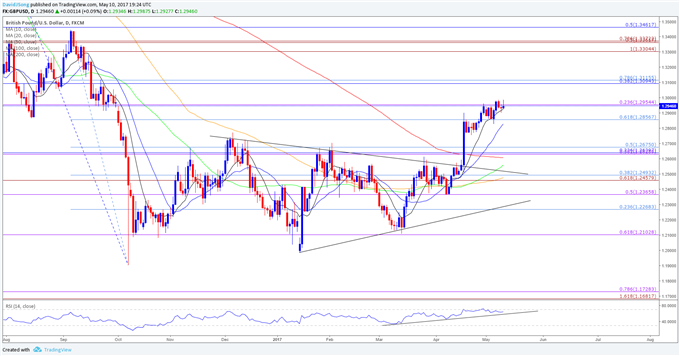 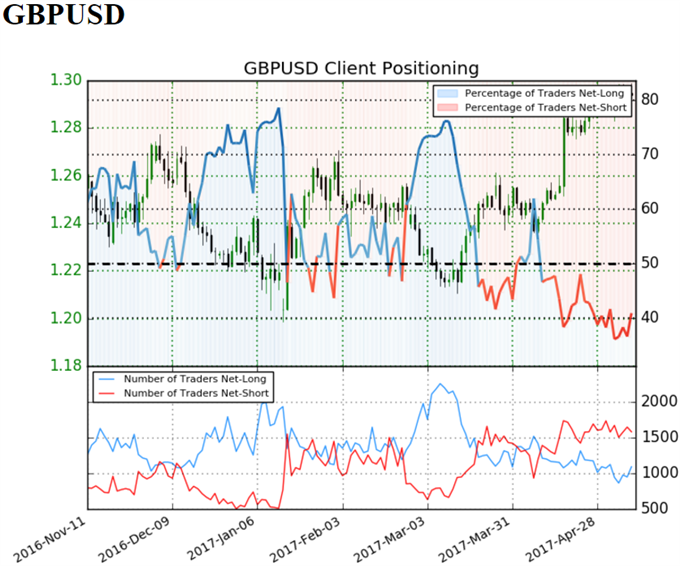 Retail trader data shows 40.9% of traders are net-long GBP/USD with the ratio of traders short to long at 1.45 to 1. In fact, traders have remained net-short since April 12 when GBP/USD traded near 1.23716; price has moved 4.6% higher since then. The number of traders net-long is 13.2% higher than yesterday and 1.5% lower from last week, while the number of traders net-short is 5.9% lower than yesterday and 4.0% lower from last week.For More Information on Retail Sentiment, Check Out the New Gauge Developed by DailyFX Based on Trader Positioning